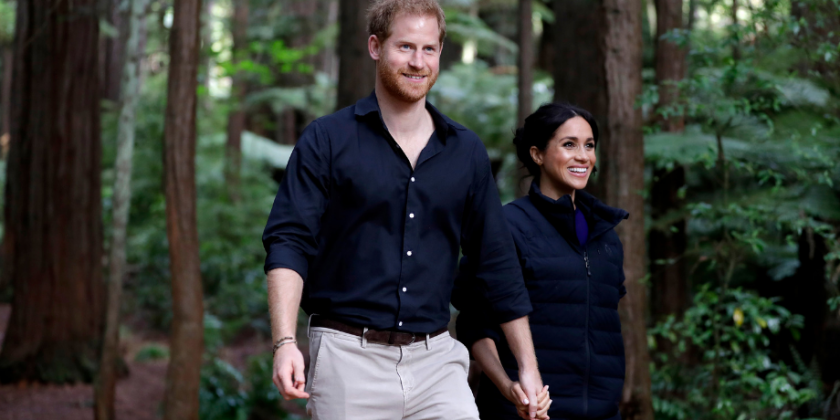 Meghan Markle reportedly has no problem with Prince Harry hunting pheasant on Boxing Day, despite previous reports to the contrary. the Daily Mail reports that a royal source has said that the Duchess Of Sussex has never banned her husband from partaking in the tradition.

“It’s completely untrue that Her Royal Highness has banned the Duke from shooting,” the source said.

According to the Daily Mail, Meghan earned a reputation for being an advocate for animal rights after her former talent agent Gina Nelthorpe-Cowen said that she had previously refused to promote products made from animals.

But as the Express reports Meghan has been spotted wearing clothing made from leather. When she and Prince Harry visited Sussex a couple of months ago, she wore a green lambskin leather skirt by Hugo Boss. Meghan also donned a black leather ankle boots by Givenchy when she visited the Hubb Community Kitchen to see the renovations they were able to do thanks to the cookbook that she helped them to create. There’s also no evidence that she’s vegan. During their engagement announcement video, she and Prince Harry admitted that they were cooking a chicken before the Duke of Sussex got down on one knee and asked her to marry him.

As the Daily Mail notes, Prince Harry did not participate in the Boxing Day hunt last year and many claimed that it was because of Meghan’s influence. But given the recent statement from the palace insider, it doesn’t seem that was true.

“Like Harry, Meghan is very keen to promote wildlife charities and animal conservation. However, Harry believes that shooting is a sustainable field sport and she won’t stop him,” one of Prince Harry’s friends said to the Daily Mail.

Hunting is a common pastime among royals and sources told the British tabloid that Prince Harry has been doing it since he was very young. His mother, Princess Diana, also went along on hunting trips. In 2017, Australian Women’s Weekly published never before seen photos of Diana dressed in hunting gear. In the snaps, she’s dressed in wellies and a heavy coat as she’s accompanying her then-husband Prince Charles on a hunting expedition.

Like Meghan, Princess Diana was also thought to be against hunting. But the Daily Mail reports that she once killed a stag at Balmoral Castle. But it seems unlikely that we’ll see Duchess Meghan joining Harry on the Boxing Day hunt, especially now that she’s pregnant.

The Duke and Duchess of Sussex are delighted to share a new photograph from their Wedding Reception at Frogmore House on 19th May. The photograph, which was taken by photographer Chris Allerton, features on Their Royal Highnesses’ Christmas card this year.

Meghan Markle and Prince Harry will be spending their Christmas with Queen Elizabeth and Prince Philip at her estate in Sandringham, another royal holiday tradition, the Express reports. Prince William and Kate Middleton will reportedly be there as well.