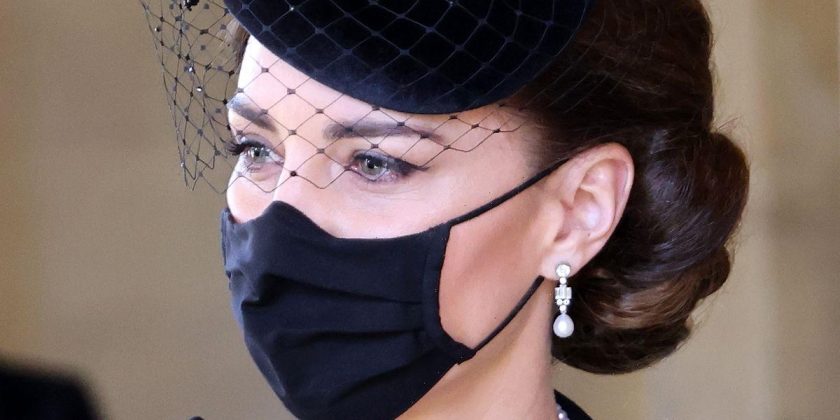 Kate Middleton and Meghan Markle have strict fashion rules they have to follow for the funeral of Queen Elizabeth II.

The late monarch will be laid to rest on Monday 19 September and King Charles III has confirmed it will be a bank holiday to give the nation a chance to grieve and their respects together.

And in the days since the funeral date was confirmed, details about the State Funeral have been released and as per royal tradition, much of it is steeped in history.

One of them is surrounding fashion, and the Princess of Wales and Duchess of Sussex have a particular dress code to follow.

For all of the latest updates, sign up for OK!'s Royal newsletter.

Aside as well as wearing all black, both will also be sporting traditional black lace mourning veils in some form, as this has been a routine at royal funerals for decades.

They are typically crafted from lace, tulle, or fine netting material that allows a person to see through it.

Kate Middleton wore a subtle mourning veil when she attended the funeral of Prince Philip in April 2021.

Working members of the royal family will wear military uniform when present at five ceremonial events during this period of mourning the Queen.

However, there has been muchspeculation surrounding Prince Harry’s funeral attireas it was revealed he will not be in uniform but a morning suit.

A spokesperson for the Duke of Sussex said on Friday: “[Prince Harry] will wear a morning suit throughout events honouring his grandmother.

"His decade of military service is not determined by the uniform he wears and we respectfully ask that focus remain on the life and legacy of Her Majesty Queen Elizabeth II.”

The statement came after royal fans argued that it was only fair thatthe Duke should be able to wear his military uniformafter serving his country for ten years.

Omid Scobie, who co-wrote the biography Finding Freedom about the Sussexes, tweeted earlier this week: "I understand that, unlike Prince Andrew, Prince Harry will NOT be allowed to wear uniform at the final vigil in Westminster Hall.

"No doubt a huge blow for the Duke of Sussex, who served for 10 years and this morning spoke of the Queen being his “commander-in-chief”."

TheDuke of York – who was stripped of his military titles last year – will not wear uniformexcept as a special mark of respect for the Queen at the final vigil in Westminster Hall, sources said.

Instead,Prince Andrewwill wear a morning suit, as he did for Prince Philip's funeral, when his mother is laid to rest.