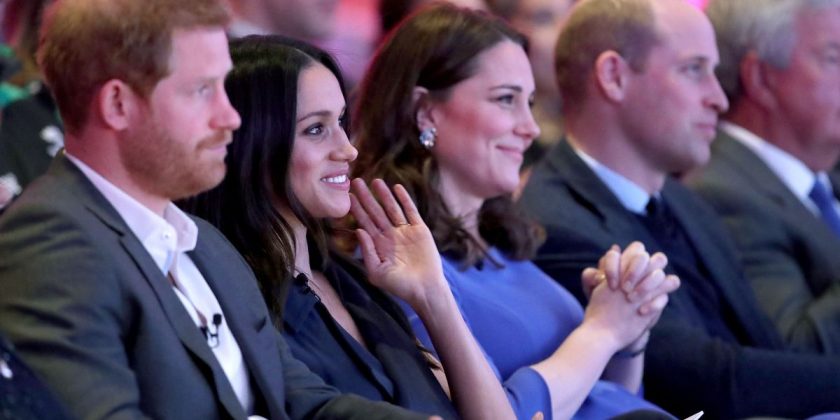 Meghan Markle and Prince Harry will be leaving the gates of Kensington Palace behind them when they move to Windsor in the new year.

The announcement sparked rumours of a rift between the Fab Four, fuelled by reports the Duchess does not get on with sister-in-law Kate.

The couple, who are expecting their first child in the spring, are moving to Frogmore House, which is just up the road from their evening wedding reception venue.

And while many believe moving out could push the brothers even further apart, one friend claims it’s will help all four of them.

Speaking to People, a close friend: "[The move] will be the best thing for all of them.

"Like Meghan and Kate, Harry and William have totally different roles. But the brothers will always come together because they are Diana’s sons."

Rumours of a royal fallout were further fuelled after an insider claimed Meghan and Harry turned down an invitation to stay at Anmer Hall, Kate and William’s Norfolk home, over the Christmas period.

They stayed there last year with Kate, William, George and Charlotte, and apparently the family had a great time. A royal source told The Sun: "There’s not a huge amount of room at Sandringham so it’s quite surprising. Maybe they just want their own space.

"Things are civil between the couples but they don’t spend much time together."

Meghan and Harry will stay with the Queen at Sandringham instead.

Today the royal family came together for the Queen’s annual Christmas lunch at Buckingham Palace.

The event, which is attended by about 50 people, gives her the chance to catch up with relatives who aren’t travelling to Norfolk for the big day itself.

Meghan and Harry arrived in their Audi, following by Kate and Wills who had George and Charlotte in the back seats.