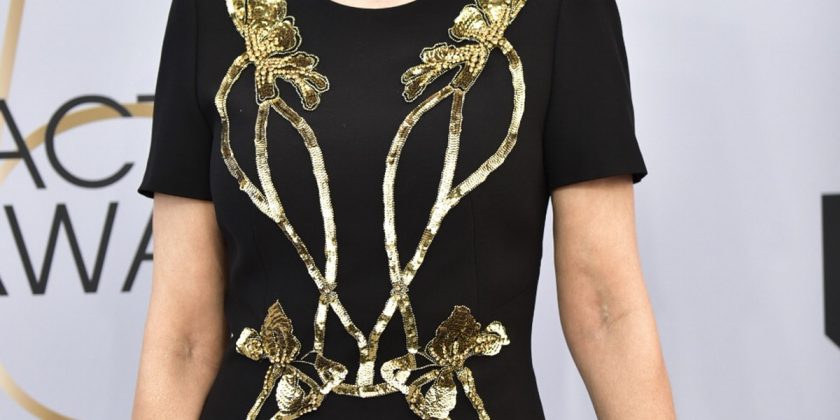 The Screen Actors Guild Awards don’t always have the hype that surrounds the Golden Globes and the Oscars, but the ceremony is just as important, as it’s often a good predictor of what will happen at the Oscars. Luckily, the show found a host that can entertain with the best of them, and Megan Mullally’s SAG Awards monologue made some hilariously spot-on jokes about women’s roles in Hollywood.

"Roles for women continued to break new ground [in 2018]. Glenn Close played a wife, so that’s new," she said. "Melissa McCarthy played a woman who repeatedly apologizes and asks our forgiveness. I was like, ‘What? This is is groundbreaking!’ Emily Blunt played a nanny. And, in another film written and directed by her real-life husband John Krasinski, Emily played a mom who wasn’t allowed to speak. I mean, so great not to have to learn any lines, am I right? That was really thoughtful of you, John." Obviously, there is much more to each of these roles than just these soundbites, but Mullally’s sarcastic attitude made these jokes a hit among the audience.

She also mentioned the notable strides in diversity that Hollywood has made with some big blockbuster films helmed by actors of color in the past year. But Mullally’s jokes definitely turned the topic on its head. "Obviously we still have a ways to go, but in 2018 Hollywood did manage to get a few things right," she began. "They cast black people in Black Panther, so that was good. Asian people in Crazy Rich Asians. That’s a step in the right direction. And a green book in Green Book. You know there was some executive saying, ‘Um, could the book be white?’" 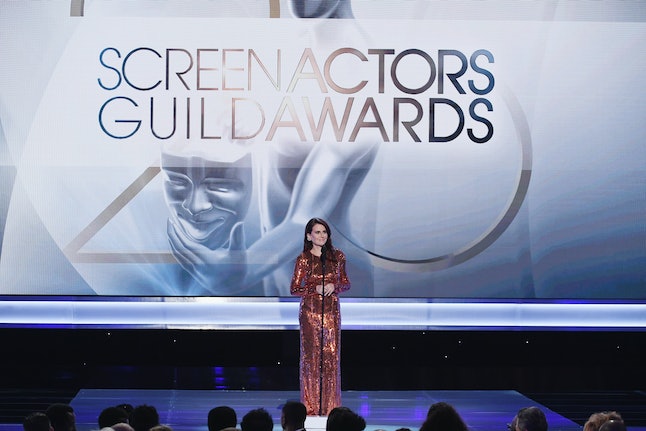 Mullally’s monologue managed to be silly and biting at the same time, while not going on for too long or relying on big musical numbers and theatrics. That’s basically all you can ask for in a host these days. If you didn’t have faith the actor would deliver a hilarious show, then I don’t know where you’ve been for the past 20 years. The Will & Grace star solidified herself as one of the funniest comedic performers in TV history when she began playing Karen Walker back in 1998, and she’s only gotten better since. She won two Emmys for that role, which she’s recently reprised for the Will & Grace reboot, and also took home four SAG Awards and five Golden Globe nominations. Mullally’s been around the block for this ceremony, so she’s a natural choice for a host. 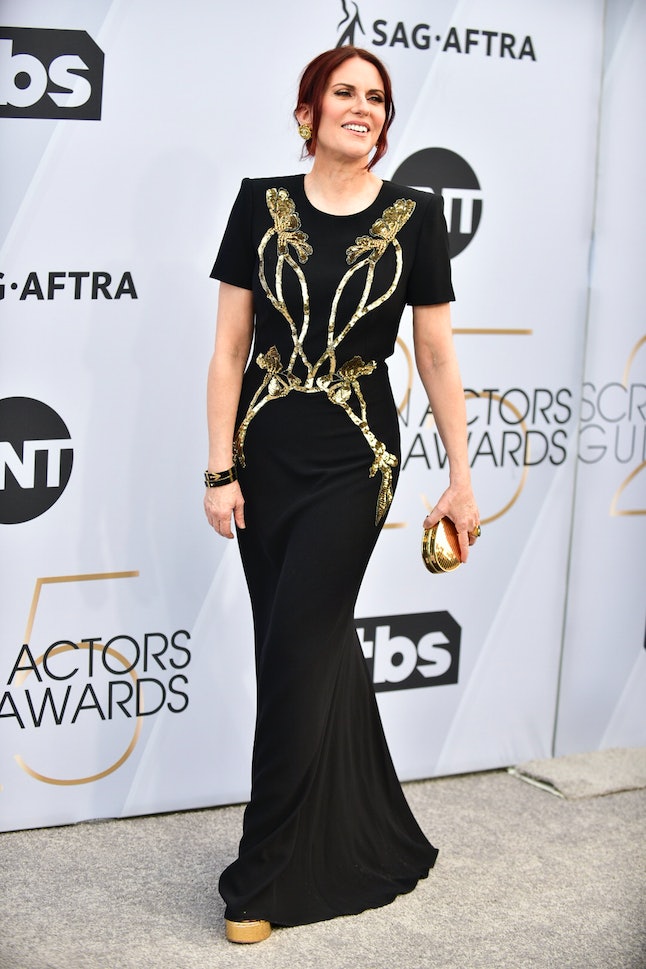 Aside from her Will & Grace legacy, Mullally has popped up in other popular TV shows in recent years, making her a familiar face to many. She made a hilarious cameo this season on The Bachelor, and also made herself a staple guest star of the now-concluded Parks and Recreation, on which her husband Nick Offerman starred. Mullally’s proven time and time again that she’s ready to steal the show no matter what’s going on, and her performances never fall flat. Can she host the Oscars, now, please?