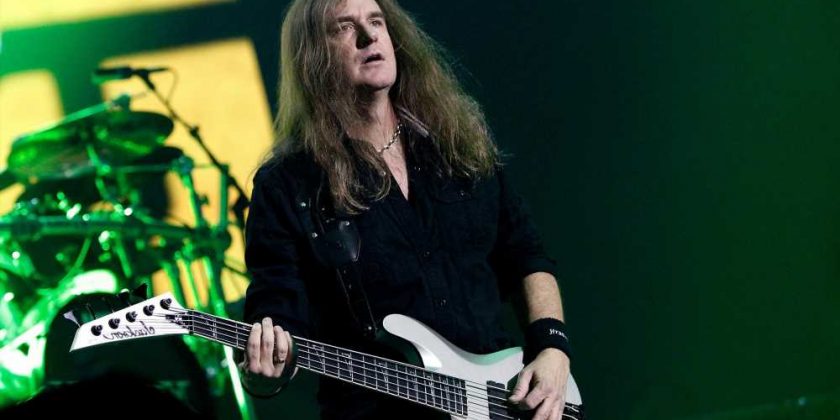 He’s broken his silence to double down on his denial of misconduct allegations.

Megadeth bassist David Ellefson has publicly responded to his recent firing from the band over sexual misconduct claims. The rocker, who co-founded the heavy metal group with lead guitarist Dave Mustaine in 1983, has repeated that claims he groomed an underage fan are unfounded.

“Recently, a very private video was illegally posted on the internet and false allegations were made against me,” Ellefson, 56, told Rolling Stone in a statement. He did not respond to The Post’s requests for comment.

“The actions in the video were between two consenting adults and were recorded without my knowledge,” he claimed in his statement. “I am working with Scottsdale Police Department in their investigation into charges regarding revenge pornography to be filed against the person who posted this video.”

As for Megadeth’s upcoming tour with Lamb of God and appearance at Slipknot’s Knotfest Iowa event in September, “I wish my bandmates the best with their upcoming tour,” he added, noting, “I am taking this time to be with my family.”

A spokesperson for the Scottsdale Police Department confirmed to Rolling Stone that Ellefson had met with police there on Wednesday.

Megadeth informed fans in a Monday tweet signed by Mustaine, 59, that the group was “officially parting ways with” Ellefson. The announcement followed screenshots and clips of Ellefson and a woman’s sexual interactions being circulated online.

In his initial response to the videos, Ellefson wrote on his now-private Instagram account that the clips were “released with ill intention by a third party who was not authorized to have them or share them,” according to Variety.

They showed “private, adult interactions that were taken out of context and manipulated to inflict maximum damage to my reputation, my career and family,” he added.

He also included a screenshot of a statement purportedly from the woman in the videos in which she says that, during the pair’s interactions, she “was always a consenting adult … In the end, it was all consensual and all online.”