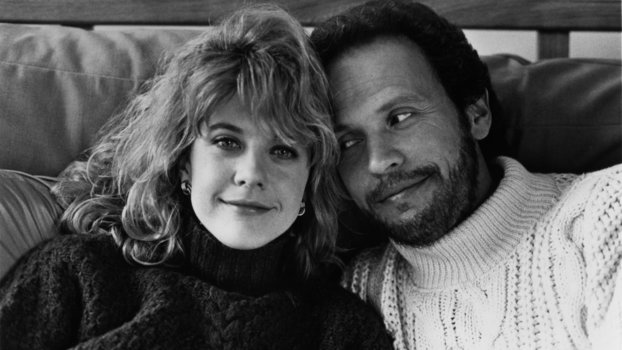 Believe it or not, July marks 30 years since Meg Ryan’s Sally Albright mimicked orgasm amid the overpriced deli meats at Katz’s.

For Ryan, now 57, starring in When Harry Met Sally boosted her career from that of well-liked actress to Hollywood icon. Billy Crystal, too, now 71, found a new footing and audience (which happened to include Princess Diana) with the release of the 1989 rom-com.

“She took your breath away when she got out of the car, and she couldn’t have been more beautiful, more positive, so young and so vital,” Crystal told Entertainment Tonight of meeting the late Princess.

The film’s titular leads, along with director Rob Reiner, celebrated three decades of fandom on Thursday for a screening of the classic at the 10th annual Turner Classic Movies Festival in Hollywood.

Crystal and Ryan walked the carpet together, embracing for photo opps — he in a navy blazer and matching slacks and she in a black suit with a skinny tie, her signature blonde locks tousled at her shoulders.

“It’s the kind of music Billy and I knew how to play together,” Ryan told the screening audience of her and her co-star’s onscreen chemistry.

Though Ryan has taken a step back from acting in recent years, her son with ex-husband Dennis Quaid, Jack Quaid, appears to have picked up her stride. The 26-year-old stars in Maya Erskine (Pen15) led rom-com Plus One, which premieres at Tribeca Film Festival in two weeks and is set to appear in Seth Rogen and Evan Goldberg’s superhero watchdog series The Boys out later this year.

Crystal also has a project premiering at this year’s Tribeca Film Festival: Standing Up, Falling Down — a comedy co-starring Ben Schwartz.

When it comes to success, I’ll have what they’re having.