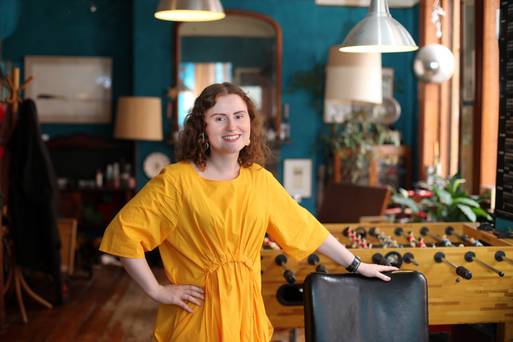 After months of searching and planning, I’m finally moving flat this week, and it’s been a real shock to the system. Yes, there’s the stress of packing up your life and carting a dozen boxes from one side of the city to the other.

But then there’s the near-endless list of menial admin tasks necessitated by a move: register with a GP, get a TV licence, change the address on my bank account, donate unwanted clothes, and so on and on and on.

If you’re aged 40 or above (or you’re one of those smug, organised young people that like to scoff at your peers), this may read like a garden variety to-do list, yet it’s one that I’ve been studiously avoiding. Much easier, then, to focus on the more pressing aspects of the move, on work, on the items that fill the top half of my to-do list, such as making meals, doing laundry or cleaning. Those urgent tasks aren’t the ones that linger, week after week, on my list; it’s the low-priority errands that have started to feel like a burden.

It’s something the writer Anne Helen Petersen captures beautifully and brutally in a viral Buzzfeed essay on “millennial burnout”. Petersen begins by trying to figure out why she’s struggling with what she calls “errand paralysis”. She couldn’t be burned out – that’s something only high-powered lawyers and their ilk have to deal with.

In exploring her own inability to tackle seemingly simple errands, she comes to the realisation that burnout is “the millennial condition”: “Why can’t I get this mundane stuff done? Because I’m burned out. Why am I burned out? Because I’ve internalised the idea that I should be working all the time. Why have I internalised that idea? Because everything and everyone in my life has reinforced it – explicitly and implicitly – since I was young.”

Petersen writes from a specifically white, middle-class, able-bodied academic perspective, but the particular set of anxieties she articulates has resonated with those born between the early 1980s and 2000s.

It’s the sense that your downtime isn’t really downtime, because there’s always an opportunity for more work, something that has been drilled into us since school. Every year, in the months leading up to exam season, we hear a parade of experts bemoan the toxic nature of the points system, yet we continue to pump out graduates engineered for work, work, work.

In Transition Year (otherwise branded the doss year), 16-year-old me decided to spend my mid-term on additional work experience placements to give me an ‘edge’. Why did I need an ‘edge’? From our early school days throughout college, we felt like we were building towards a career with a capital C. Petersen cites the words of Malcolm Harris, author of Kids These Days, who describes millennials as being “optimised” for labour from childhood. It’s why the rebuke that we’re “lazy” stings so much.

But that capital C-career has changed dramatically, as the traditional nine-to-five job, with paid healthcare and pension, teeters toward extinction. Now there are those patching together a living with multiple service jobs; tech workers doing 80-hour weeks that no amount of free salad or table tennis can ease; teachers spending their ‘free time’ preparing lesson plans; freelance workers without paid time off who are scared of saying no to a gig or, god forbid, getting sick. We’re doing more and more work, for less and less reward.

So when it comes to returning clothes bought online that don’t fit or posting a book borrowed from a former classmate – what Petersen calls “high-effort, low-reward tasks” – I keep telling myself, “later”. I used to think that if I was working, eating, cleaning and seeing friends regularly, my life would feel pretty full and fulfilled. But I can’t shake the feeling that the work I’m doing isn’t enough, that what I’m eating might be killing me, that my cleaning products are hurting the planet and that everyone else has a much better handle on it all than I do. It’s exhausting.

When I moved to the UK last year, it took me three months to set up a bank account. I was bounced from one bank to another, had appointments cancelled and letters go missing, and spent what felt like hours on hold. It seemed an exorbitant amount of time and effort when I could just keep using my Irish account and brook the mounting charges for each foreign transaction.

After starting a new job recently, I had to submit a form to update my tax code. This meant chasing down my P45 from my old job, then finding an internet cafe to print out the form, complete it by hand and scan it back in. Like so many other tedious tasks, this errand glared at me from my to-do list for weeks before I sorted it out, as I lost hundreds of euros in the meantime to emergency tax. One theory is that, for millennials (often diminished as the ‘me me me’ generation), it’s easier to ignore tasks that only we suffer the consequences of not doing – errands that impact our work, our families or our studies jump to the top, while we let the ‘me’ tasks slide.

Another is that these are the kind of tasks that cannot be ‘optimised’ for efficiency, and demand that you devote time waiting in line. It doesn’t help that companies have engineered their services to be as arduous for the customer as possible. As Petersen puts it: “The harder it is to submit a request for a reimbursement, the less likely you are to do it.”

Added to this is the phenomenon known as “decision fatigue”. We are over-saturated with choices, which is why I haven’t gotten around to renewing my prescriptions or getting my hair cut or having my teeth cleaned. The abundance of options can feel immobilising.

Of course, none of these are satisfying excuses. But they are symptoms of a larger, shared experience of burnout. And it’s not something you can cure with a massage, a yoga class or holiday. These may offer quick fixes, but they won’t answer the deeper issues. Petersen suggests that functional adulthood – or, to use its twee nickname, ‘adulting’ – is about completing your to-do list. “But everything goes on the list, and the list never ends,” she explains. Your whole life, from birthday celebrations to getting a dog to moving home, is reduced to a series of checkboxes, each another anxiety-inducing point on your already bloated to-do list.

Although I believe my generation faces a specific set of pressures that define our experience of burnout, I can see how anyone working today can feel emotionally spent and struck by doubts about their own value. It may be impossible to eradicate burnout altogether, but one way to soothe it may lie in how we treat others: rather than competing over who is the most tired or busy or stressed, we should try to understand and empathise with each other and, crucially, avoid creating situations that provoke more burnout.

Instead of attempting to solve burnout by folding our clothes into rectangles or practising ‘sleep hygiene’ or going vegan, we need to think beyond ourselves and find a collective response. And while it may still take me time to confront those overdue errands, at least I know I’m not alone.