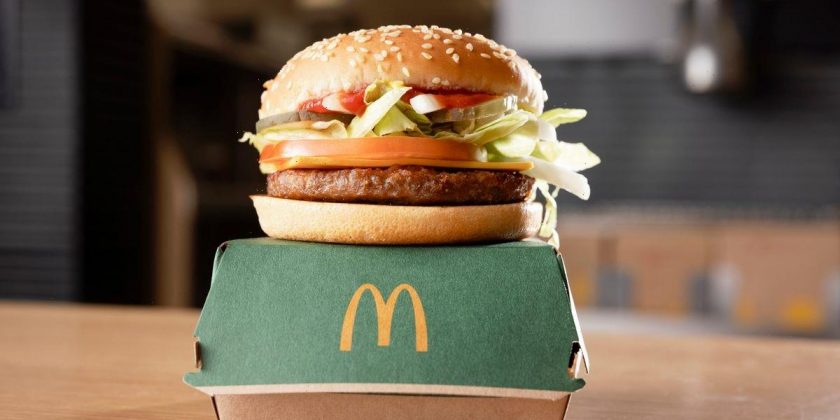 If there’s one thing we associate with McDonald’s it’s the company’s range of juicy burgers. But last year, McDonald’s UK and Ireland announced that it was making some changes to its menu in order to help achieve net zero emissions by 2050 — it was trialling a plant-based burger in 250 restaurants.

After this was a success, the company has now revealed that its vegan McPlant burger will be a permanent fixture on its menu.

Based on the McDonald’s Quarter Pounder with Cheese Deluxe, the McPlant burger took the foodies at McDonald’s three years to develop and to perfect the recipe.

However, coming in at 429 calories, the vegan meat-alternative is almost 200 calories less than its meaty counterpart.

And according to fitness, wellness guru and nutrition expert Penny Weston, the fast food chain’s latest launch may leave people pleasantly surprised by the potential of vegan food.

“Because it's made from Beyond Meat it will taste very meaty too so lots of people won't be able to tell the difference between that and a meat alternative,” she said.

“It’s high in protein meaning people will feel fuller for longer which helps to reduce overeating too.”

Having launched on 5 January, the release coincides with Veganuary.

Given thatmore than 582,000 peoplepledged to eat zero animal products in January 2021, the McPlant burger means that anyone looking to adopt a plant-based diet needn’t cut the fast food chain out of their diets.

“The fact that they've introduced a vegan burger is definitely a positive thing because it's allowing vegan food to be more easily accessible for so many millions of people.

“I actually think it's brilliant because I think it will encourage more people to eat plant-based foods rather than a traditional meat burger,” Penny added.

Following the trial, which took place in September 2021, diners have been quick to take to social media to express their love for the burger.

“As a non vegan I can highly recommend the #McPlant burger it is probably my go to meal from McDonalds now #converted,” wrote one Twitter user.

“I don't know what they put in the mcplant at McDonald's but it's definitely the best burger there,” commented another.