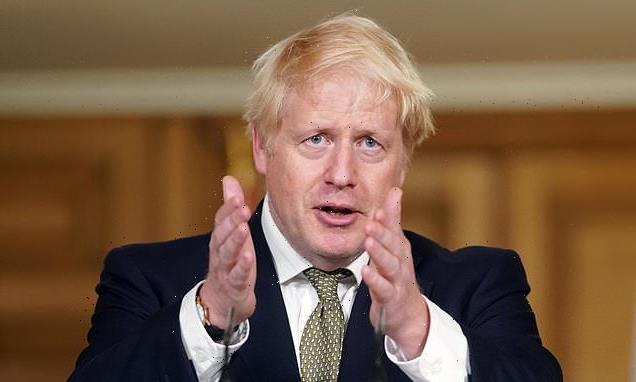 MATTHEW GOODWIN: The Conservative Party is at risk of extinction… for the sake of the country, Boris and Rishi MUST do a deal

There is no easy way of putting it. The Conservative Party is at risk of extinction.

The past few weeks have been nothing short of traumatic for the country, of course, but for the party they have represented an existential crisis.

Tory factions have been inflicting all-out war on one another – and now a new leadership contest threatens to reopen old wounds.

Labour has established an unprecedented lead over the Conservatives. According to a poll I conducted earlier this week, the Tories have only 14 per cent of the vote.

But there is a path back to normality. This historic crisis is an opportunity for the Conservatives to unite behind their two most prominent figures: Boris Johnson and Rishi Sunak. 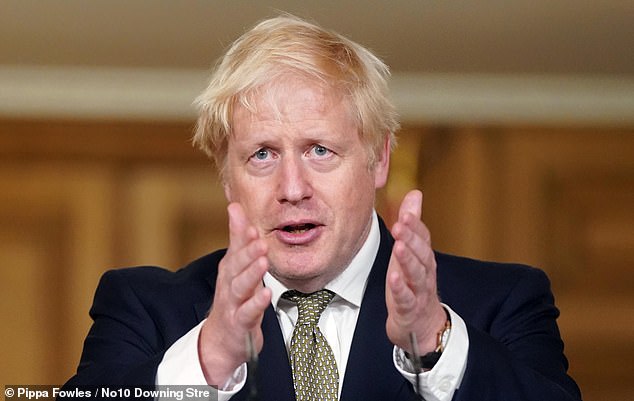 They worked well together in the not-so-distant past, too: delivering an impressive Covid vaccine programme, a furlough scheme that saved millions from unemployment and a financial package that prevented countless businesses from going under during the pandemic. The former PM is pictured above at a press conference in the pandemic

Inconceivable as it seems given the furious rancour that has characterised the Tory party in recent months, and the difficult history that marks the two men’s relationship, there are reports that Boris and Rishi’s respective camps are willing to entertain the prospect of a ‘deal’ that would see them both holding senior offices in a new Conservative government.

They must proceed with this. If Boris and Rishi came together, the figureheads of a fresh administration, I believe the Conservatives would at last have a chance of reconnecting with the millions of voters who have become so disgusted with the party’s chaos and factionalism. It is a partnership that Sir Keir Starmer would find daunting.

Other leadership contenders such as Penny Mordaunt must stand aside. Perhaps a place in government could be found for her. But the last thing the party and the country need is another divisive and acrimonious bloodbath.

Boris and Rishi may not see eye to eye on everything, but that is the strength of their unique combination. 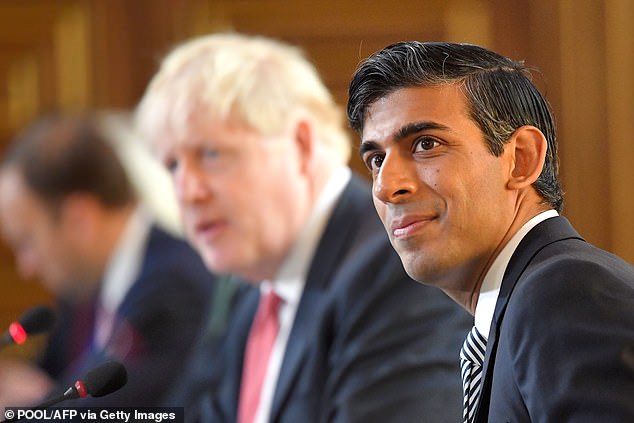 They are both men of great political ability, who love their country and want it to succeed. Boris has a unique talent to galvanise, to entertain, to instil optimism in ordinary people. Rishi, calm and fluent, understands economics: and we need a number-cruncher at the heart of government given the recent chaos in the markets.

They worked well together in the not-so-distant past, too: delivering an impressive Covid vaccine programme, a furlough scheme that saved millions from unemployment and a financial package that prevented countless businesses from going under during the pandemic.

After the turmoil of recent months, it’s easy to forget how impressive these achievements were.

More pointedly, Boris ‘cut through’ to voters back in 2019 – as his landslide victory showed. He can do so again in the ‘Red Wall’ northern seats that lent their votes to the Conservatives at the last election because they admired his stance on Brexit and feared the prospect of a Jeremy Corbyn government. Rishi would provide unique ballast – restoring a sense of order and propriety that seems recently to have deserted the party.

They cannot do it alone, of course. They will need to form a Cabinet comprising the best of their party, drawn from all its wings and uniting its members in a common cause: to do their best for this country.

After 12 years in power, there is a wealth of ministerial experience and expertise on which the pair could draw.

They also need to promote a new generation of Conservatives – including some of the Red Wall MPs – who can bring fresh ideas.

As I know from my own polling, the Conservative Party is no longer seen as competent or trustworthy. Instead, voters believe it to be a divided, inward-looking rabble.

But one of the reasons it is one of the most successful parties in the Western world is that it has always managed to reinvent itself.

With voters facing soaring bills, and a hot war with Vladimir Putin looking ever more likely, it can and must do so again.

The country is crying out for competent, coherent and calm leadership. Boris and Rishi can deliver this – and now they must unite to achieve it.