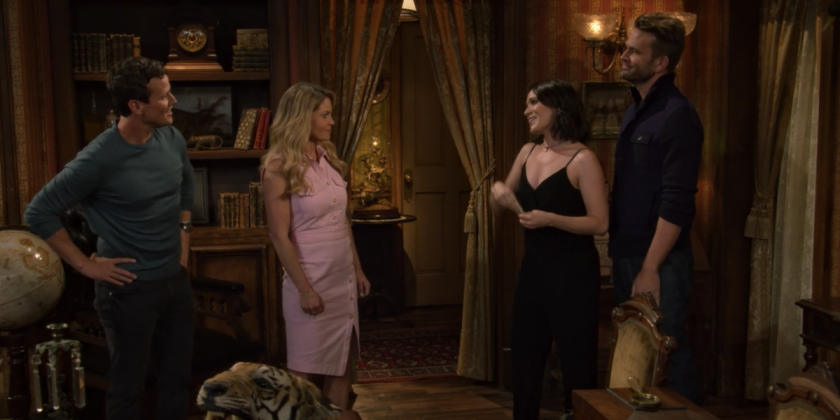 If you thought D.J. officially choosing to date Steve instead of Matt would be the end of the hot vet on Fuller House, you’re thankfully wrong. Matt is still on Season 4 of Fuller House, and he has a familiar girlfriend now too. Matt is dating Gia on Fuller House, which is basically D.J.’s worst nightmare. Don’t worry, she isn’t upset because she regrets dumping Matt for Steve. She’s just upset because D.J. hates Gia. She always has, and she probably always will.

Their feud goes all the way back to Full House, because teenage smoker Gia was not the best influence on D.J.’s little sister Stephanie. And, on Fuller House, because Gia is still not as prim and proper as D.J., they continue to not see eye to eye. Plus, in a previous Fuller House season, D.J. blamed Gia’s daughter Rocki for being a bad influence on D.J.’s son Jackson. No matter how much time passes, D.J. just can’t get around to ever liking her sister’s schoolmate.

So when D.J. learns that Matt’s new girlfriend is Gia, she can’t handle it. Not only are Gia and Matt super cutesy and in love (they call each other Lil’ Bunny and Big Thumper), but they work really well together as a couple. For all her faults, Gia communicates well with Matt during an Escape Room double date with Steve and D.J. And, she’s shown supporting him when he wins a business award for his vet clinic. D.J. may not be Gia’s biggest fan, but it seems like Matt moved on with the right person for him. 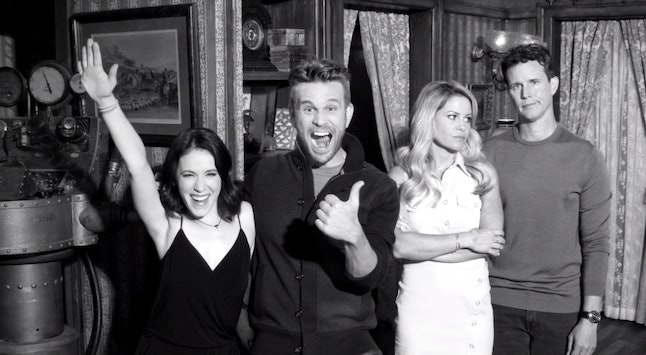 But even though D.J. is over Matt, and she is friends with him and probably wants him to be happy — she’ll probably never be OK with him dating Gia, specifically. Decades have passed and D.J. still calls her "smoking in the bathroom Gia." And when Gia accidentally spills vodka on D.J. while the two are chaperoning the prom, D.J. storms off — renewed in her anger over Gia’s bad girl behavior. When Steve asks D.J. what happened, D.J. answers, "Gia. That’s what happened. Of course, that could be the answer to anything."

D.J. is usually a ray of sunshine and positivity to everyone. D.J. even got Steve’s ex-fiancée to like her again — and D.J. literally ruined that wedding and stole Steve away from the bride-to-be. If D.J. can solve that kind of rift, it’s kind of surprising that she can’t get over this thing with Gia. But, it is refreshing to see that even the upstanding oldest Tanner sister can sink to bitter levels when faced with a nemesis. Nobody’s perfect, not even D.J., so long as Gia is around.

And considering that Jackson and Rocki have an on-again-off-again romance, Rocki’s mom Gia is probably going to continue being on the show, so D.J. better get used to it. And while she may not make all the choices D.J. does, Gia does seem to be a good match for Matt and their relationship is strong. So count on them to go the distance — whether D.J. likes it or not.