Disputes over history and phonics have taken much of the attention during the debate over Australia’s proposed new national curriculum, but the teaching of maths has also split the profession and divided some states from the Commonwealth.

At the heart of the argument are two methods of teaching. The traditional style, explicit instruction, involves the teacher fully explaining and demonstrating each new skill and reinforcing it with practice. But a proposed new Australian curriculum has swung towards “inquiry-based learning”, which requires the students to figure out part of the problem for themselves as the teachers use questions, problems and real-life scenarios to help them learn through individual thought and investigation. 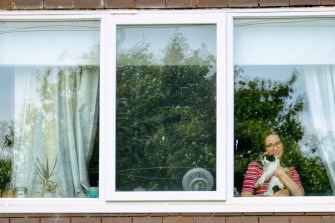 Colin Chapman, one of Victoria’s new master teachers and a member of the Australian Curriculum, Assessment and Reporting Authority’s teacher reference group for mathematics, summed up the difference, saying: “If you’re looking at multiplication, let’s say, is it more useful to know your eight times tables by heart, or to recognise that to multiply any number by eight you just have to double it three timesrsi?” he asked.

Rote memorisation can only take a student’s knowledge so far, Mr Chapman said, after which point a student must apply their knowledge to a broader set of real-life examples. A good system of teaching maths draws on both methods.

But when education ministers met this month to consider the new curriculum, the Commonwealth and Western Australia rejected the approach to maths, saying it veered too much towards an inquiry method.

Stuart Robert, the acting federal Education Minister, said after the meeting that it did this at the expense of the “mastery of mathematics”.

The initial draft version of the curriculum released for consultation in April last year also drew criticism from the Australian Mathematical Sciences Institute, which said some of its members had “considerable concern” that a stronger emphasis on problem-solving and inquiry would come “at the expense of mastery and fluency”.

Dozens of maths teachers, lecturers and concerned parents signed an open letter to the Australian Curriculum, Assessment and Reporting Authority attacking the proposed curriculum as “confused and confusing”, and too heavily slanted towards inquiry learning.

“The learning of the multiplication tables, for example, is first addressed only in year 4, where it is framed in terms of ‘patterns’ and ‘strategies’,” the letter complained.

Ministers are due to meet again in April in another attempt to find consensus on the draft curriculum, which has been tweaked since last year, though those changes have not been revealed publicly.

Part of the concern stems from Australia’s slide down the rankings against other OECD member states.

Australian results in maths have declined further than any country but Finland since the Program for International Student Assessment (PISA) began global tests in 2003. When the latest results were published in 2019, Australia had dropped three years behind OECD leader Singapore. 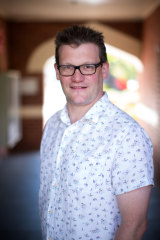 Greg Ashman says students are paying the price for the modern obsession with inquiry-based learning techniques in the mathematics curriculum.Credit:Simon Schluter

Albert Park College head of mathematics Rachael Gore supports the inquiry-based approach. She says it’s not enough for her students to be proficient at maths: she wants them to love it.

“I want them to have fun with it and to play with it and to see it as playful because mathematics … allows us to generate new knowledge about the world and solve modern problems,” she says.

But independent school Ballarat Clarendon College takes an explicit approach to teaching maths and numeracy from prep right through to VCE. The school’s head of research, Greg Ashman, argues that an inquiry-based approach risks causing cognitive overload, confusion, and ultimately even a dislike of maths.

“Whereas we fully explain everything, so students get a sense of achievement because they can do it, and I believe that builds motivation,” he says.

Academically, Ballarat Clarendon College is one of Victoria’s highest performing schools, but Mr Ashman says its explicit approach to mathematics is out of step with the times.

“Every graduate teacher that we interview thinks that explicit teaching is bad and inquiry learning is good,” he says. “All the stuff that comes from university faculties of education, from professional development, pushes people towards some kind of inquiry style of learning, the view that kids learn best by figuring things out for themselves.”

Peter Sullivan is an emeritus professor at Monash University and was the lead writer of mathematics in the current version of the Australian curriculum. He is wary of an overly explicit approach to maths teaching.

“Do we want the kids to follow recipes, or do we want them to think about maths for themselves?” he asks.

The reality inside classrooms is that students will encounter both methods, often within the same lesson, said Mathematical Association of Victoria chief Peter Saffin. The association was comfortable with the draft curriculum presented last year and is eager for it to be approved so that schools can begin to adopt it next year.

“There’s a lot of dichotomies in discussion being created that it should be one or the other,” Mr Saffin says. “In fact, we would advocate for a mixed approach that suits the kids at their point of need in learning.”

“Good maths teaching is actually both,” she says.

Fascinating answers to perplexing questions delivered to your inbox every week. Sign up to get our new Explainer newsletter here.

Most Viewed in National