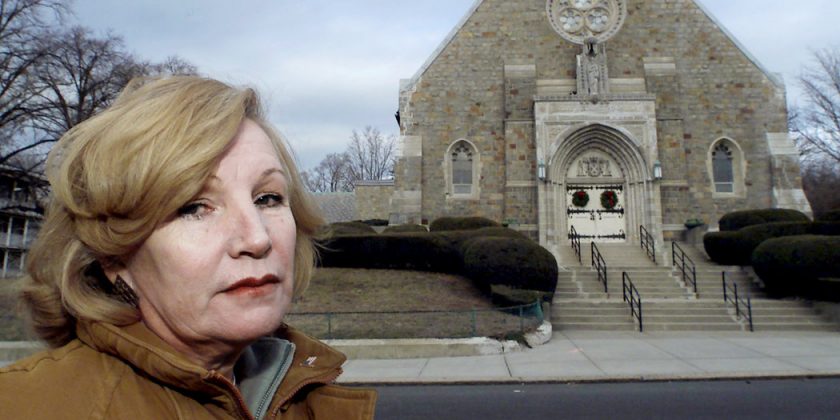 Maryetta Dussourd was a young mother in Boston in the late 1970s, caring for her daughter and three sons as well as a niece’s four sons, when her parish priest took an interest in the boys.

As a devout Roman Catholic, Ms. Dussourd was honored that the priest, the Rev. John J. Geoghan, visited often, taking the boys out for ice cream and going up to their rooms at night to pray with them.

While the priest was upstairs, Ms. Dussourd and her husband, Ralph, watched television. Sometimes they saw as many as three half-hour programs before Father Geoghan came back down. He would make regular visits over two years.

Then the couple learned that the priest had been sexually molesting all seven boys. The oldest was 12, the youngest was 4.

Ms. Dussourd reported the abuse to Catholic officials, but the church suppressed her complaints and quietly transferred the priest from her parish, St. Andrew the Apostle Church in Boston, to other parishes, where he continued to abuse children.

Still she persisted, and after two decades Ms. Dussourd, hundreds of other families and victims of pedophile priests would break through the church’s fortress of secrecy, leading to a full-blown scandal, first reported by The Boston Globe in 2002. In Boston, as many as 250 priests were accused of molesting and in some cases raping about 1,000 children over four decades. The scandal spread to dioceses around the country and abroad.

Ms. Dussourd’s complaints about the abuse, and letters by her sister to two archbishops, provided crucial evidence that the church hierarchy had known what was going on, covered it up and allowed it to continue.

Ms. Dussourd died on May 24 at home in Boston, her daughter Alicia Dussourd said. She said her mother had had breast cancer for several years.

The Dussourd family's paper trail — referred to in the 2015 movie “Spotlight” — helped force Cardinal Bernard F. Law to resign in disgrace as Boston’s archbishop in 2002. At the time, he was the nation’s most senior Roman Catholic prelate.

“Maryetta was a trailblazer in establishing the complicity of Cardinal Law,” Mitchell Garabedian, a Boston lawyer who represented her family and hundreds of victims of clergy abuse, said in a telephone interview.

Cardinal Law’s resignation was a stunning turn of events, showing how the scandal had reached the church’s highest echelons.

Father Geoghan (pronounced GAY-gan) was accused in court documents of molesting at least 130 children — including the seven boys in Ms. Dussourd’s household.

By 2002, the archdiocese had paid $10 million to settle claims from more than 50 of his accusers. In 2003, Mr. Geoghan — by then convicted of groping a boy, serving a prison sentence and removed from the priesthood — was strangled to death by a fellow inmate; the inmate said he had been molested as a child and found Mr. Geoghan despicable.

While he was abusing Ms. Dussourd’s sons and grandnephews, including performing oral sex on them, fondling their genitals and forcing them to fondle him, Father Geoghan ordered them not to tell anyone what he was doing, especially not Ms. Dussourd. She would not believe them, he warned, because she loved the church more than she loved them.

When she finally found out, Ms. Dussourd directed her anger at herself, blaming herself for having welcomed the affable Father Geoghan into her home.

“As a mother, she always felt guilty because she put her children in harm’s way, unknowingly,” Alicia Dussourd said in a telephone interview. 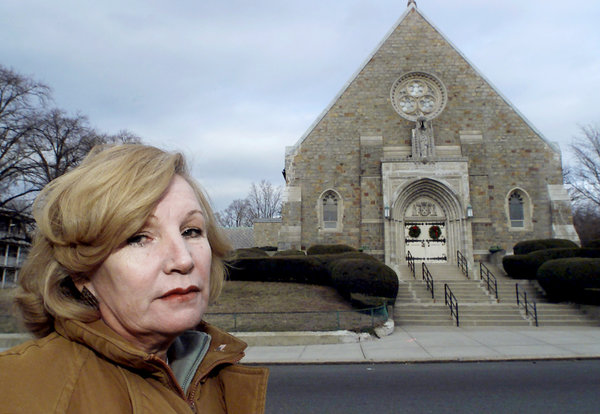 Terry McKiernan, president of BishopAccountability.org, a nonprofit group that tracks priests accused of abuse, said that he had visited Ms. Dussourd a couple of years ago and that the matter had very much been on her mind.

“She still spoke of it with deep grief and agitation,” he said. “It brought tears to her eyes, even this long after.”

Maryetta Boland was born on Aug. 17, 1944, in Swampscott, Mass., north of Boston, to James and Margaret (McCormack) Boland. Her parents were both born in Ireland and met in Boston. Her father initially found work as a chauffeur, her mother as a domestic worker; he later became a handyman and she a hospital aide.

Maryetta graduated from St. Augustine’s School in South Boston in 1963 and began work as a secretary. She went on to hold numerous retail jobs, including at Goodwill and at food outlets, in some instances rising to managerial positions.

In 1965 she married Ralph Lafayette Dussourd, with whom she eventually had seven children — Ralph, Daniel, Edward, Margaret, Marietta, Christopher and Alicia. The couple divorced in 1988. Ms. Dussourd’s children survive her, as do 13 grandchildren, two great-grandchildren and a brother, Jack Boland.

In addition to working and raising her own children, Ms. Dussourd raised a niece’s sons for a time. The niece had lost an infant daughter to crib death and was distraught, so Ms. Dussourd took custody of the boys.

That gesture was typical — Ms. Dussourd was always helping other people. “She was a very strong activist in the community,” Alicia Dussourd said. “She helped feed the elderly and the homeless. My school had bad air quality, and she got them to fix it. She always wanted to protect people, especially children, from any type of harm.”

Beyond that, her life revolved around her faith. She attended prayer groups and church several times a week. She met Father Geoghan at St. Andrew the Apostle Church, where he was the parish priest in the late 1970s, and invited him home, hoping he would be a role model for the boys.

Too frightened to tell their mother what was going on, the boys finally told Margaret Gallant, one of Ms. Dussourd’s sisters, who then told Ms. Dussourd.

Ms. Dussourd reported the abuse to the church and asked that Father Geoghan be pulled from service as a priest. She wanted to go to the police and sue the church, she testified in a legal proceeding in 2001, but church officials talked her out of it. They told her the church “was bigger than we were, and we wouldn’t be believed, and we probably couldn’t afford legal counsel,” she said.

But while she did not involve the police, she continued to press the church internally to remove Father Geoghan. He was put on “sick leave” temporarily and shuttled from parish to parish, all the while continuing to have access to children. Ms. Dussourd was shunned by many of her fellow parishioners.

In 1982, her sister, Ms. Gallant, wrote a letter to Cardinal Humberto S. Madeiros, the archbishop of Boston, expressing anger that nothing had changed. Two years later, when Father Geoghan was still at a parish, she wrote another letter, this time to Cardinal Law, telling him explicitly that Father Geoghan had sexually molested seven boys in her extended family, was still functioning as a priest and was still associating with children.

The letter to Cardinal Law disappeared from the archdiocese files, but in preparation for Father Geoghan’s criminal trial in 2002, Ms. Dussourd, whose sister had died, brought a copy to light. It was among a handful of “smoking gun” documents showing that Cardinal Law had been fully aware of Father Geoghan’s pedophilia.

By the time Cardinal Law was forced out, an estimated 1,200 priests nationwide had been accused of sexually abusing at least 4,000 children over six decades.

Ms. Dussourd did sue the church, which settled with her in 1997 under terms that were not disclosed. The next year, the church defrocked Father Geoghan and removed him from the priesthood.

But Ms. Dussourd found little comfort in that. She felt betrayed by the church and stopped attending. Instead, she joined survivors in demonstrations and vigils.

Anne Barrett Doyle, co-director of BishopAccountability.org, said it was often the most devout Catholic families who were targeted by predator priests, in part because those families were the most trusting.

“Maryetta was a victim of her faith,” Ms. Doyle said. “But her story and her willingness to share it helped change history.”