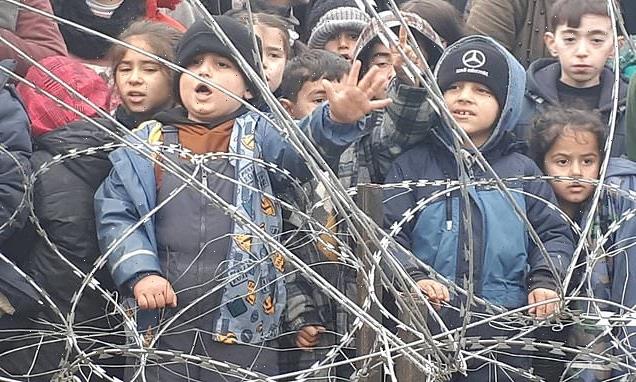 Pawns in a chilling power game: MARK ALMOND on the global drama unfolding in Eastern Europe

For much of this month the eyes of the world have been focused on Glasgow, where world leaders have been wrestling with climate change.

Meanwhile, 2000 miles away, and with a lot less fanfare, another global drama has been unfolding.

The gathering of thousands of would-be immigrants to the EU on the border between Eastern Europe’s last dictatorship, Belarus, and Poland is creating a crisis that, if mishandled, could have consequences every bit as grave as those debated at Cop26 – but far sooner. Yesterday, the temperature rose further when Russian paratroopers started landing in Belarus – just 20 miles from the Polish border. This was the Kremlin showing its backing for its only ally in Europe.

On paper it does not look too alarming. Yes, the thought of Russian troops mobilising will always prompt a chill in the West, a legacy of the bad old days of the Cold War. But for most of us, Belarus is a remote outpost and its politics reverberate little beyond its borders. The truth is, however, that the mounting tensions there should be of great concern to all of us.

Located between the EU and Russia, and crossed by major continental transit routes, Belarus is strategically important. To the west, it borders three former communist countries (Latvia, Lithuania and Poland) which are now members of Nato and the EU. To the east lie Russia and the Ukraine. 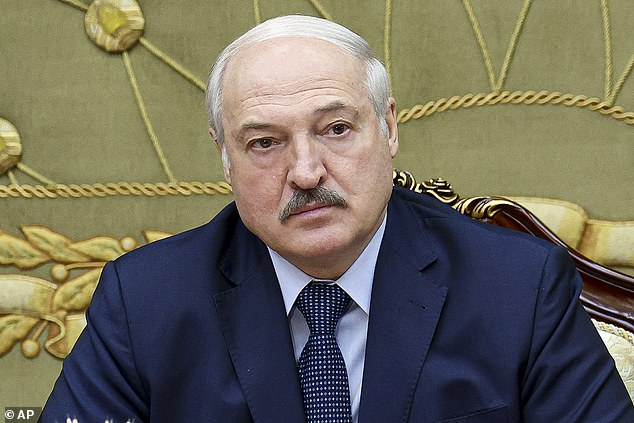 Against this already volatile superpower rivalry, Belarus’ authoritarian leader, president Alexander Lukashenko, has stepped up his own standoff with his Western neighbours, writes Mark Almond

The Belarussian capital, Minsk, is just 400 miles from Moscow – spitting distance in that vast, sprawling location – and the two countries are allies of longstanding.

Discontent and conflict has been simmering in the region since 2014, when Russia annexed the Crimea and backed separatist rebels in the Donbas region of south-east Ukraine, to the consternation of Western leaders.

In recent days these tensions have escalated after the Ukraine used a drone to attack a rebel post earlier this month, infuriating the Russians. They have now moved their own troops – together with tanks and artillery –towards the Ukrainian border.

Enter the Americans, who only a few days ago warned European allies that Russia’s mobilisation could be in preparation for an invasion of Ukraine’s eastern borders.

Against this already volatile superpower rivalry, Belarus’ authoritarian leader, president Alexander Lukashenko, has stepped up his own standoff with his Western neighbours. His disputed- victory in the country’s 2020 presidential election, which was mired in widespread allegations of vote-rigging and mass protests against which he instigated a brutal crackdown, led to EU sanctions.

Now Lukashenko wants to punish the EU for daring to sanction him – and ‘weaponising’ migrants from the Middle East is his latest ploy. In recent weeks, Belarus has granted tourist visas to thousands of Iraqis, Syrians and some Africans, and then helped them try to cross into the EU via its bordering countries – mainly Poland, which has deployed 15,000 troops to hold them back. 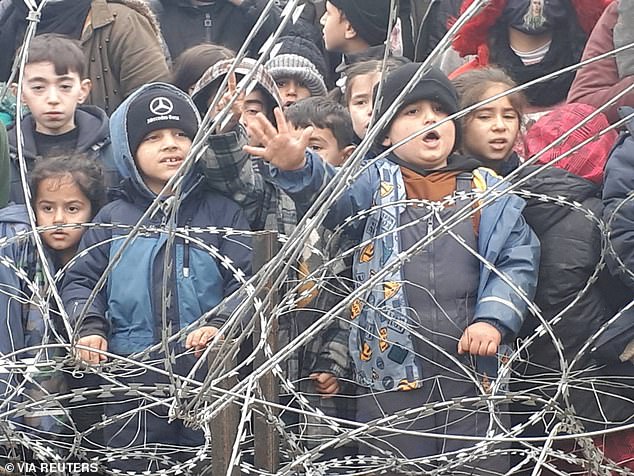 Many of the migrants – mainly young men, but including some women and children – are now stranded at the border in deteriorating conditions

Many of the migrants – mainly young men, but including some women and children – are now stranded at the border in deteriorating conditions. In response, the European Commission has accused Belarus of state-sponsored people smuggling, while Lukashenko is playing up Western ‘hypocrisy’ on human rights and free movement.

Yet the current migrant crisis on the Polish border, and that in the English Channel, could be harbingers of graver things to come. Warmings of a famine in Afghanistan may lead to an exodus next year.

Lukashenko is also provoking the West on a second front as he tries to ‘weaponise’ Europe’s energy supply crisis, threatening to block the pipelines through his country which supply Russian gas to Europe. It might upset his Russian backers but would certainly harm us as the depths of winter approach, with gas prices already spiking. And Lukashenko calculates that Vladimir Putin will back him to the hilt for fear of a pro-Western government replacing him in Belarus if he falls – a strategy now rattling nerves in NATO. 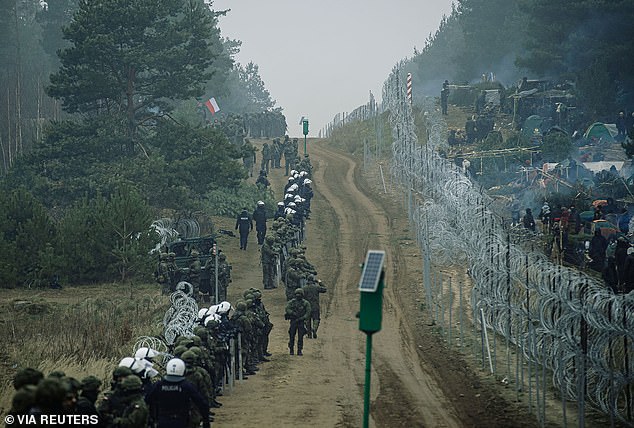 Lukashenko is also provoking the West on a second front as he tries to ‘weaponise’ Europe’s energy supply crisis, threatening to block the pipelines through his country which supply Russian gas to Europe

History has too many examples of how quickly tensions in Eastern Europe can escalate with dire geo-political consequences. Lest we forget, in 1914 a small crisis in the Balkans dragged the members of the then big alliances – Britain, France and Russia against Germany and Austria-Hungary – into the First World War. It is not too hard to imagine that, even if Moscow and Washington do not want a war, a simple shot fired by a border guard or provocation by Lukashenko could set these tensions spinning out of control.

Britain, like America, has sent token forces to support the Poles, but the real danger is that if tensions spike, Putin might gamble on the West blinking first. Would we?