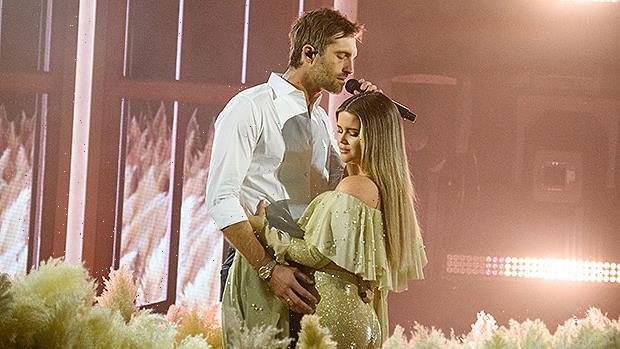 While taking the stage with her husband at the ACM Awards, Maren Morris looked amazing in a gold crop top and pants combo.

Maren Morris hit the stage for an incredible performance at the Academy of Country Music Awards. The singer sang alongside her husband, Ryan Hurd, at the award show. They performed their duet “Chasing After You” and sounded amazing together! Maren also looked incredible. She wore a pair of sparkling, gold, high-waisted pants, paired with an off-the-shoulder crop top. Her hair was long and straight, cascading down her back to complete the ensemble.

Before the performance, Maren walked the red carpet and looked gorgeous, wearing a plunging gown that glittered with a sparkly hue. The dress’ fabric wrapped around her neck and cinched her waist as it hugged her figure to the ground. The look was complete with Maren’s hair styled straight and parted down the middle. She wore a minimalistic makeup look to let her dress do the talking, as well. 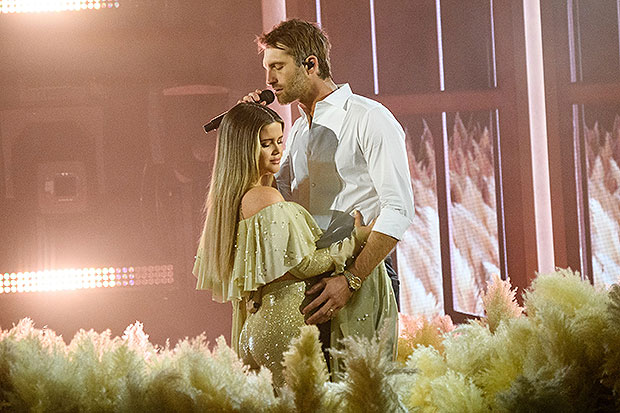 The 2020 ACM Awards actually took place in September, as they were pushed back from their original April date amidst the coronavirus pandemic. With the pandemic still looming in the United States in 2021, the show followed similar safety protocols this time around as viewers saw in 2020. Unfortunately, this meant that there was no ‘official’ red carpet, and the stars didn’t all gather in one room to celebrate the evening.