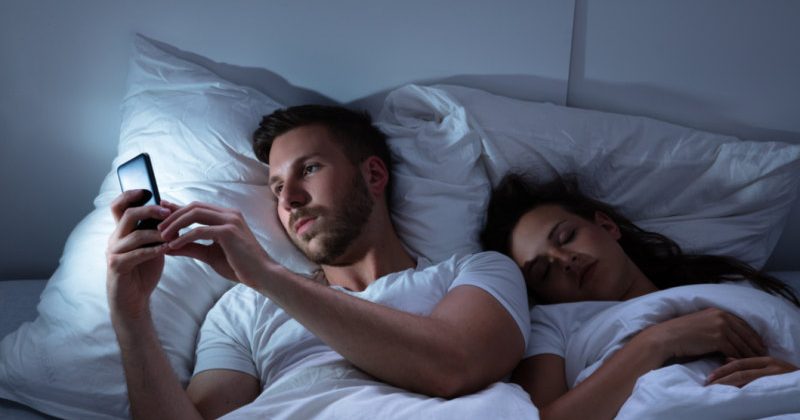 Here’s an unexpected side effect of being a relationships writer: people talk to me about their relationships. I’m like a Jewish female priest; I am forever taking confessions. I’ve gained insights into the marriages of strangers and heard endless stories of affairs.

And let me tell you: there are a lot of affairs. Infidelity is rife. Pretty much everyone has cheated, or been cheated on, or been the confidante of someone who has. 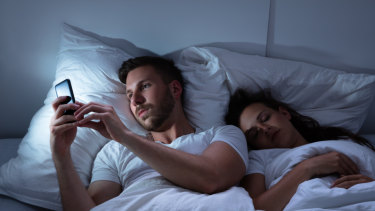 “What you generally see in infidelity is that in order to manage the tension about what you’re doing to your spouse, you need to do a lot of psychological gymnastics to make it okay,” explains Elisabeth Shaw.Credit:Shutterstock

Frequently, when I hear someone discuss their own infidelity, they’ve included a rationale.
My wife doesn’t appreciate me, they say (and yes, they really do say that, t’s not just in the movies), or my husband neglects me. It’s their justification, their reasoning, the explanation for seeking comfort outside the marriage.

It makes sense. Marriage is tough, particularly after the first few loved up years, and when people are not getting intimacy in their primary relationship, they may seek it elsewhere.

But there’s another story I hear, not quite as frequently, but regularly. I love my spouse. There’s nothing wrong with my marriage. I just like to have sex with other people.

In other words, there is a reason that people have affairs that has nothing to do with the quality of their marriages.

Famed relationship expert Esther Perel has written extensively about happily married philanderers and has written about it in The Atlantic.

"I meet … people who assure me, “I love my wife/my husband. We are best friends and happy together,” and then say: “But I am having an affair.”

Over a third of people actively seeking affairs on the internet (as surveyed by a married-dating agency) consider themselves happily married.

It’s hard to estimate how many cheating partners are happy in their marriages, but a new statistic can give us a rough idea. Extramarital dating service Ashley Madison (‘the affair website’) asked users whether they regretted their infidelity (nearly 90 percent said they did not) and if they regretted marrying their spouse. Whilst 63 per cent of respondents said that they would not marry their spouse again, given the chance, the remaining 37 per cent of users reported that they would.

In other words, over a third of Ashley Madison members – people who are actively seeking affairs on the internet – consider themselves to be happily married.

Elisabeth Shaw, CEO of Relationships Australia NSW, believes this statistic is accurate. She sees “a lot of people who fight very hard to keep their relationship” after an affair is uncovered, and many who manage to do so.

What’s more, she explains, a large proportion of affairs are opportunistic and/or work related. There are certainly married people who troll for sex online (I nod; I’ve seen a few of them on Tinder), but many people fall into unplanned liaisons with work colleagues or friends.

It seems that many people who have affairs consider themselves to be happily married, which is concerning for those who seek to "affair proof" their relationships (and the websites and books that promise to show you how).

But wait! There’s a twist.

Even when adulterers report having problems in their marriages, the issues may be far less severe than they report, or even think.

“What you generally see in infidelity,” explains Elisabeth Shaw, “is that in order to manage the tension about what you’re doing to your spouse, you need to do a lot of psychological gymnastics to make it okay.”

People who are having affairs will often nurse their resentments and dissatisfactions in order to validate their own behaviour. “Instead of taking their complaints to their partner so that they can work on the relationship,” says Shaw.

“They watch their partner fail them, then use this as the fuel to justify their affair.”

So where does this leave monogamy? Should we all just embrace non-monogamy and give up the fidelity ghost?

Well, Ashley Madison certainly wants us to, but Elisabeth Shaw is a little more circumspect.
“Monogamy is not the only way forward,” she says, “but the difference between non-monogamy and infidelity is the transparency. One is agreed upon and the other is not.”

And, of course, even consensual non-monogamy is fraught. You can be honest with each other and the other people involved, but you cannot control other people’s feelings. Sex partners develop emotional connections, feelings get hurt, boundaries need to be negotiated … It all sounds rather exhausting.

So what’s the answer? Well, if Esther Perel and Elisabeth Shaw don’t have it, then I certainly don’t either. I do suspect, however, that honesty is a good start. And that maybe, just maybe, we all need to calm down a bit about infidelity.

But feel free to send me your thoughts. The Jewish female priest is in session.