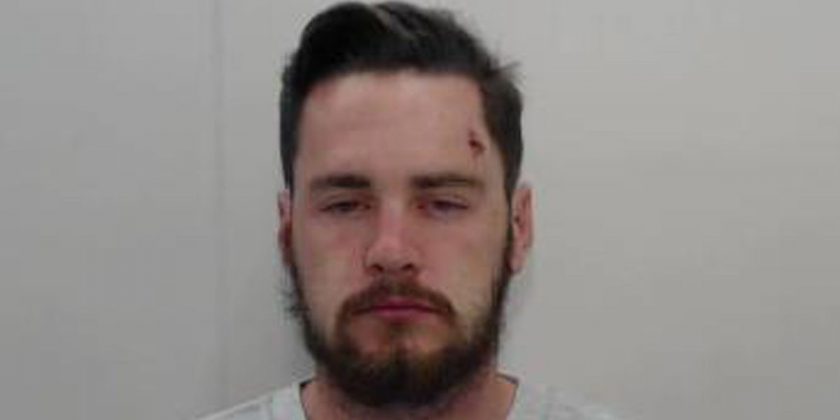 A man who killed his friend by running him over in a ‘rage’ outside a social club has been jailed for life,

Jonathan Snape, 30, was handed a life sentence after jurors found him guilty of murdering Nathan Marshall, also 30, and the attempted murder of another man.

Police say Snape was ‘blinded by unexplainable rage’ when he caused carnage at the The Salisbury Club in Stockport on Sunday, May 27.

The convicted murderer had arrived at the social club with his then-pal Mr Marshall and other friends to play pool earlier that evening, reports the Manchester Evening News.

But a brawl broke out with Snape punching one man and knocking a woman unconscious as she tried to intervene.

As she hit the ground, Snape began beating the man with his fists, who by this point was using pub furniture to try and protect himself.

The trouble spilled outside and Snape, who had been ordered to leave the club, got behind the wheel of a black Audi A4.

Snape drove the Audi towards a woman, who had shouted at him after diving out of the way of the car.

She managed to lock herself inside the club after Snape chased her on foot and started smashing up the windows of the building.

The out-of-control offender started fighting other people before jumping behind the wheel of the Audi.

He drove the car towards the crowd, ploughing into Mr Marshall and another man, Aaron Baker.

Mr Marshall, 30, was dragged under the car and fatally injured while Mr Baker was thrown up into the air before landing on the windscreeen.

Snape appeared to try and drag Mr Marshall into the car but eventually drove off, police said.

The Audi was later found abandoned on the M60 motorway after he crashed into the central reservation. Snape handed himself in the following day.

Mr Marshall died of what police described as ‘catastrophic’ injuries.

Snape was found guilty of murder and attempted murder after a trial at Manchester’s Minshull Street Crown Court.

Snape also pleaded guilty to dangerous driving, section 20 assault and section 47 assault. He will serve a minimum of 24 years before being considered for release.

Detective Inspector Andy Butterworth, of GMP’s Major Incident Team, said: “Blinded by unexplainable rage, Jonathan Snape tried to cause as much damage as he possibly could, starting inside the club.

“Once outside he used a car to drive at a crowd of people causing serious injuries to one man and catastrophic injuries to Nathan, which sadly resulted in his death.

“Although he may not have intentionally targeted Nathan, he clearly didn’t give a second thought about the potential consequences of his actions. I don’t know what he expected would happen when he decided to use a car as a weapon and drive at speed towards another person.

“He will now spend at least the next 24 years at least in prison and have to live with the death of Nathan on his conscience, which is nothing more than he deserves.”