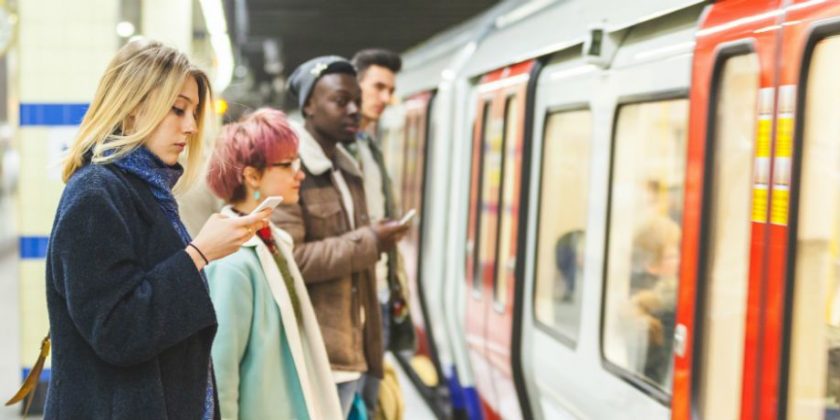 When a NY man found a lost purse containing an envelope full of cash on a subway train, he didn’t hesitate to turn it in to the police.

New York resident Richard Taverna was riding the subway Thursday morning when he made a surprising discovery. At the station at Lincoln Center in Manhattan he found a blue Chanel purse abandoned. In hopes of finding some identification regarding the owner, he opened the bag only to find an envelope stuffed with cash. He could have easily pocketed the money and went on his way, but that thought never even crossed his mind, according to CNN.

Instead he considered the person who had misplaced the bag and how much stress they must be under to have lost such a large quantity of money. Taverna wanted to ensure the bag was returned to the true owner, so he decided to take it home and go through the rest of the contents. He spread out the cash across his kitchen table and soon realized there was even more than he realized. “I opened the envelope, and there was a big stack of money,” he said.”Somebody lost $10,000,” he recognized, “so obviously they’re probably going through a lot of duress.”

He also found a handwritten note, but it was in Russian and he was unable to decipher any of the information. Eventually he decided to drop the bag and all of its contents off at the New York Police Department’s 20th Precinct. When asked why he made the decision he did, he replied quite simply, “Well it wasn’t mine.”

As it turned out, the owner of the purse had stopped by that very same precinct just hours before to report it missing. She was originally from Russia and on her way back home for the holidays, police later confirmed. The money set aside in the envelope would pay for her travels. It was by great luck that her bag had been found by someone as honest as Taverna.

Many are praising the kind subway rider, even calling him a good samaritan. In today’s society where so many are focused on personal gain, the story of Taverna’s thoughtfulness warmed many hearts. During the holiday season especially, it is particularly uplifting to hear about someone who knows the true meaning of Christmas and human decency. Taverna could have easily taken the money for himself and used it towards his own financial needs, as others likely would have done. As his story quickly went viral gaining him media attention, he was surprised by the public interest. Returning the purse was “something most people would have done,” he told CNN.