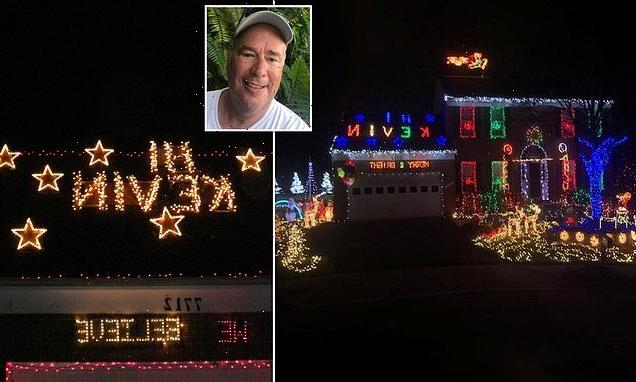 A man has made a heartwarming tribute to his teenage neighbour who died of cancer by spelling his name in Christmas lights for the past 20 years.

Mike Witmer, 56, from Gaithersburg, Maryland, says passers-by are always confused to see the words ‘Hi Kevin’ incorporated into his festive design every year.

The father-of-two first started the tradition in 2002 when his then nine-year-old neighbour Kevin was diagnosed with cancer.

Mike, who works as a land surveyor, said: ‘Kevin was a cool kid in the neighbourhood – he swam on the local swim team with my kids and we all became friends. 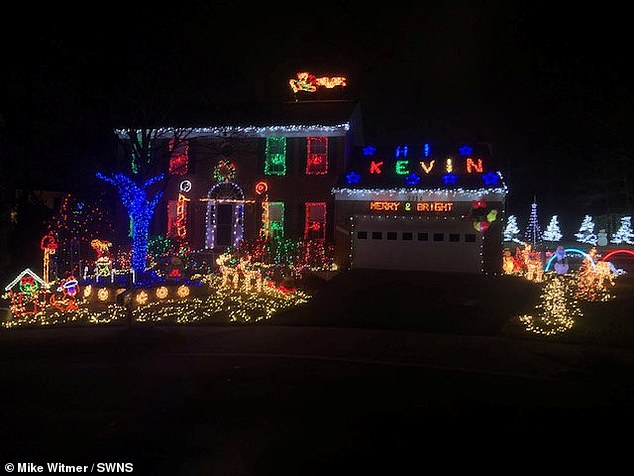 Mike Witmer has been incorporating his late neighbour’s name into his Christmas light display for 20 years. Pictured: Mike’s home – with a ‘Hi Kevin’ sign – lit up this year

‘When I heard he had cancer and was going through chemo and radiotherapy, I wanted to support him.

‘I had this idea to write ‘Get Well Kevin’ in my Christmas lights – what 11-year-old doesn’t want to see their name in lights, cancer or not?’

When Kevin began treatment for lymphoma in late 2002, it was unclear whether he would be able to spend Christmas at home with his family.

But on December 23, doctors discharged him so he could spend the festive season with his loved ones – which prompted Mike to create his first festive lights tribute. 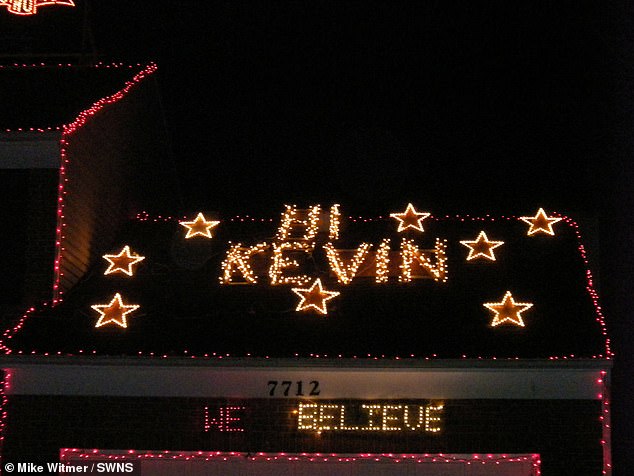 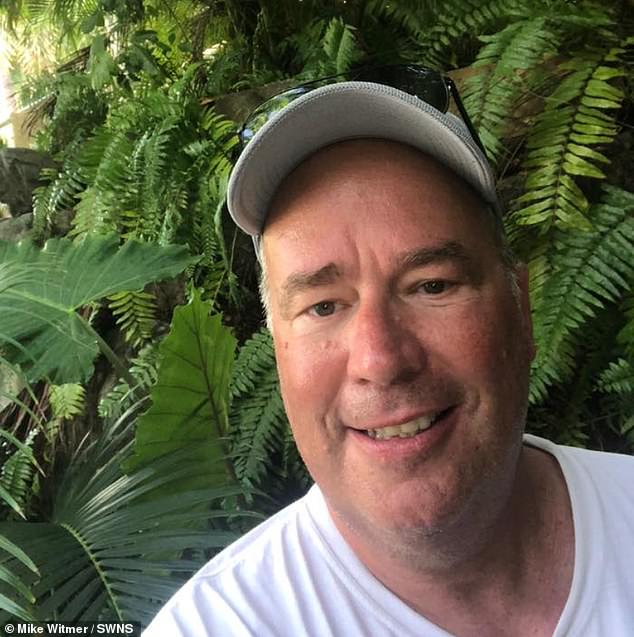 Mike, 56, vowed to continue the tradition after Kevin passed away at the age of 19 in 2010

He continued: ‘Kevin was a good athlete and had a great sense of humour. He was very outgoing and would talk to anyone – he was just an overall cool kid.

‘He was just a great person, all the way around. I don’t know what exactly made me think of the lights for him, I just wanted to support him.’

Unsurprisingly, the light display was a hit with the youngster and he asked his mother to request that Mike continue the tradition every year.

Mike said: ‘I thought, “how could I not?” and the tradition was born.’

Every year after that, Mike would find some way to display a tribute to Kevin in his lights display. 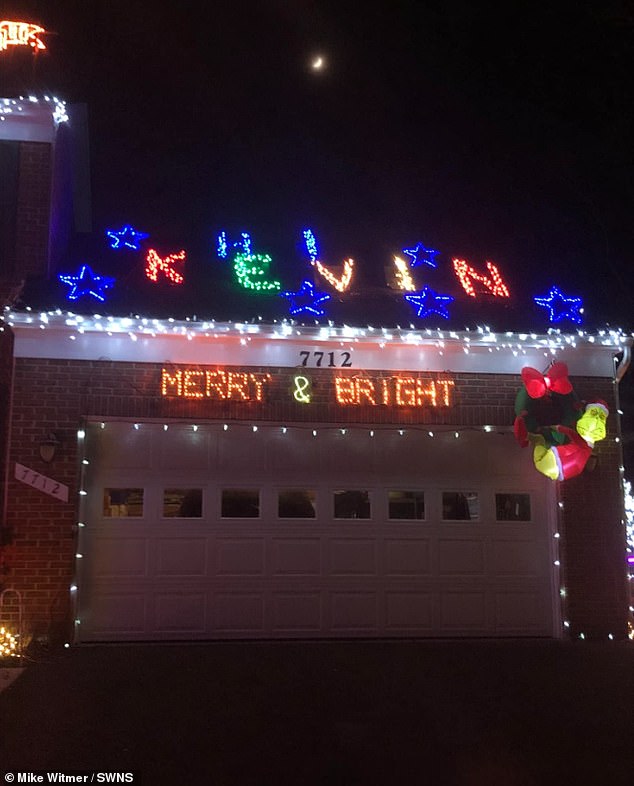 At Kevin’s funeral in 2010, Mike pledged to make the displays bigger so the teenager could see from it heaven. Pictured: a previous ‘Hi Kevin’ tribute on top of Mike’s garage

Even when Kevin went into remission in high school, Mike continued the tradition  and varied the placement of his name as a game between the two of them.

But after Kevin finished his first year at the University of Maryland, the cancer came back – and this time, it was more aggressive than before. In June 2010, Kevin died at just 19 years old.

Mike was invited to speak during Kevin’s funeral shortly afterwards and he pledged to continue the tradition his neighbour had loved so much.

He continued: ‘Afterwards, I invited everyone back to my house. I told them this year the tribute would be bigger and better, on the roof so Kevin could see. There wasn’t a dry eye in the house.’

Although Kevin’s family have since moved out of the neighbourhood, Mike still stays in touch with them online.

To mark the 20th anniversary of the first ‘Get Well Kevin’ light display, Mike posted about his tradition on Facebook – which prompted an outpouring of love from readers.

The father said: ‘I’m very appreciative for all the attention it’s getting. It’s really been amazing.

‘But when I started the lights tradition, it was just a little gesture to Kevin, and it still is. I’m thrilled to be along for the ride, but it’s not really about me.

“It’s just a tribute to a really cool kid who didn’t deserve what was happening to him.’