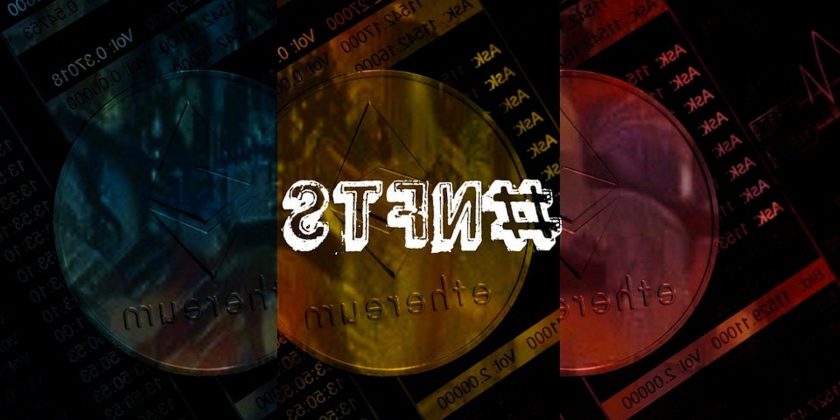 Many people are still skeptical about the value of non-fungible tokens (NFTs), but they’re clearly becoming more widespread and accepted, after a man was able to secure a million-dollar loan by using NFTs as collateral.

According to Fortune, Chris Ciobanica (who’s better known by his digital art collector name, Silver Surfer) recently sought out a loan in order to expand his cryptocurrency projects. But rather than using his car or house as collateral – something pledged as security for the repayment of a loan, which will become forfeited in case the person defaults – he chose to use digital assets, instead.

To do so, Ciobanica used a digital platform called Arcade, a website that helps connect owners of NFTs with lenders. He submitted 10 NFTs to the company, which were valued at approximately $5 million in total and featured work from digital artists like Pak and Fewocious.

Shortly after, Ciobanica received an offer from a firm called Genesis, which specializes in lending cryptocurrencies. Through their offer, Ciobanica earned a $1.25 million loan to be paid back in 6-months at an interest rate of 7.5%. This works out to an annual rate of 15%.

Fortune explains that Ciobanica’s approach to securing a loan may sound untraditional, but it’s the way of the future, at least for individuals who own digital art.

Last year, there were approximately $44 billion worth of NFTs sold and bought across the globe.

Moreover, an increasing number of lenders are using companies like Arcade to easily work with NFT owners, who can then secure a loan without having to sell their digital assets (which can be tough given that NFTs remain a niche market, for now) or use physical entities (like property) as collateral. Should the borrower default on the loan, however, the lender could take possession of the NFT.

Arcade isn’t the only up and coming website that connects digital artwork collectors with lenders. Other companies of a similar nature include TrustNFT, NFTfi, and PawnFi, though these business remain relatively new, having popped up only in the last couple of years.

These companies do collect a small fee for facilitating the borrowing-lending process. Arcade, for instance, charges a 2% of what the borrower receives– which is a significant chunk of change when the loans are in the millions.

A non-fungible token (NFT) is a unique unit of data that uses technology to allow digital content (like art, songs, and videos) to be authenticated on cryptocurrency blockchains, making them a unique piece of digital art work.

Though there exist a myriad of NFTs nowadays, many remain worthless. Only a small handful have reached a level of fame where they’ve become valued in the hundreds of thousands or even millions, though these are the types of NFTs lenders are looking for if they are going to be used as collateral in a loan.