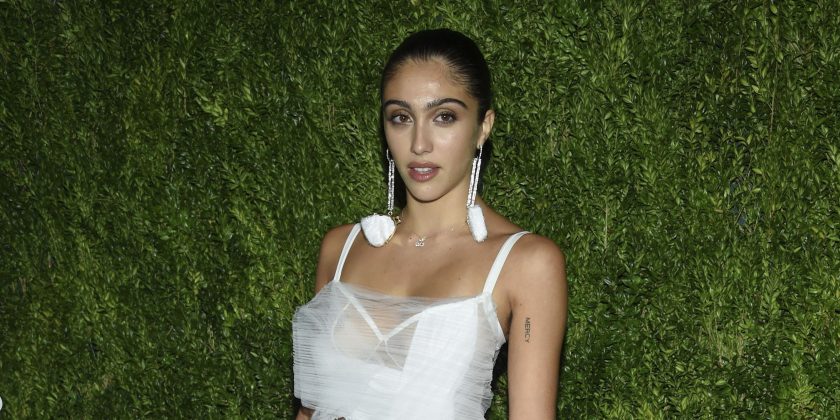 Lourdes Leon definitely takes after mother Madonna in at least one regard: her avant-garde taste in fashion, which was on display at Monday’s CFDA / Vogue Fashion Fund event held in Brooklyn.

The 22-year-old daughter of Madonna and Carlos Leon hit the red carpet in a gauzy white asymmetrical mini dress that seemed to have been sourced from the bandage aisle at CVS. The mostly sheer bodice left her right nipple visible from certain angles and the hemline exposed her unshaven legs.

She completed the look with long white earrings, matching sandals and a snakeskin bag.

The former University of Michigan student returned to her hometown of New York in the last year and made a go at having a showbiz career of her own.

In September, she modeled in her first New York Fashion Week, walking the runway in a barely-there shell bra.

See more second-generation models in our gallery below.