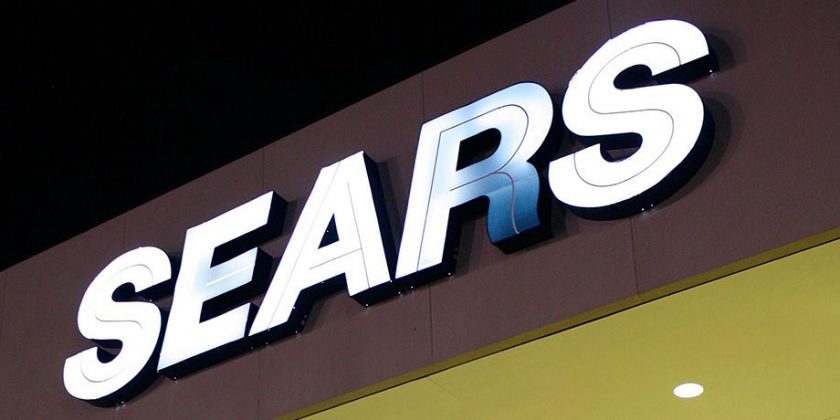 While many stores experienced big crowds on Black Friday, Sears was a ghost town.

In October, Sears declared bankruptcy after facing years of poor sales numbers, according to a CNBC report. Unfortunately, disappointing deals kept shoppers away and disappointing sales may end up spelling doom for the iconic retailer.

Unfortunately, for eight years Sears hasn’t had any profits, which is why the once behemoth retailer is now fighting for its very life. The Galleria White Plains mall Sears looked like a ghost town, which is similar to how it has looked in recent years on one of the biggest shopping days of the year.

Shopper Brandon Warkenthin from White Plains, New York said, “This place looks like a ghost town. It was a waste to even come out. They’re not really changing the prices.”

The store not only counted few shoppers among its occupants on Black Friday but also few employees. The small number of customers who ventured out to see Sears’ offerings struggled to find any type of help.

One shopper named Andy Gill, who appreciated the lifetime guarantee on tools the store offered, said, “The customer service — I don’t see any people around here.”

Of course, because of the low turnout, even with few employees working, lines never grew longer than three customers during the first few hours of the sale.

Sears chairman and former CEO, Eddie Lampert, wants to keep the store alive. He told employees in October after the company’s filing, “We need to show material progress over the next few months to establish to our senior lenders that a reorganization of the company is realistic and to avoid a shutdown and liquidation.”

Yet another Sears store faced a sad Black Friday too, according to the Wall Street Journal. Recently, the company began to shutter 142 underperforming stores, and shoppers at one New York location knew this was the last time they’d enjoy the kickoff to Christmas shopping at the once bustling spot. With nearly empty shelves, shoppers found steep discounts, but an overall depressing atmosphere.

Meanwhile, another place saw a slow start, according to a Chicago Tribune report. The Oakbrook Center Sears, which recently saw a remodel, opened before sunrise to no line and few cars in the parking lot. Of course, Chief Brand Officer Peter Boutros pointed out that the deals actually started on Thanksgiving, which caused some lower numbers and short lines on Friday.

Boutros said, “I’m optimistic and bullish that we’re going to win the holiday, and that’s going to put wind in our sails to come out of Chapter 11.”

The brand was the original department store retailer in the U.S. In 1893 Richard Warren Sears and Alvah Curtis Roebuck founded it, and it’s operated since then.