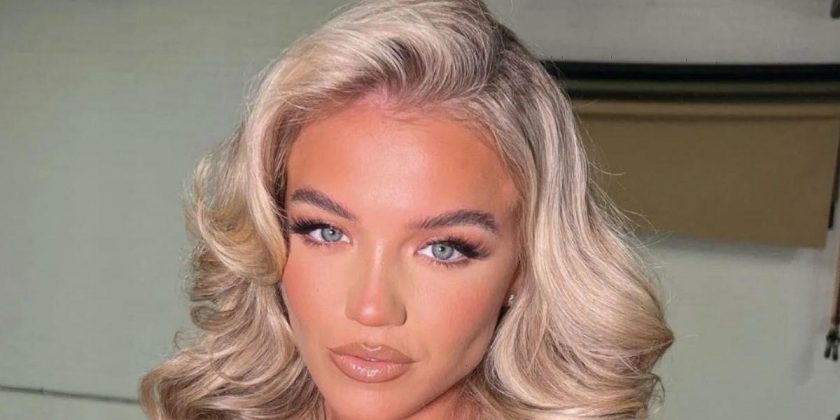 The 2022 Love Island stars may still be in our minds, but cast your mind back to series six and you’ll probably remember Molly Smith – Casa Amor’s blonde bombshell who partnered up with Callum Jones.

Molly became known as the Molly-Mae Hague of her series, largely thanks to her trendy makeup looks and hair. During her stint on the show, Twitter went wild for Molly’s waves and updos, prompting fans to wonder if she had extensions and what tools she used to get her curls.

Now, Molly is parting with her signature mermaid-like lengths in favour of her natural hair – and she looks incredible. The 27 year old, who celebrated her two year anniversary with Callum Jones earlier this year, showed off her new look in a series of TikTok videos.

The first one, titled: “What we thinking of the bob?” has received hundreds of glowing comments from fans telling Molly how much she suits shorter hair.

“You look so beautiful and classy with shorter hair,” said one, while another urged: “Go even shorter!”

A third said: “You’re absolutely unreal with and without makeup, your skin is amazing.”

Molly does indeed suit her shorter hair. It’s also clear from her videos that she’s had her extensions taken out as the ends of her hair are now not quite as full. But, with bob and choppy cuts well and truly dominating summer 2022, now is the perfect time for the former Islander to get involved in the trend.

On the subject of Love Island hair, Millie Court, aka 2021’s queen of the villa, has also been trying out a whole new look, only hers isn’t permanent. The 25 year old used an editing app to transform herself into a brunette, posting the results to her Instagram Stories.

“Some of you guys are telling me to go brunette…gal I was BORN to be a blonde Always and forever, brown hair is just a no go on me,” she wrote adamantly.

Alright, so Millie will never make the darker hair an official feature, but we still like seeing the dramatic new look on her.