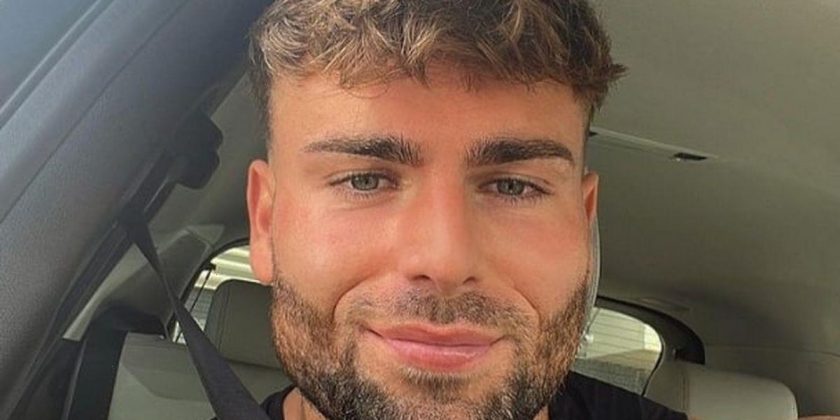 Last night's Love Island launch saw Tom Clare enter the villa in the final few minutes of the episode in a move that will undoubtedly cause heads to turn.

Over the past week, the public have been voting for Tom, a semi professional footballer player, to send into the villa as the first bombshell.

The 23 year old, from Barnsley, has said that he's a "good laugh, a good vibe", adding, "I’m not snakey, I don’t like that kind of stuff. If I’ve got an issue with someone I’ll speak to them."

When asked for an elevator pitch about why someone would want to date him, he revealed: "I’m loyal, trustworthy, family-orientated. I don’t like to just sit in, I like to do fun dates. I’m very protective."

A claim to fame for the young footballer is also the fact that Welsh former professional footballer Robbie Savage is the director of his team. "I just have such a good relationship with him. I see him as a mate," he said.

Tom is a striker and plays for Macclesfield Powerful which he joined back in June 2021.

The star began his career at Barnsley and after spending 11 years at Oakwell, Tom made the move across Yorkshire to join Bradford City.

Macclesfield are currently eight points clear at the top of the Northern Premier League West Division.

His team released a statement after he announced he would be going on the show.

"Tom approached us with the request a number of weeks ago and we were happy to show the same loyalty that he has to us since becoming one of our first ever signings back in 2021,” they said.

"Despite that fact that we are disappointed to lose a player of Tom's calibre for the foreseeable future, we also recognise the incredible opportunity that this represents for both him and his family on a personal level.

"Tom remains very much part of our plans here at the Leasing.com Stadium and has expressed his unwavering desire to return to the club after the show.

"We wish Tom every success and look forward to welcoming him back to the club in due course."

You may also recognise Tom's sister, Laura, who is an influencer with 15k followers on Instagram and lives in Dubai.

The blonde jetsetter is currently in Australia, but this didn't stop her from cheering on her little brother as he entered the villa.

"Currently 11 hours time difference trying to watch," she posted on her Instagram, alongside two heart emojis and one distressed face emoji.

Tagging him in her story as she shared pictures of his Love Island debut, she said, "Arghhhhh let's go @tomclare_."

Love Island airs tonight at 9pm on ITV2 and ITVX.