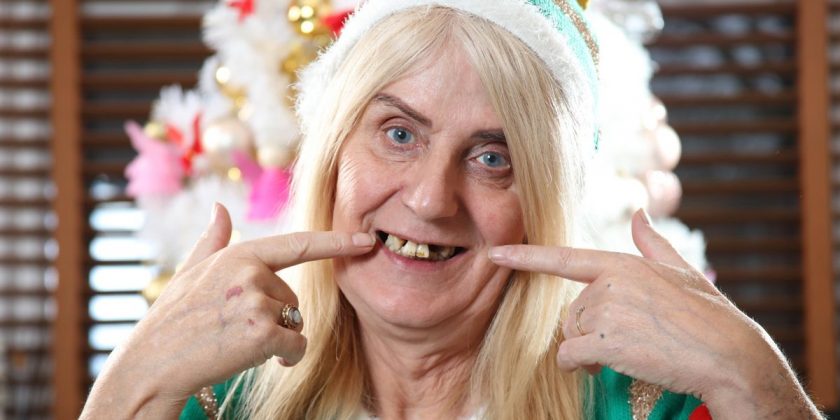 Lottery winner Melissa Ede is planning to give herself 23 new teeth for Christmas after splashing out on a £40,000 makeover.

Mel, who scooped £4million on a scratchcard, will have the gruelling 10-hour dental procedure next month.

She then plans to “finish it all off with a face lift and a nose job” before tying the knot with fiancee Rachel Nason.

Speaking exclusively to the Daily Mirror, she said: “I love life now!

"All those people who say money doesn’t buy you happiness are talking a load of rubbish.”

Former cabbie Mel, 58, said thanks to the cash she can now get herself a new smile – but she does not want one as bright as TV star Rylan Clark-Neal’s.

“My teeth have affected me in a bad way,” she admitted.

“I don’t like to smile because they are so manky. I’ve decided to show everyone my horrible teeth now – because come January nobody is going to recognise me. It’s going to be a big, perfect smile.

“I’m going to have implants, the dentist is planning to pull out 15 teeth and eight roots. I was going to go for the bright, bright white Rylan-style teeth but I’ve gone against that.

“I’ve gone with the dentist’s advice, what she feels will look best on me.”

Asked if she was scared about the op, Mel added: “I’m not scared because my gender reassignment surgery absolutely terrified me but it is the best thing I ever did.”

Reflecting on her “crazy, crazy” first year as a multi-millionaire, Mel said last Christmas Day she was working from 8am until 4am Boxing Day, driving a taxi around Hull.

She said: “I didn’t even have Christmas dinner. It was just work or sleep.”

Mel said she could not even afford a turkey. But now she has a wealth manager who has invested her fortune.

Mel also splashed out on a £170,000 detached house for her best pal, a single mum. But she says she is careful with her money, and still shops at Primark.

She became a multi-millionaire after buying a £10 scratchcard on December 30 last year. Mel then spent a lot of 2018 “in shock”.

But there is a down side to the fame as last week she had to inform police about one troll who was harassing her.

And “nimby” neighbours fought to stop her moving in when she first tried to buy her dream home.

“A few people have turned against me and I think a lot of it is jealousy,” she said.

Surprisingly, Mel still spends £30 a week on scratchcards and claims to have an 85% success rate – clawing back £5,000 this year.