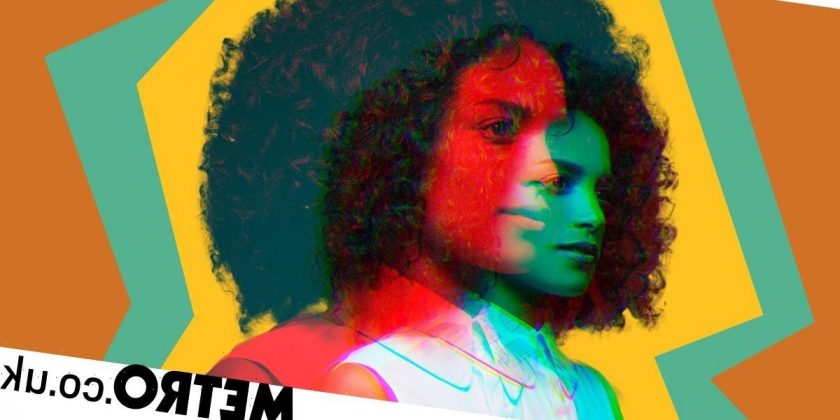 After five months of hunting for a job with no response from employers, Sevjan Pem came to a decision: she would hide her Turkish heritage and go by her middle name, Melissa, instead.

The results of her experiment were dramatic. While Sevjan had faced months of silence, ‘Melissa’ instantly had offers ‘roll in’.

All that had changed on her job applications was her first name.

‘It’s frustrating that my “foreign” name meant I was being overlooked despite my capabilities,’ Sevjan tells Metro.co.uk.

‘At the point of switching to Melissa, I felt it important for employers to understand I actually speak English.’

Sevjan worried having such a ‘rare’ name would make people question her proficiency of the English language.

At the interviews ‘Melissa’ was invited to, Sevjan in-person would reveal her real name and ‘explain the reasoning’ for hiding it.

Now employed by a diverse company, she says: ‘I won’t be putting my Anglicised name on any documents again.’

But why did she have had to make that change in the first place?

It’s a question that will likely resonate with people whose names give away their ‘other’ ethnic heritage. 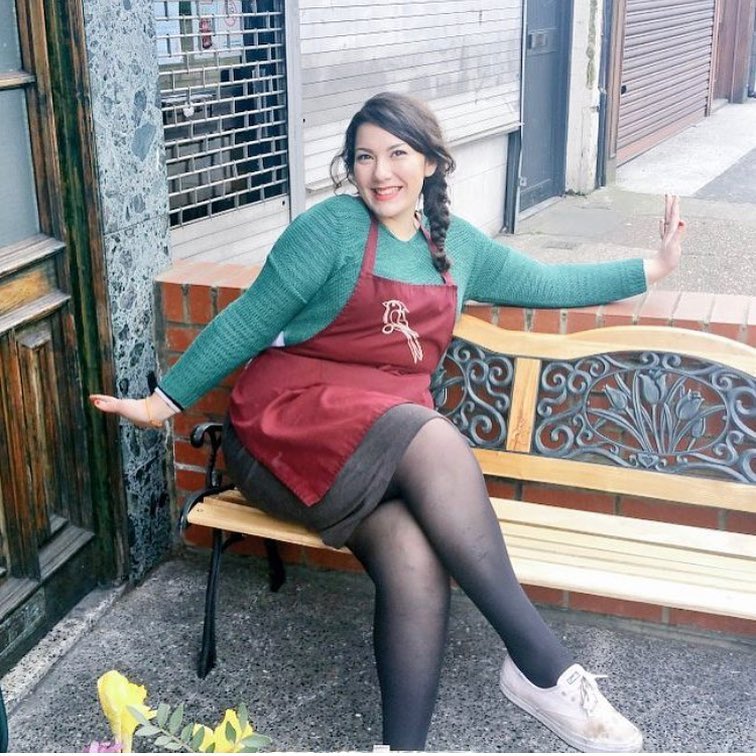 Recently, a journalist at The Washington Post reintroduced herself as Marian Chia-Ming Liu, writing on Instagram: ‘I’ve always been ashamed of my Chinese name, but after covering anti-Asian attacks and representing my community, it’s time to be proud of who I am.’

The feeling of ‘shame’ Lui says she feels because of her ‘other’ name could be a byproduct of the different way society treats you if you happen to have a non-Western name.

In fact, a study in the Journal of Cross-Cultural Psychology found that Anglicising ethnic names could actually reduce bias against immigrants.

Xian Zhao, who led the 2018 study, said: ‘This certainly puts the onus on immigrants to promote equity’ but doing so ‘may have negative implications for one’s self-concept’.

Ethnic minorities frequently have to make their existence ‘easier’ for the dominant group – and changing a name is one route to achieving that.

But does it come at a cost?

Whether it’s taking on a new moniker entirely, or coming up with an English-sounding nickname, there’s always a reason for a name change.

Ami (pronounced uh-mee) Thakker, who lives in London, says: ‘My real name is Ami, but I introduce myself to 90% of people as Amy.

‘I used to try to correct people but they would just pronounce it wrong again the next time, so I stuck to Amy.’

It’s just a one letter change, but Ami is pronounced entirely differently to Amy – and she Anglicised her name in this way to make day-to-day life easier.

In work settings and social environments, she becomes her Anglicised self.

‘The only people that I introduce myself to as Ami are other south Asians, as I find they can pronounce my name easily and I don’t have to repeat myself,’ the 19-year-old tells us.

‘I changed my name when I moved to a predominantly Caucasian secondary school, and I found that when people read my name they mispronounced it as “Amy” – a relatively easy mistake to make.’

For better or worse, the name change has helped Ami get by.

She explains: ‘The biggest difference that changing my name has made is that people remember it.

‘I used to find people would forget my name because they didn’t take it in properly the first time, whereas Amy is common, so it sticks.

‘Since wearing masks has become a norm, it’s also much easier to call myself Amy, due to others not being able to lip read alongside hearing what you’re saying.’

Ami believes her decision is a ‘necessary evil’.

‘However,’ she adds, ‘I have in the past couple years realised that, in my head, Ami and Amy are two different people.

‘Amy is the girl at work, who dresses well, has her makeup done most days, and gets her work done.

‘Ami is the girl at home in her joggers, rocking her greasy hair, and procrastinating. It’s almost as if Amy has become a bit of a front that I put on.’

Dr Roberta Babb, a clinical psychologist with a specialism in racial issues, says this sense of a dual identity can be a byproduct of adopting an Anglo name.

She says: ‘As our identities are not fixed and are fluid, this experience can create a “dual identity”.

‘The positive experiences (such as less racism, being accepted and included) within the Anglo identity can legitimise and reinforce the power of the change.’

Dr Babb says fitting in – like Ami does – is a large reason for name changing.

‘One of the consequences of racial microinequities is that racialised people feel like they do not belong and are invisible,’ she says.

‘It is not unusual racialised individuals to have an “English or Western name” in addition to their birth name.

‘Having an Anglo identity can be done to avoid the discomfort associated with people mispronouncing a name, or questioning the person’s identity in a manner that can feel intrusive.’

When a person who has experienced racism changes their name, Dr Babb says it is usually in an attempt to become more ‘socially acceptable’ or ‘tolerable’ to the majority.

‘Some people may see this as a betrayal of a person’s cultural heritage; however, I think it is more helpful to understand this through a compassionate lens and see it as a survival mechanism,’ she adds.

‘Changing one’s name to fit with Western society and social norms is known as the phenomenon “code-switching”. Code-switching is an adaptation racialised individuals use to counter microinequities.

‘In order to increase their social acceptance, get ahead in life or decrease instances of racism or prejudice, a person may use a Western name, modify the way they speak or their behaviour in an attempt to get more equal treatment and employment opportunities.’

In 2020, a college professor in California was put on administrative leave for asking Phuc Bui Diem Nguyen, a Vietnamese-American student, to Anglicise her name, because he said it sounded ‘offensive’.

Dr Babb says having a ‘different’ name in contexts like this can ‘powerfully communicate to the racialised individual that they do not belong amongst the racial majority,’ furthering any internalised shame.

Exposing some level of ‘need’ in the act of adopting a new name, Zhao conducted another study, this time published in the journal Social Psychological and Personality Science, which found that having an ‘ethnic name’ could effect whether you receive help in a car accident.

For a name to be a deciding factor in these life-or-death circumstances, reinforces why adopting an Anglo name is not a casual decision.

Even if deep thought isn’t given to the new name, for some there may be a gut feeling that it is necessary for survival. It may also be a knee-jerk reaction to observing how society ‘others’ ethnic minorities.

The playground is often where the first seeds of doubt over having an ethnic name are planted.

Ozvaldas, – known to his friends and colleagues as Oz – 28, has been shortening his full name to something more ‘palatable’ and Western-friendly since his school days. The contraction isn’t an Anglicisation in the traditional sense, but it comes from the same place.

‘I only share my real name when people ask, otherwise it’s easier to stick with Oz,’ he says.

Those formative years are vital in self-perception, and actress Uzo Aduba has openly spoken about struggling with her name as a child, wanting at one point to be called Zoe.

Yet, despite claiming this, she is widely known by a shortened version of her name.

Uzo and Oz aren’t Anglo names, but the original names have been cut down to fit into an Anglo setting, exposing internal negotiation and compromise. Shortening these ethnic names makes easier on the Western tongue. Now, they’re more ‘comfortable’ to say aloud and write.

Dr Babb says: ‘Although changing one’s name may be initially done for protective reasons, it can create emotional distress.

‘A dissonance can arise between the person’s cultural identity and Western experience.

‘This dissonance can create as inner conflict and feelings of anxiety, low mood, confusion, guilt, or shame which can leading people to distance themselves or shun their native names, languages and cultures.’

The ‘inner conflict’ is present even in those who keep their original names, as Khyati Sundaram, CEO at racially debiased hiring platform Applied, has found.

‘As a first generation immigrant living in the UK, it’s the same story,’ she says.

‘What bothers me is when people form preconceptions based on my name.

‘A few years ago, I struggled to find a job – despite having worked at JP Morgan and RBS.

‘I suspect my name was part of the reason potential employers wouldn’t give me a shot. Their bias may have been unconscious, but it’s there.’

She continues: ‘Over the years, these kinds of encounters made me think a lot about whether there would be a “better” name for me, but I love my name and I love its meaning.

‘It’s an important part of my identity.’

She believes Anglicising would feel like a rejection of her ethnic culture.

‘Changing it would sever that attachment,’ she says, making it personally a worthwhile ‘sacrifice’ in the job market.

The studies repeatedly show that ethnic minorities benefit from Anglicising their names – so switching back isn’t as simple as claiming your heritage or being more comfortable in your identity.

The implications are bigger than that.

A test run by the BBC in 2017 highlighted that job candidate ‘Adam’ got three times as many job interviews as candidate ‘Mohamed’ – despite having identical skills and qualifications.

In the same year, other research exposed that African American and Asian job applicants who ‘whitened’ their CVs stood better chances of landing an offer.

However, embracing your birth name can be an empowering move, as Thandiwe (formerly Thandie) Newton displayed when she reclaimed her Zimbabwean name.

This is what Mourad El-Dine Abdou, a 27-year-old from Birmingham, found when he replaced his former Anglicised name, Dean Mourad Abdou.

He changed back in 2022, sharing: ‘I’ve been writing articles about my heritage and done talks about representation, but I realised I wasn’t living this myself.’

Mourad’s parents Anglicised his Algerian name when he was a baby.

He says: ‘They were concerned life might be difficult as the son of immigrants, so perhaps a more English name might make things easier.’

Since reintroducing himself, he’s felt ‘great’.

‘I feel much better that I officially go by Mourad El-Dine and “Dean” is more a nickname.’ he tells us.

‘When I announced it, a lot of people supported me in my choice and were understanding.

‘As for my parents, they were cautiously happy about it. They’re still concerned about how I might be treated, but they’re proud I’m embracing my heritage and not shying away from my name.’

Their worry is understandable – it’s possible the change, though empowering, could come with repercussions.

Both Anglicising a name and owning an original name come with gains and costs. But racist systems need to be dismantled before ethnic minorities can ‘safely’ reclaim their names without fearing the consequences.

Ready to reclaim your name? Here’s what to do