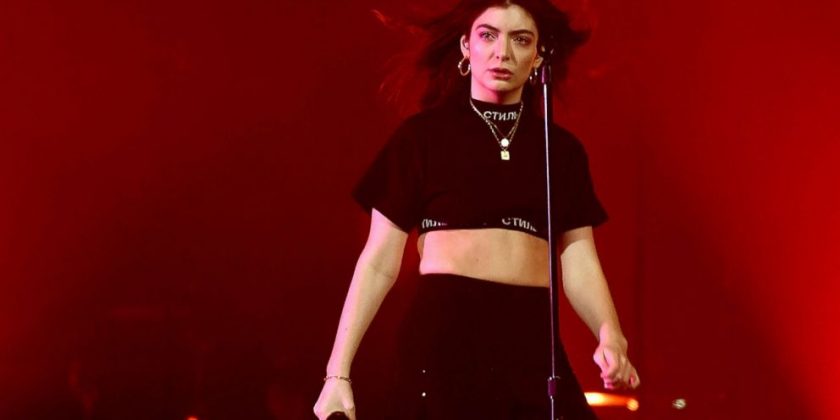 Lorde is calling out Kanye West and Kid Cudi for allegedly copying the stage design from her current “Melodrama” tour.

The two rappers brought their “Kids See Ghosts” collaboration to the stage over the weekend in Los Angeles, and during the show, they performed inside of a large rectangular glass box hanging from the ceiling.

On an Instagram Story, Lorde posted pictures of West and Cudi’s show alongside photos from her tour earlier this year and her 2017 Coachella show, with had nearly the exact set-up.

“I’m proud of the work I do and it’s flattering when other artists feel inspired by it, to the extent that they choose to try it on themselves,” Lorde wrote in a caption on one of the photos. “But don’t steal — not from women or anyone else — not in 2018 or ever.”

Lorde and West previously collaborated in 2014 on a remix of her “Hunger Games” song “Yellow Flicker Beat.”

The “Green Light” singer has also called West her “idol” in a past Billboard interview.

Yesterday, West tweeted about the performance, writing, “It felt so good being on the stage last night with my brother Cudi. After performing again, I realize the new album I’ve been working on isn’t ready yet. I’ll announce the release date once it’s done.”

Neither he nor Cudi has commented on Lorde’s claims.

West and Cudi’s representatives did not immediately return ABC News’ request for comment.