Loose Women viewers were left ‘gasping with excitement’ after ‘history was made’ with four black presenters joining the panel for debates for the first time ever today.

The line-up was teased ahead of the show as Charlene White spoke with This Morning presenters Eamonn Holmes and Ruth Langsford about the upcoming debates on the programme.

Viewers were blown away by the diverse panel, which bought four black women together for the first time in the show’s 20 year history, with one commenting: ‘Not one, but FOUR BLACK WOMEN on today’s panel? We love to see it! Come through with the representation!’

It comes after ITV bosses found themselves at the centre of a race controversy when just one non-white anchor appeared on the channel during one day last October. 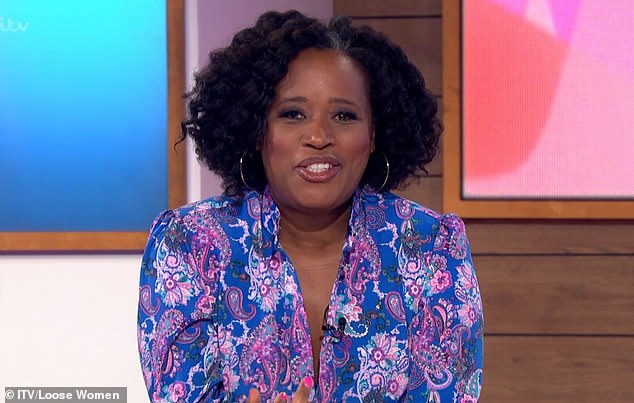 The panel was revealed as Eamonn and Ruth tuned in with the Loose Women to hear what was coming up on today’s programme.

Presenter Charlene, who is best known as anchor of ITV News and first joined the Loose Women panel earlier this year, explained: ‘We’ve got a packed show full of fun and fiery debate.

‘We’re asking would you call 999 if you saw someone smacking their child?

‘And is it awkward or awesome? Is there an age limit when it comes to sexy dancing? Coming up and loads more from 12.30.’ 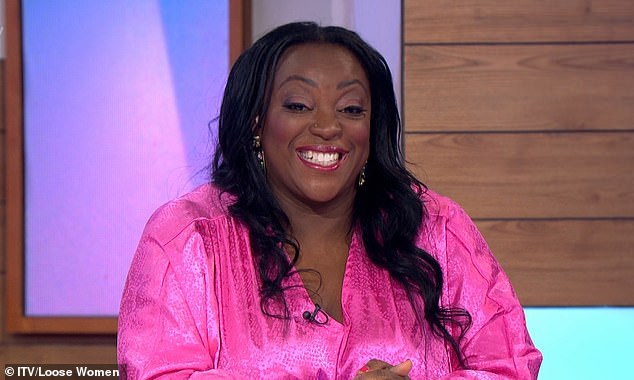 ITV News anchor Charlene was joined by comedian and brodcaster Judi Love, 40, in the studio today 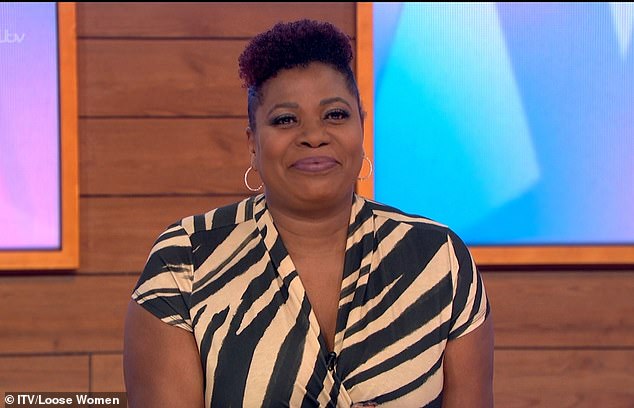 The camera went on to pan to singer Brenda Edwards, 51, who joined Charlene and Judi in the studio today

As Charlene spoke, the camera panned to the other four female panellists, revealing comedian Judi and singer Brenda would be joining her in the studio.

Meanwhile Eternal’s Kelle made up the fourth member of the panel, as she video-called into the studio from home.

Viewers were immediately blown away by the line-up, with one commenting: ‘All black women hosts today, I’m gasping with excitement.’

‘I am LOVING the cast this morning,’ one commented, ‘Amazing representation!! I don’t usually watch, but am definitely tuning in today.’ 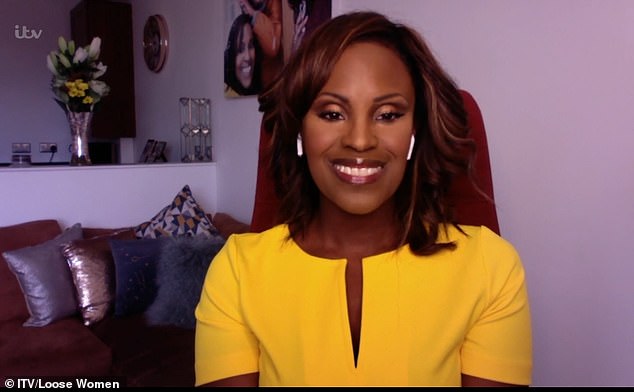 Meanwhile actress and Eternal singer Kelle Bryan, 41, made up the fourth member of the panel as she joined the programme from home

Another wrote: ‘History in the making, an all-black panel for Loose Women.’

One added: ‘I am very surprised to see four lovely ladies on the Loose Women panel today! Looking forward to 12.30!’

‘I see Loose Women is all Black Girl Magic today,’ another wrote, before sharing a series of heart emojis.

Another added: ‘History in the making, an all-black panel for Loose Women.’

Meanwhile others urged ITV to make the line-up a regular panel, saying: ‘Four Black presenters on Loose Women, we love to see it. Hopefully it becomes the norm.’ 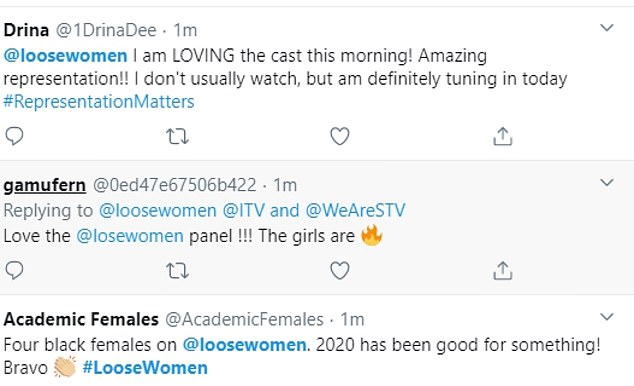 Viewers said they were blown away by the diverse cast on the programme, with one saying it was ‘history in the making’

The move comes after ITV bosses unveiled a plan to diversify the channel with more black, Asian and ethnic minority stars this summer.

This Morning, which has never had a main black presenter since it launched 32 years ago, is hosted by Holly Willoughby and Philip Schofield, while Fridays by Eamonn Holmes and Ruth Langsford. The couple also cover their co-stars’ holiday.

Earlier this summer, the network’s director of television Kevin Lygo pledged to improve representation of minorities within 12 months.

He said soaps and dramas such as Vera would be targeted, adding: ‘We will have more lead presenters, lead actors on screen.

‘There aren’t enough leads in dramas. That we have got to work on.’ 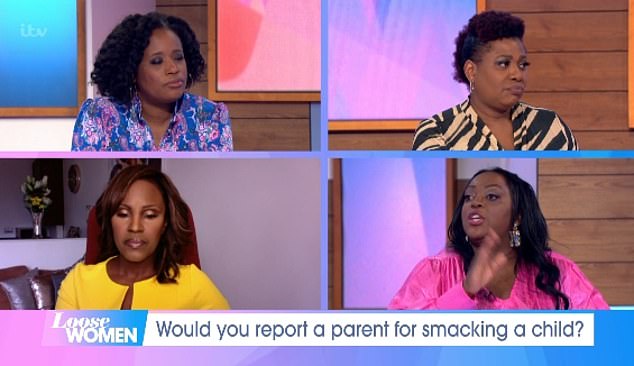 The move comes after ITV bosses unveiled a plan to diversify the channel with more black, Asian and ethnic minority stars this summer

Their revamp follows ITV and its senior management being left embarrassed after it was pointed out by The Mail on Sunday last October that there was just one non-white anchor on the network, Nina Hossain, who hosted the ITV lunchtime news – a show that lasts just 24 minutes out of 18 hours of daily output.

One source at the channel said: ‘The bosses were irritated to see it in print but it made the right change.

‘The staff, the shareholders and the viewers noticed it and the pressure to make the change has been significant. And it appears to have worked.’

As well as the ethnic minority anchors, ITV have also introduced a four-part mini-series of short films called Unsaid Stories, which tackle racism in the wake of the killing of George Floyd in the US.

The shows are written by black screenwriters and star ethnic minority actors.

Also being aired are adverts in which the company says it hasn’t done enough to listen or learn about racism in the wake of the Black Lives Matter movement.