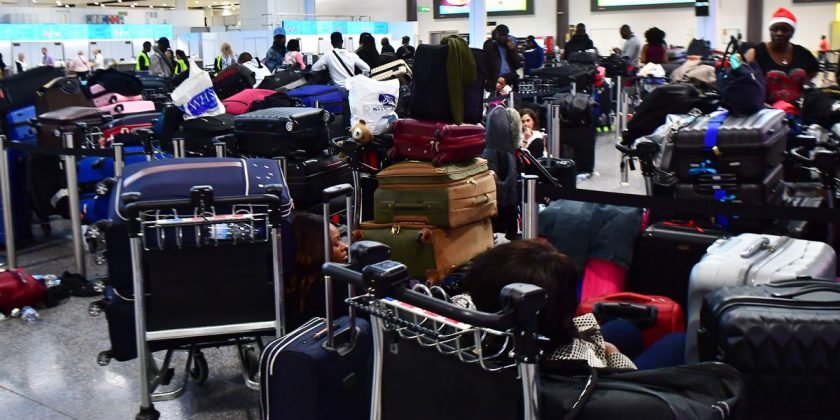 An eco-warrior is speculated to be behind the Gatwick Airport drone chaos which has left around 120,000 passengers stranded.

The runway has been closed for more than 24 hours – forcing all departing flights to be grounded and incoming planes to be diverted to other airports, including Dublin, Glasgow and Paris.

Whitehall sources said police were investigating the possibility of a "lone wolf" eco-terrorist being behind the drone attack, according to The Telegraph.

A source said: "An eco-terrorist is at this stage a definite line of enquiry."

Environmental activist group Extinction Rebellion, who have recently held large scale protests in London, were forced to quash rumours they were involved in the drone activity.

They tweeted: "Extinction Rebellion is not involved with the drones at Gatwick Airport.

"We’ve heard there are rumours circulating. We remind people that our actions are always ‘above the ground’ meaning we stand by our actions, are accountable and take the consequences."

No organisation has yet claimed responsibility for the attack.

Gatwick has told passengers not to travel to the airport "for the foreseeable future".

The runway was closed at 9pm last night and it briefly reopened at about 3am today until the drones were spotted again.

One was seen flying near the runway around 11.30am, and police have said they are doing everything they can to find the suspects and get passengers moving again.

Travellers, including pregnant women and children, slept on the airport floor while aircraft wanting to land were diverted.

Detective Chief Superintendent Jason Tingley said: “There have been a number of sightings – not all of them confirmed – but 50 sightings since 9.07 last evening and we need to work on the assumption that this is a professionally prepared drone."

He emphasised during a press conference that “this is a criminal act”.

Mr Tingley added that although he does not know the size of the drone, “it’s larger than a domestic drone”.

He added: "We don’t know what the drone specification is.

“Our working assumption is it’s larger than what someone might buy online, we think it may have been adapted and developed.

“We’re working through CCTV footage and trying to identify the make and model.”