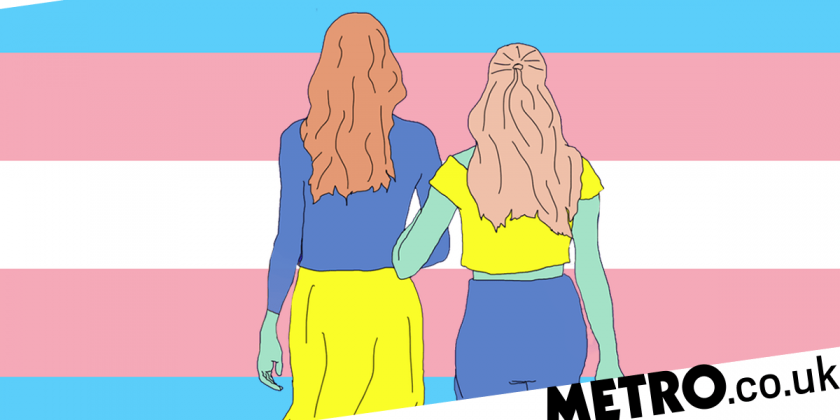 Pride month can feel like having your hand held under a boiling hot tap, whilst the person who turned the tap on feeds you really nice ice cream to make you feel better.

Or like someone is tugging at your shirt continuously until it rips, yet during Pride month they are doing it whilst throwing rainbow glitter on you.

For trans people especially, this month can feel like the same shops that will not let you in their changing room, or the banks that do not let you use your correct name, or the streets that will never let you walk home safely are suddenly covered in a thinly veiled rainbow that pretends to be accepting.

Although we do not need statistics to know the national feeling towards the trans community the past year, they often help to confirm what is already common knowledge.

Yet, often when statistics are released we omit the emotion attached to them; the people that are behind these statistics.

Not just the community of trans people who know and feel these statistics deeply, but also the attackers who have been given the confidence that their actions will not result in any repercussions – to believe they can attack other individuals based solely on who they are.

I believe we are facing an epidemic of transphobia. Hate crime increasing, mental health decreasing, our community is out of breath – and with Pride weekend approaching – it’s hard not to feel cynical.

However, in this state of emergency – which I truly believe this is – I am often surprised by the tenacity and fight of people.

Just 50 years ago a group of LGBTQ+ people, in a small bar in New York, decided their state of emergency should not be tolerated.

Although many versions of that story exist, it arguably catapulted the rights of our community forward. And here, 50 years on, in our country, we face the same choice about how to react to our emergency situation.

Although we exist in an acronym that includes many, right now certain letters need more support.

We can realise people are being hurt. That we need to take action. And what a better time to commit than Pride?

This Pride weekend needs to see a complete re-centering of where our community is at and how others can support us.

Although we exist in an acronym that includes many, right now certain letters need more support. Many are saying this rise in transphobia is similar to the fight against the homophobia of the 80s. Whether the comparison is completely accurate, we need a similar urgency.

Trans activist and support groups like the DIY ran Trans Mission, to the nationally known Mermaids, should be given platform and space on Saturday so people can not only learn about them and what they do, but commit to supporting their vital work.

Every single person who marches on Saturday who has enjoyed a drag brunch, has taken a rainbow flag from their desk, should make a bold and loud statement and publicly support trans people.

Because this is what it will take. Public, loud, bold commitments to supporting ALL trans people. Because that is how we have gotten here.

The climate in the public sphere has drastically changed and the statistics by the BBC remind us of who is feeling the effects of the change.

All the newspapers, debates, celebrity sport stars suddenly becoming bigoted, biology scientists are impacting the way the public gain information about the trans community and are ultimately affecting our quality of life.

The message we need to send this weekend has to move beyond ‘trans people are valid’ and highlight just how bad things have gotten. We are not only valid but deserve protection and support.

This Pride, we need to use the Stonewall Riots as a clear inspiration as what happens when communities come together, with urgency, and with demands.

It is very easy to feel the heat under a boiling tap, but sometimes we can use that heat to fuel us into greater action.

I do not want to sit in the sadness these statistics bring me. Instead I want us to use this as motivation for us all to do better.

A trans flag should be front and centre at Pride on Saturday as a sign of visibility, but more importantly as a commitment to take action.