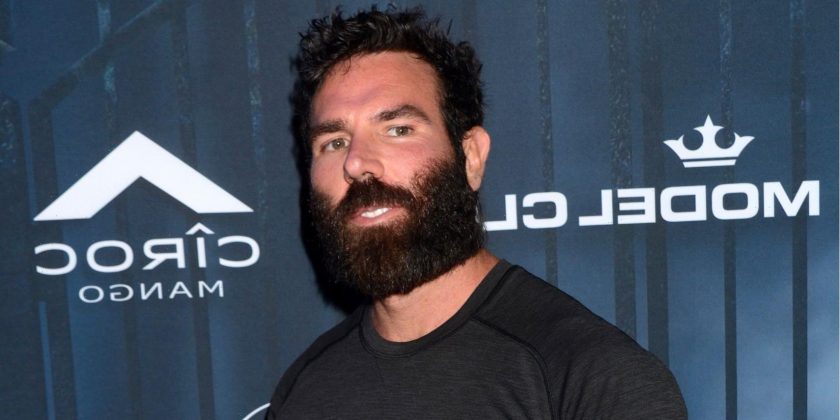 Hailing from Tampa Bay, Florida, Dan Bilzerian had a wealthy life growing up like his father; Paul Bilzerian was a well-known corporate takeover specialist and private equity manager. When his father fled the country after declaring bankruptcy, he left a substantial amount for Dan and his brother Adam. Bilzerian was only 29 years old when he became a professional poker player and began participating in World Tournaments. He was known for many legendary events and won $12.8 million during his first big game and $10.8 million in a single game. In 2014 alone, he won $50 million playing poker and continued participating in tournaments. The self-proclaimed King of Instagram also has another hobby, spending his fortune on parties and vacations.

Dan Bilzerian’s Instagram page has a different story to tell with every picture, as his expensive lifestyle keeps soaring with every passing year. Featuring parties with Instagram models, alcohol, and weed, his lifestyle has rivaled the Playboy mansion. Let’s take a closer look at how Dan Bilzerian spends his fortune.

Dan Bilzerian has a few essentials for every party he throws: alcohol, Instagram models, weed, and good music. Often spotted throwing parties in his penthouse suite, the exclusive event has everything from GIF machines and Cheerios to champagne on tap and gold condoms, as noted by The Sun. The London party he threw in 2020 during the pandemic reportedly cost him $600,000.

RELATED: 10 Reasons Every Man Wants To Be Dan Bilzerian

Expensive automobiles have always been an essential part of the flash, and Dan Bilzerian has an elegant collection of cars combined with luxury and vintage. The oldest car in his collection is a 1965 Shelby Cobra that costs $858,000, and the newest is a Rolls Royce Phantom worth $1.2 million. For an off-road adventure, he owns a Mercedes G-Wagon 6×6, and other notable cars include a Cadillac Escalade, Lamborghini Aventador, Lamborghini Urus, Rolls-Royce Cullinan, and a BMW X6.

Dan Bilzerian grew up in luxury homes, and he continued the lifestyle after earning himself a fortune. He lived in Bel Air for many years, renting a 31,000 sq. ft. mansion that featured twelve bedrooms and twelve bathrooms. During the pandemic, he left the abode and moved to Las Vegas, buying himself an $8.5 million home with seven bedrooms and fourteen bathrooms, as reported by the NY Post.

Under his registered company Goat Airways, Dan Bilzerian purchased a Gulfstream G-IV in 2014 for $6 million, increasing its value over time. He has custom-painted the private jet into a sleek black shade. The plane has a seating capacity of 12-18 people at a time, and Bilzerian often posts Instagram photos of himself partying with women on the airline while traveling long distances. Sometimes, he also rents a chopper, a 2000 HP chopper by Sky Rocket Helicopters.

For Dan Bilzerian, every day is an adventure, but he does go on months-long vacations with women and friends to detox from his ordinary life. He enjoys playing adventure water sports, including surfing and rafting, and ensures there is enough alcohol and bikini-clad women wherever he goes. According to GQ, he is often spotted celebrating on beach locations like Hawaii or the British Virgin Islands.

Dan Bilzerian took the pandemic fun to new heights when he partied in Croatia on a private superyacht docked at Split’s West Pier. The luxury yacht featured an interior in the shades of white and blue with wooden flooring. He was seen partying in the jacuzzi and having lunch at the dining table located on the main level of the superyacht.

After posting photos with cash and women, the third most photographed part of Dan Bilzerian’s lifestyle is his staggering gun collection. His collection could fund a rogue nation from handguns to mounted machine guns. In 2000, Bilzerian entered the Navy SEAL training program. However, he failed to graduate, and his career took a different turn.

2 More Than A Few Limited-Edition Timepieces

As a fan of the finer things in life, Bilzerian ensures that he carries himself with elegance while donning accessories. He is known to go on a shopping spree and recently purchased an Audemars Piguet watch worth $500,000 with frosted gold coating and a double balance wheel. He is also a fan of other high-end watchmakers like Hublot and Richard Mille.

Dan Bilzerian is not known for many philanthropic ventures. However, he had stepped up to help when people needed it. As mentioned by the Armen Press, he donated $250,000 to the Hayastan All-Armenian Fund, which was raising funds amidst the Azeri attacks to support Artsakh. Along with supporting the government, he is also a citizen of Armenia, as he obtained citizenship in 2018.

His other notable expenses include renting exotic animals as pets, wearing expensive sneakers, and occasionally donning jewels. Dan Bilzerian has an envious lifestyle that not many people can afford. Showing off his wealth through his social media, there aren’t many users on Instagram who don’t know about his lifestyle of Dan Bilzerian.

READ NEXT: The 10 Most Luxurious And Expensive Airport Lounges In The world