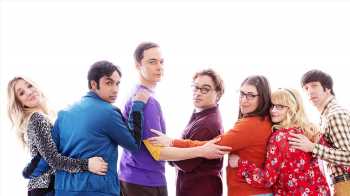 The grand finale of “The Big Bang Theory” saw an even greater ratings explosion in delayed viewing.

Having registered a stellar 3.1 rating in the key 18-49 demographic in Live+Same Day, the finale grew by 56% to finish with a round 5.0 rating in Live+7. For comparison, “Big Bang” averaged a 3.8 in Live+7 throughout its 12th and final season.

In terms of total viewership, the finale saw a 34% bump in delayed, finishing with 24.75 million viewers after it was watched by 18.5 during its live broadcast.

The finale’s initial rating was the show’s highest since January, 2018, while the total viewership figure was the highest it produced since September, 2015. “Big Bang Theory” is the first show to end its run as TV’s top series since the final season of “Seinfeld” aired in 1998.

With such a substantial lead-in, it’s hardly a surprise that “Big Bang” spinoff “Young Sheldon” came in a comfortable second place in the L+7 ratings for the week of May 13 with a 3.1 (up 48% from a 2.1 in live). “Young Sheldon” also impressively managed to beat out viewership juggernaut “NCIS” in total eyeballs. The Iain Armitage starrer was watched by 17.6 million viewers in delayed to 15.4 million for “NCIS.”

Read the full week’s rankings below.