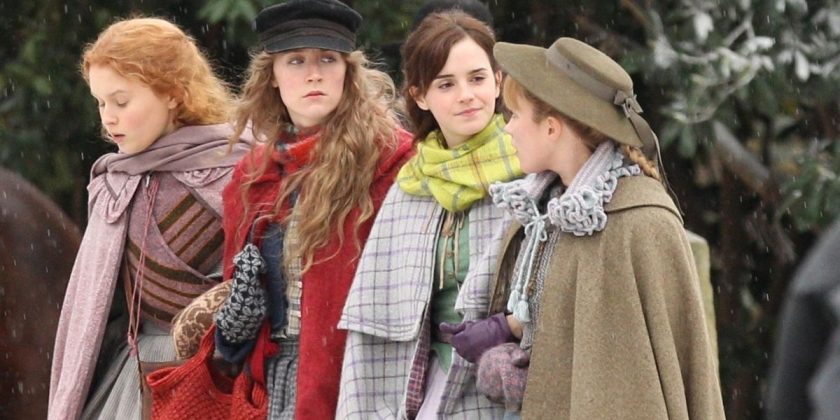 The cast of the new film have been spotted on set for the new film, due out in December 2019, and we can see the four March sisters together for the first time with the new actresses.

Ronan will star as the headstrong Jo March, while Emma Watson portrays the steadfast and responsible oldest sister Meg March.

Emma Stone had been cast as Meg until a scheduling conflict forced her to drop out.

The new photos show the quartet walking together in their period frocks, with the film set in 1860s Massachusetts.

Oscar-winner Meryl Streep will appear in the film as Aunt March, while Golden Globe-winner Laura Dern takes on the role of the March sisters’ beloved mother, Marmee.

There are some love interests for the March sisters too, with Oscar-nominee and Lady Bird star Timothee Chalamet reuniting with Gerwig as the March sisters’ next door neighbour, Theodore "Laurie" Laurence.

We can’t wait to see this eighth adaptation of the classic novel!

Little Women is due to be released in US cinemas on December 25, 2019.