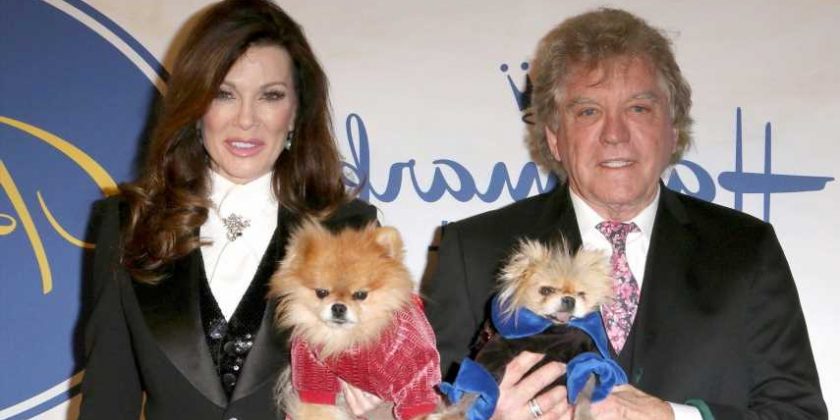 Even though the coronavirus pandemic threw her a curve ball, Lisa Vanderpump still had a successful fundraising campaign for her charity, The Vanderpump Dog Foundation. Working primarily through Cameo, the reality star and her team were able to raise over $200,000 for the animal organization.

According to TMZ, Lisa usually throws an annual, in-person fundraiser to raise awareness and garner support for her foundation. However, with the onset of the pandemic beginning last year, she had to forgo the tradition. But the publication says that Lisa quickly turned to Cameo to promote the organization. Cameo is a video-sharing website that allows public personalities to create personalized videos for pay. As of 2020, the site claimed it had 30,000 active celebrities working on its platform.

So far, it’s been wildly successful for Lisa and her team, who’ve managed to raise approximately $215,000 from recording 1,100 Cameo videos. Each video cost around $275 per customer, and Lisa has confirmed that all proceeds are going directly towards The Vanderpump Dogs Foundation. Florida News Times adds that Lisa has had to hustle for the gig – she once filmed 50 videos during one sitting.

This isn’t the last we’ll be hearing about The Vanderpump Dogs Foundation. In fact, Lisa recently signed a deal with NBC streaming service Peacock to launch a new reality show, Vanderpump Dogs, which will give fans an in-depth look at the foundation. The first trailer for the new show was released earlier this month, which shows new intakes and adoption process. The show will premiere on June 9th.

According to The Vanderpump Dogs Foundation’s website, the Los Angeles based organization was founded in 2016 by Lisa and her husband Ken Todd. The couple were inspired to start the foundation after learning about the Yulin Dog Meat Festival, an annual festival held in Yulin, Guangxi, China in which thousands of dogs are consumed over ten days. Lisa and Tod emphasize that their overall goal is to end the dog meat trade in Asia. The foundation now works domestically and internationally to rescue and re-home abandoned dogs.

Lisa originally made a name for herself in the acting world thanks to role in flicks like A Touch of Class (1973) and Killer’s Moon (1978). In more recent years, she’s been a huge fixture in reality T.V. She starred in The Real Housewives of Beverly Hills from its first season in 2010 to its ninth season in 2019. She left after a scandal known as “puppygate” occurred between cast members – Lisa was angry at co-star Dorit Kemsley for failing to return a puppy back to a shelter.

Nowadays, Lisa has her own show Vanderpump Rules, which explored the lives of her staff at her numerous restaurants. Of course, Lisa will also be expanding her reality T.V. portfolio with her new show Vanderpump Dogs, which is sure to be just as juicy and entertaining as her other stints on reality T.V.