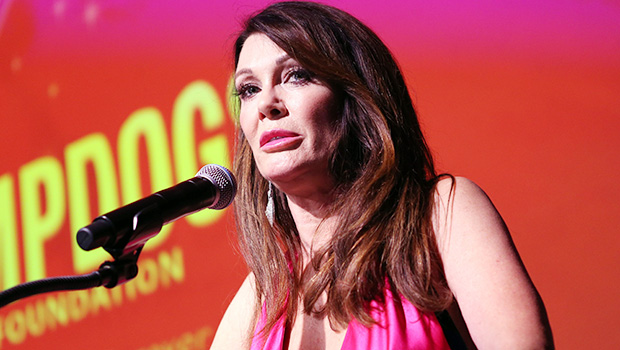 After the explosive season 9 trailer of ‘The Real Housewives of Beverly Hills’, HollywoodLife has learned that Lisa Vanderpump ‘refused’ to shoot the cast photo for the new season alongside her co-stars! Here’s what happened…

Drama in the Hills! Although we got a taste of the drama season 9 of The Real Housewives of Beverly Hills will bring, we still don’t know what really went down between Lisa Vanderpump, 58, and the rest of the cast —  Kyle Richards, Lisa Rinna, Erika Girardi, Dorit Kemsley, Teddi Mellencamp and newcomer Denise Richards. But, it appears as though the ladies of Beverly Hills have yet to patch things up, because Vanderpump refused to step on set of their season 9 cast photoshoot.

“Lisa shot her photo separately after the other ladies shot theirs so they photoshopped her in,” a source close to the animal lover told HollywoodLife EXCLUSIVELY. “She did it the same day that the ‘Vanderpump Rules’ cast photos were taken. A lot of the fights were still fresh and Lisa couldn‘t imagine having to take a photo with the other ladies. The other ladies were hoping Lisa would join, but ultimately, Lisa asked Bravo to allow her to take her photo separately and they allowed her to do so.”

For months, RHOBH fans have waited for the truth behind what really went down with Vanderpump and the rest of the cast, as rumors that she wouldn’t even appear in season 9 swirled. There were even reports that Vanderpump refused to film with her the rest of cast. However, she is indeed in the forthcoming season’s explosive trailer, which was released by Bravo on December 20. Not to mention, Vanderpump herself, told us she’d be back when we caught up with her in mid November.

The trailer for season 9 certainly brought the laughs, suspense and a plethora of drama. “The real story is even more crazy, epic, unbelievable, shocking” the trailer claims, before showing scenes from lavish vacations, a Halloween event, and the nuptials of both Denise and, “friend” of the cast, Camille Grammer. At one point Vanderpump is seen holding up printed text messages, and she doesn’t look happy. “A season of lies, a season of heartbreak, a season of betrayal,” the trailer says, later showing Vanderpump’s husband, Ken yelling, “You’re a f–king liar! Goodbye Kyle!” OH, and, the trailer even teases the return of none other than Brandi Glanville!

Although the smoke hasn’t settled just yet, Kyle Richards admitted that she’d like to mend things with Vanderpump. When it was unclear if Vanderpump would return, Richards told us, “I do not want to see her walk away. I feel like we can work through anything,” in late November. “We care about each other, we’re friends. I don’t think any relationship is beyond repair in life. There’s always repair — Room for repair,” she added.

Richards also teased what’s to come when season 9 of RHOBH returns. “This season has been complete craziness. We’ve just never had a season like this, ever. It’s been so unpredictable and just craziness every day, just twists and turns that you’re not expecting and still continue,” she said. “We’ve just never had a season like this and so it’s kind of weird for me. I think that our audience is really going to like it!” — The Real Housewives of Beverly Hills season 9 premieres Tuesday, February 12 at 9 PM ET on Bravo.