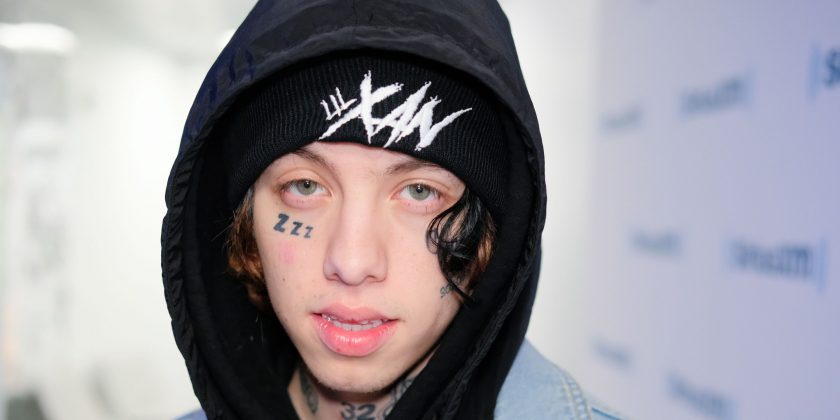 Two weeks after Lil Xan was admitted to rehab due to his struggle with “a lot of opioids,” Lil Xan is out and sober. He took to Twitter to share the good news on Friday, but it was short-lived because the police allegedly “detained” him yesterday.

The “Betrayed” rapper posted a video of the incident on his Instagram and alleged the police approached him and his friends “with hands on there [sic] guns asking me to put my hands where i can see them and i did.” Xan added, “Detained for no reason and these cops profiled me for the way i look.”

In the video, you can see Xan talking to the camera and asking the police if he’s being detained. The cop, whose face you can’t see, said, “We’re just asking you some questions.” Xan then responded, “I’m being detained, basically. He didn’t want to say it. I’m being detained for playing loud music at my Airbnb.”

not a gated community just playing music at 10 having a good sunday lol cops came with hands on there guns asking me to put my hands where i can see them and i did. Detained for no reason and these cops profiled me for the way i look,Anyone who thinks wants to say i’m not sober can think that but i’m Completely sober and was acting very calm… Just gonna leave this video here ! everyone have a good day tho 💔 witsooooomuchluvvvvv!

Xan and the officer had a back-and-forth conversation, and the officer said, “Let’s not make this a big deal.” Then Xan added, “The only difference is y’all have guns and we don’t…Y’all have the thing to kill me.”

Xan didn’t post the rest of the incident on Instagram, but he did share a screenshot of what appears to be a text message from an unidentified sender. The message said:

Before checking into his Airbnb, Xan reportedly only left rehab for a day to sign paperwork for a new house in Redlands, California, which is where he’ll live after he finishes treatment. Redlands is only a 45 minute drive from Palm Springs, so he could’ve been staying there while finalizing the paperwork. As of now, Xan seems to be back in rehab, according to TMZ.

If you or someone you know is struggling with substance abuse or addiction, call the Substance Abuse and Mental Health Services Administration’s 24-hour treatment referral hotline at 1-800-662-HELP (4357) or visit Findtreatment.samhsa.gov for free and confidential help. In the case of a medical emergency, call 9-1-1.