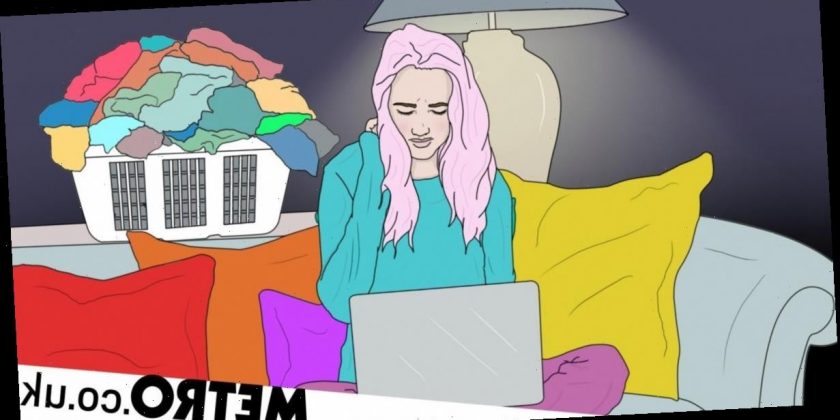 This week saw the commencement of lockdown version 2.0, with the Government promising their latest update would include brand new features and performance improvements in the absence of a much-needed bug-fix for Covid-19.

Lockdown 1.0 had an air of novelty about it. We were on the precipice of unprecedented times and – as such – we didn’t know quite what to do with ourselves; except that whatever we did, we had to do it indoors.

That novelty has well and truly worn off now. My flatpack furniture has been assembled, my banana bread has gone stale and I’ve exhausted every possible category for a Zoom quiz (one low-light being the week I resorted to throwing objects into a bucket to see if they would float).

I don’t think anyone cares (or possibly ever did care) if I completed my couch to 5k (I didn’t).

I’m lockdown fatigued, which is why I’m more concerned about the next round and its impact on my mental well-being than I was the first.

Lockdown 1.0 felt useful, at times. Aside from personally slowing the spread of the virus by watching all the true crime series Netflix had to offer, I took time to reconnect with old friends and even with myself a little bit.

I sought the silver lining and viewed the momentary break in my life as a welcome one. Lockdown: The Sequel, however, will never be as good as the original.

Despite the increased prevalence of the virus and the lack of a cure, I don’t feel the sense of immediate danger that I did back in March. I thought that would have a positive impact on my mood but, in fact, it’s had the opposite effect.

Just getting through the day without dying felt like an achievement back in spring. Now lockdowns feel like a permanent fixture, rather than a temporary fix, I’m finding it hard to get my head around the longevity of it all.

Back in March, it felt like that nation was united against a common invisible enemy. This time it feels like we are fighting against each other. The initial fear of the virus unified us and superseded our desire to socialise as normal.

But now that we are back to square one, with no guaranteed end in sight, people are taking far different approaches to the rules set in place and many more are questioning whether lockdowns even work.

I used to view science as – well, a science – but as our leading scientists can’t agree on the best route forward, my head feels as hazy as a year seven chemistry lab.

Just because these times are becoming sadly more precedented, doesn’t mean we should put pressure on ourselves to be any better at dealing with it

Looking back at Boris’ highly-ridiculed address to the nation back in March, I long for the – dare I say it– relative clarity it entailed. Even Matt Lucas could list the rules in two verses and a chorus but I’ve lost the cheery optimism of a singing baked potato.

After seven months in the pressure cooker, my mind feels more like a fragile, burnt-out crisp.

The Government told us that if we made these sacrifices just once, then things would get better. They needed us to buy them some time. We held up our end of the bargain, but while the they failed to deliver a ‘world-beating’ test, track and trace system, we‘re starting all over again, only this time with a lot less hope and very little faith.

Granted, the most draconian of measures have not been reapplied. We can exercise freely outdoors and even meet up with one friend in the park to do so. But that’s of little use to those who work during daylight hours and would struggle to find anywhere warm – let alone lit- to exercise these freedoms.

As a woman –  and I am loathe to say this, but sadly it is a fact – going for a run in the park at night is terrifying and possibly even dangerous. Not exactly great for your mental well-being.

Being unproductive in Lockdown 2.0 feels less excusable than before. Like survivors of a shipwreck, there’s only so long you can play games on the beach before you realise you’re in it for the long-haul and had better start collecting some firewood.

People have gradually upgraded their temporary ‘working from home’ beach shacks into permanent log cabins, and the pressure to be successful hasn’t disappeared just because we’re doing it from home.

We’re supposed to be old-hands at this lockdown business now and we’re increasingly expected to be good at it, yet my greatest critic is still the one in my head.

The trick is to try not to compare ourselves to each other, or even to the lockdown 1.0 version of ourselves. The days are getting shorter, and the cold, dark nights are getting longer, meaning this one will hit differently.

Winter is a bitch at the best of times, but without the guarantee of family reunions and festive parties on the horizon, it feels that much harder this year.

Just because these times are becoming sadly more precedented, doesn’t mean we should put pressure on ourselves to be any better at dealing with it.

I hoped that knowing I’d already got through the first lockdown would alleviate some of my anxieties about this one, but knowing you can survive a rollercoaster ride doesn’t make the slow climb to the top just as terrifying the second time around.

MORE : Lockdown will bring more mental health crises, so where is the Government support?

MORE : How to cope with lockdown if you have SAD

MORE : Why you might be more tempted to panic buy in the second national lockdown – and how to resist the urge to stockpile