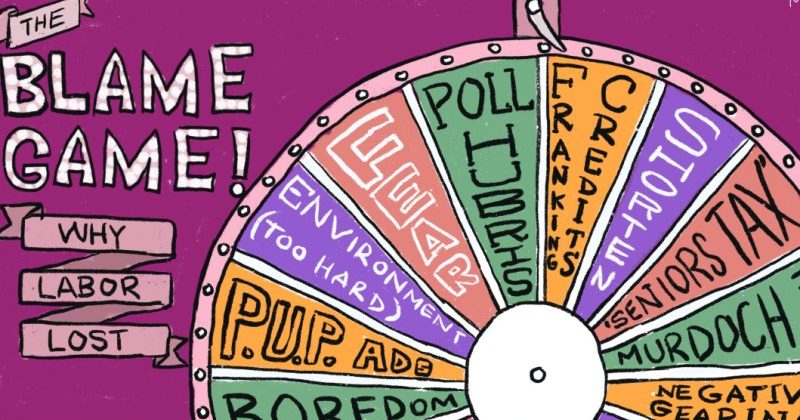 It’s been a week since the election so, naturally, by now a great many of the people who work in the House with the Flag on Top – politicians, staffers, journalists – know exactly why Labor lost and the Coalition won: those hugely controversial dividend franking credits.

There were other reasons, of course, but franking credits is the big one. How do I know they know? Because this is what happens after every election. 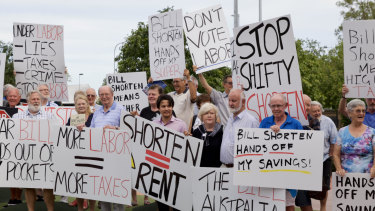 Labor’s plan to change tax arrangements on dividends have been credited as a major cause for its election loss.Credit:Paul Harris

They seem to refute the contention that many well-off retirees (or even prospective well-off retirees) moved their votes away from Labor because they were deeply opposed to the planned changes to franking credits.

They leave open the possibility than many less well-off voters moved their vote away from Labor because they disapproved of the way well-off retirees were to be treated. If so, they were being very magnanimous towards people better off than themselves.

Possible, but not likely. It’s easier to believe they (or, at least, some of them) were renters voting against Labor in response to the real estate agents’ scare campaign claiming Labor’s plan to limit negative gearing would force up rents.

Turning to the higher-income electorates, there’s little sign of many people moving their votes away from Labor because of their opposition to its franking credit plan – or to its move against negative gearing, for that matter.

According to Denniss, it looks like renters voted to help their landlords keep their tax lurks, whereas the landlords voted for Labor’s offer of free childcare and the restoration of penalty rates for their tenants.

Well, maybe. What can be said with more confidence is that it’s hard to see much sign of an outbreak of class warfare.

Moving on from Labor’s controversial tax changes, the success or near success of independents running in Liberal seats such as Warringah and Wentworth in prosperous parts of Sydney, and Indi in rural Victoria, makes it easier to believe the swing to Labor in so many high-income electorates was motivated by a concern that Australia needed a more convincing policy to combat climate change.

As for the swing against Labor in many low-to-middle electorates in Queensland and NSW, my guess is they felt Labor was neglecting their worries about jobs and the cost of living.

It’s never as simple as many workers in Parliament House convince themselves.