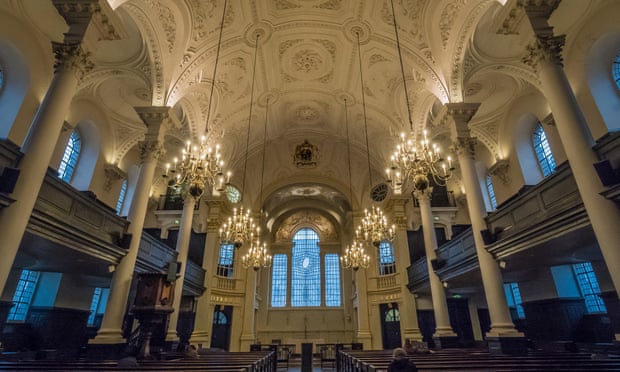 Walking through Camden Town in north London recently – a place whose countercultural relevance dwindled sometime between the Libertines’ first and second albums – I came across a building labelled WORK.LIFE, plus the slogan, “Because life’s too short”.

It seemed to symbolise everything that the late cultural theorist Mark Fisher meant when he coined the phrase “boring dystopia”. WORK.LIFE is one of those hubs for freelancers, or “digital nomads” – a handy phrase if that green juice cleanse isn’t providing the quite the level of purging that your body desires. Don’t flush yet, though, there’s more: “Nestled in one of London’s most iconic postcodes, there’s plenty of creative spirit here as well as a punk-rock approach to business.”

“We believe that work doesn’t have to feel like work,” the website smarms on. “In fact, we think you can blend your work with your life to create a lifestyle you love – all the time, not just outside the 9-5.”

There will be those of you who, much like myself, see this patter as a prime example of the capitalist colonisation of leisure time. Little by little, and facilitated by technology, the lines between work and play have become blurred. Social media encourages users to promote themselves as though they are products. So why not live, work and socialise in the same space too? Many of us are disturbed by these developments. Other ways of living, where the terms “work” and “life” are separated by canyons of empty white space, have much more appeal.

But we social revolutionaries are old hat. These hubs for digital nomads are popping up everywhere in our cities, and now the Church of England wants some of the action. The Times reports that it is to offer desks to young professionals, not to mention on-site gyms, as part of a £35m drive to attract younger congregation members. Focusing on areas with large student populations, these churches will offer a range of trendy services, with Stockton-on-Tees even appointing a “social media pastor”.

I should probably say here that I am not religious, and tend to view the attempt to modernise on the part of most religions as fatally incompatible with the whole worshipping-a-fictitious sky-god-who-tells-us-women-and-gay-people-are-inferior thing. Introduce a guitar into the proceedings, and I’m the first one calling for the last judgment. I don’t care if the whole world turns into a Hieronymus Bosch painting, I’ll even lead the procession into the demon’s cavernous, gaping mouth provided I don’t have to listen to Christian rock. And that’s before we get to the archbishop of Canterbury’s “speaking in tongues” revelation.

Then again, I grew up having my tarot cards read, several people in my family are Buddhist, and I’m pretty sure I once saw a ghost, so each to their own. Leaving theology aside for a moment (cracked that one, lads), it’s the religious co-opting of the capitalist work ethic that gives me pause. With Protestantism, you could argue that the two things are natural bedfellows. And yet, before we had community hubs we had … churches. The original hubs. Fuse the two, and to where departeth the soul?

Churches are supposed to be places of refuge for the poor and dispossessed, not workspaces for every AirPod-wearing, kombucha-drinking, laptop-tapping, hashtagging social media manager trying to make it as an influencer on the side. These people don’t need help, but those struggling under austerity desperately do. The commitment that those in the church have shown towards highlighting the evils of that economic policy has made me feel more favourable towards the institution than free wifi ever could. The church’s night shelters and soup kitchens, its mother and baby groups and food banks – these are the community services that bring people together.

Workspaces where people sit on their laptops, atomised and alienated from one another are 10 a penny. Why offer more of the same? Shouldn’t religious buildings be places of refuge from the treadmill? Will those kinds of people really see such a backdrop as part of their “personal brand”? Besides, ecclesiastical buildings will require the kind of fan heater that dwarfs the one currently at my feet.

How to save our high streets? The answer is in the church | Simon Jenkins

Perhaps I am idealising the role of the church because I have had little contact with it. Yet aspects of it have personal resonance. My grandmother was born into a Salvation Army home, and until his death my grandfather made regular donations, which I have tried to continue. And on a recent visit to Chester Cathedral last month, I found myself unexpectedly moved. They were holding a Christmas tree festival. As we walked through the nave admiring the clerestory windows and the corbels and whatnot (who doesn’t love a bit of perpendicular Gothic?), a choir were practising for an imminent wedding, and the clear, bright soprano notes were floating up into air. I stopped to examine a tree festooned with paper stars. On each star, a message to someone whom the writer had lost. “Missing you, Mum, particularly at Christmas.” I had to walk away.

Thankfully, the moment was swiftly undermined by another tree, decorated to promote a local accountancy firm, with envelopes proclaiming “Santa’s tax return”. I may have hooted, my tears vanishing, but I know which tree I preferred. Leave the work stuff to the minimalist nomad hubs. Concentrate on the stuff of life (and death). Precious few places do these days.