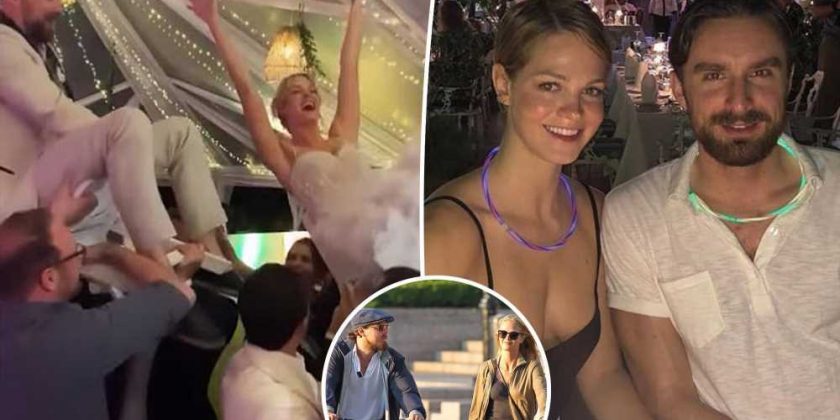 Is Leo still hung up on Bar Refaeli?

One of Leonardo DiCaprio’s many model ex-girlfriends is a married woman.

Erin Heatherton confirmed that she and her partner, Karol Kocemba, tied the knot in a lavish wedding ceremony in an Instagram post on Tuesday.

The blonde beauty, 33, shared footage of their over-the-top wedding celebration which took place in an intricately decorated tent.

“Best week of my life 🌟,” she captioned the clip, which showed the newlyweds being hoisted up on chairs, a practice often done at Jewish weddings during the hora. 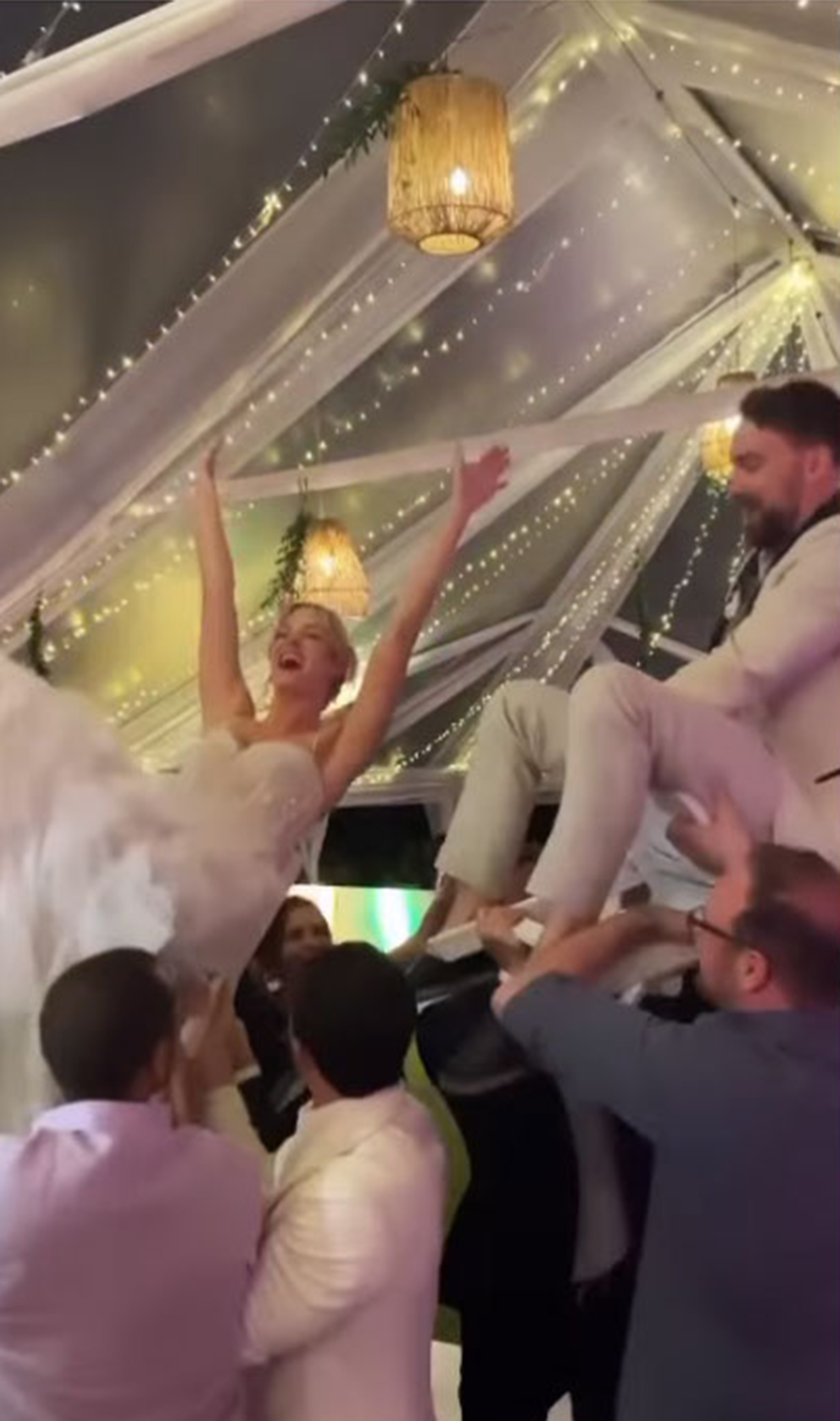 The bride wore a gorgeous white lace strapless wedding gown while the groom was anything but traditional in a white tuxedo with black lapels.

Several friends and fans of the couple commented on the post to celebrate their love. 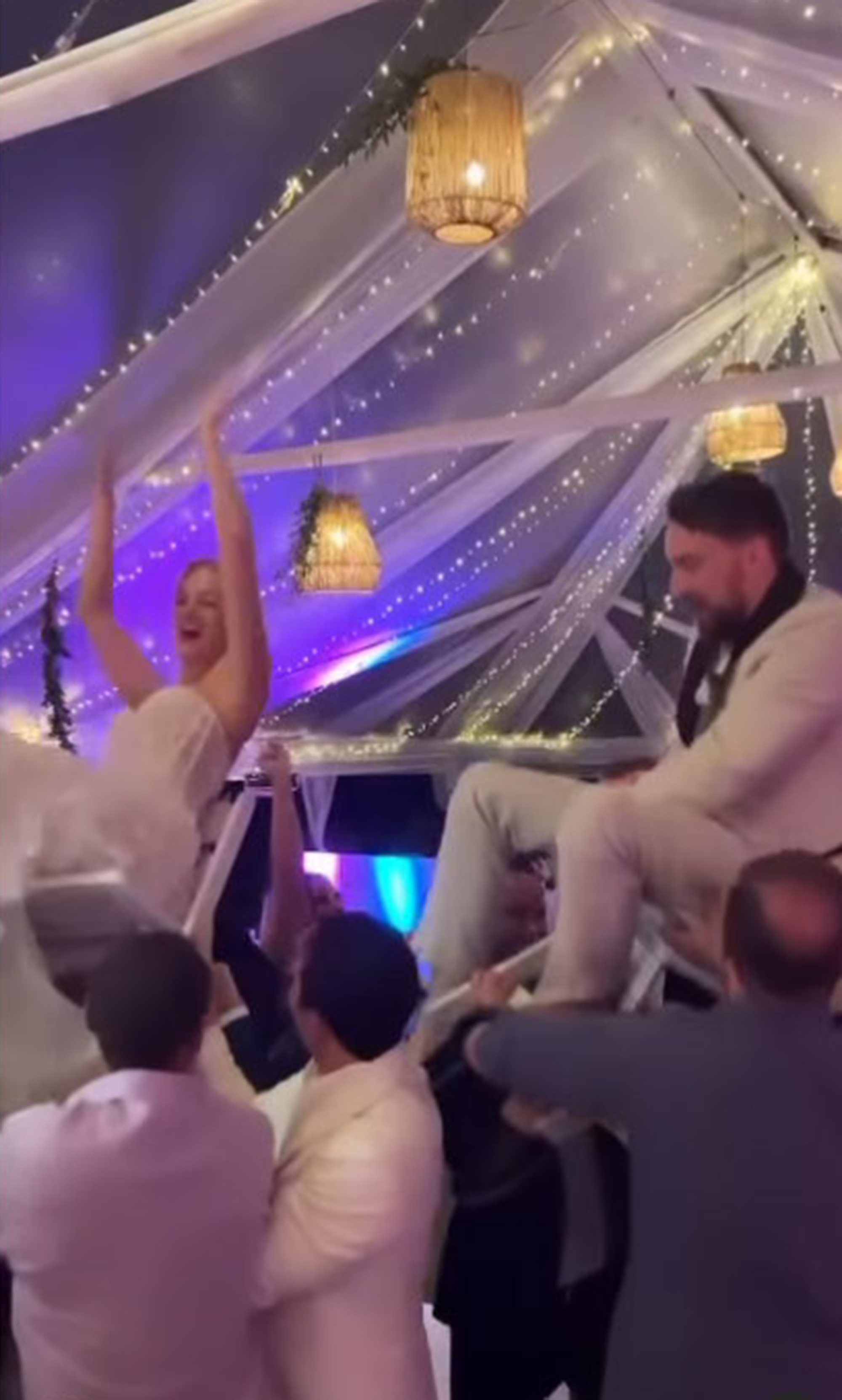 “Congrats Erin! So incredibly happy for you. Wishing you a lifetime of love and happiness 💕🎉,” a fan wrote.

“Mazel tov, Heather! I am so happy for you!” another added. 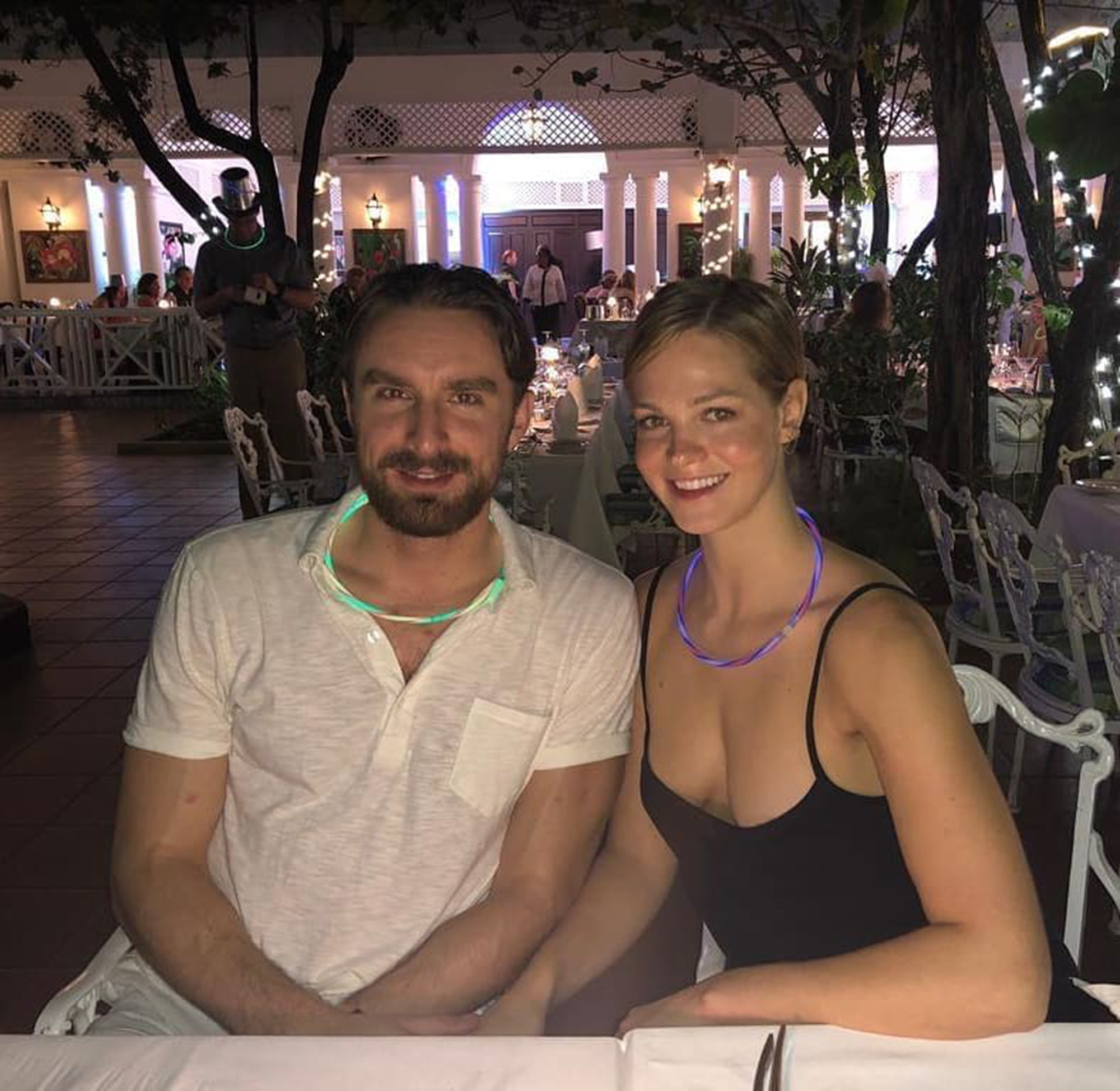 Back in March 2022, a “happy” Heatherton announced in an Instagram post that Kocemba had popped the question.

The lovebirds originally met on the Hinge dating app before they went on to co-found their fitness studio, Resistance, in Chicago. 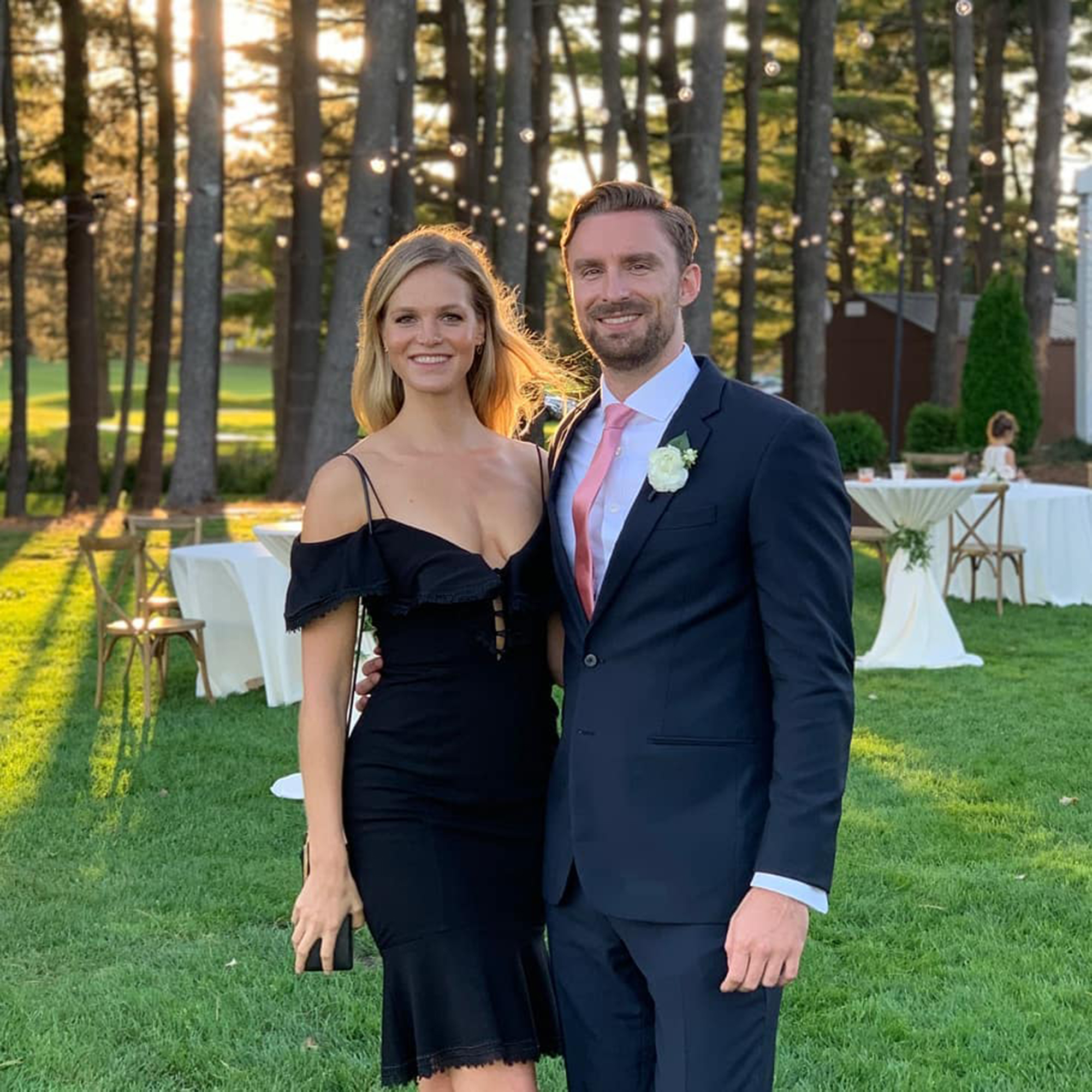 While she had her wings, she famously dated DiCaprio, now 48, for a year. 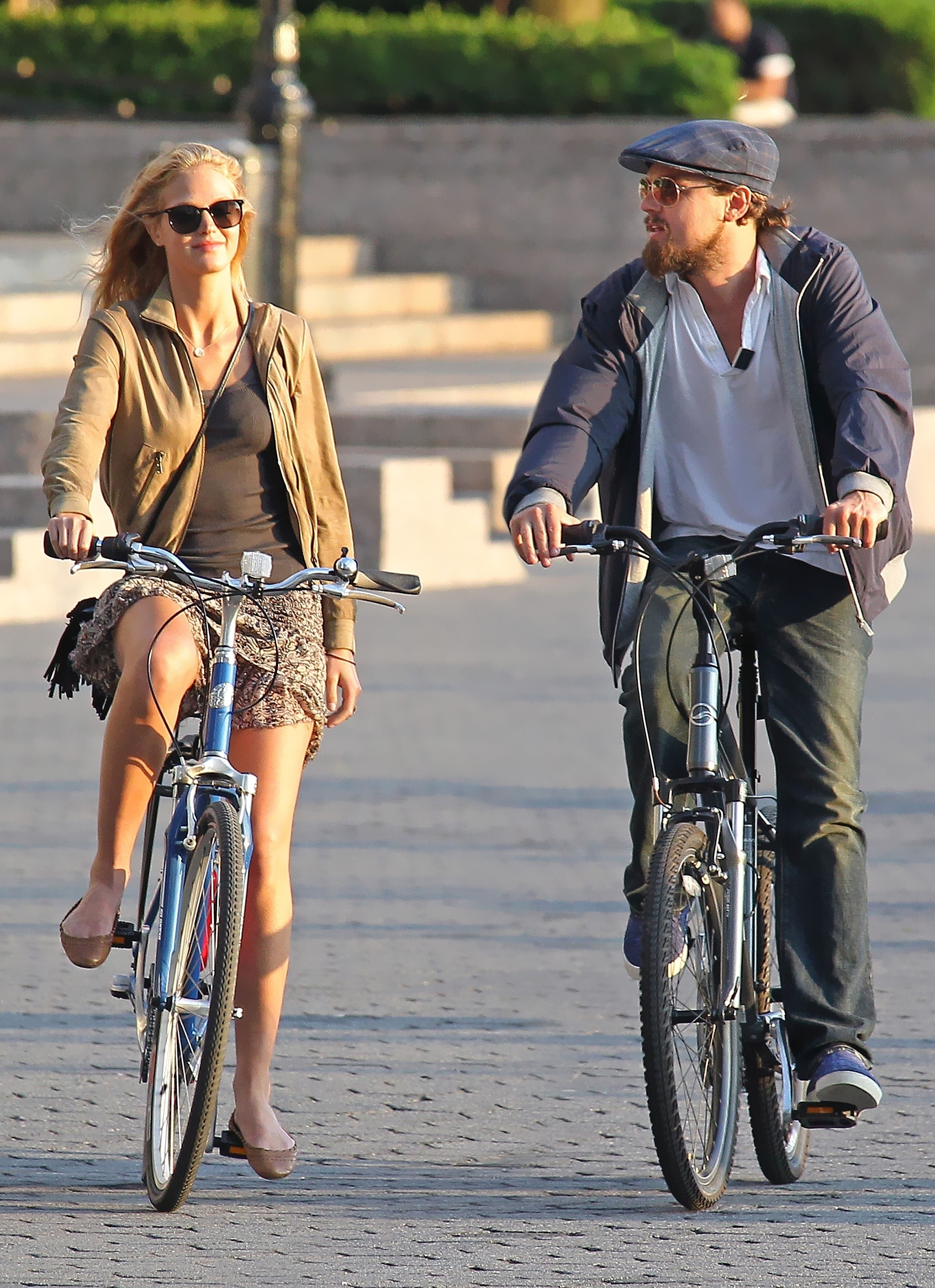 The duo began their relationship in late 2011. But, as Page Six exclusively reported at the time, they called things off in November of the following year.

Swiftly after their split, the “Wolf of Wall Street” actor was seen partying with a flock of models at Cipriani 42nd Street. 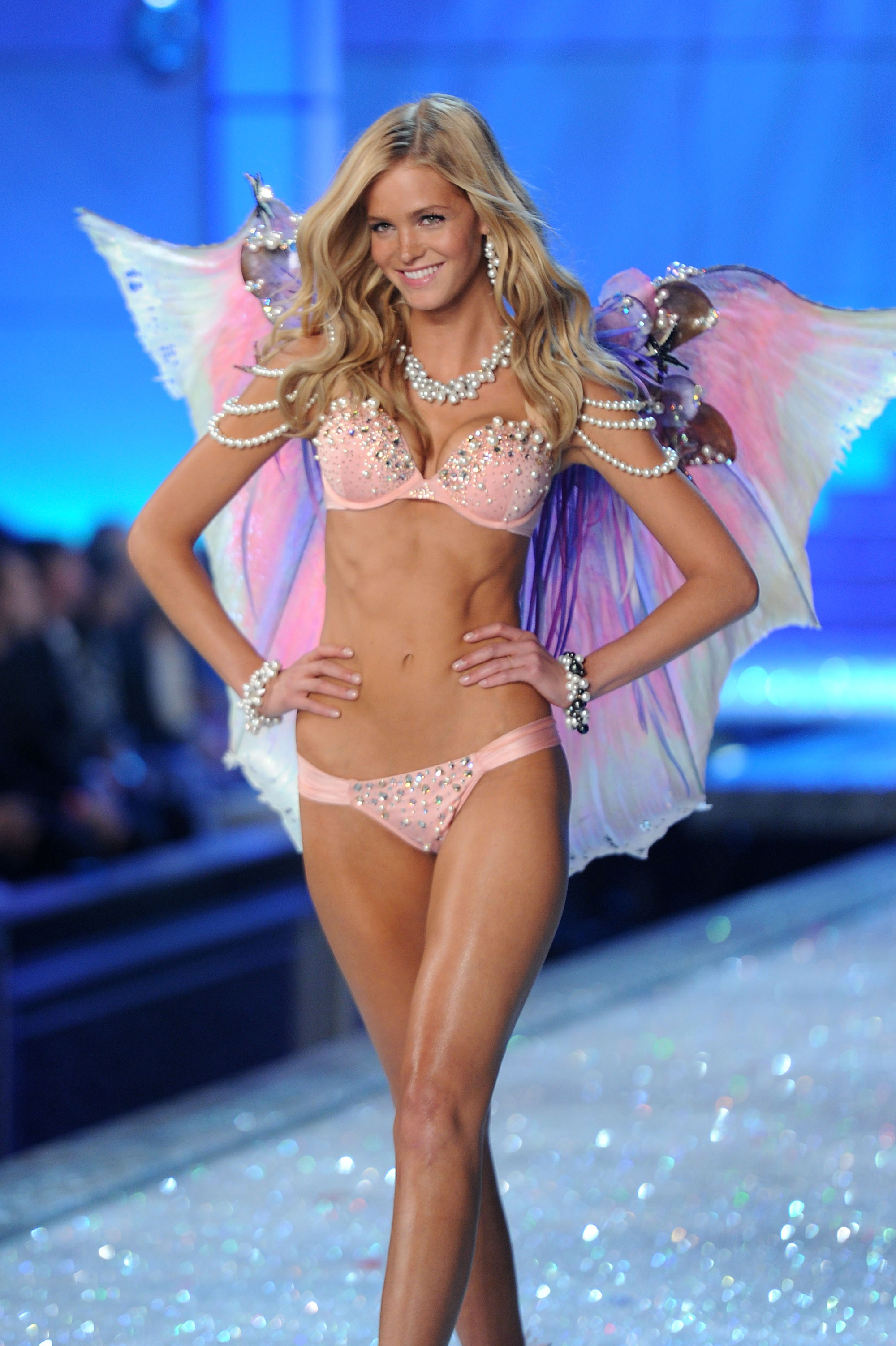 Heatherton’s rep did not immediately respond to Page Six’s request for comment.