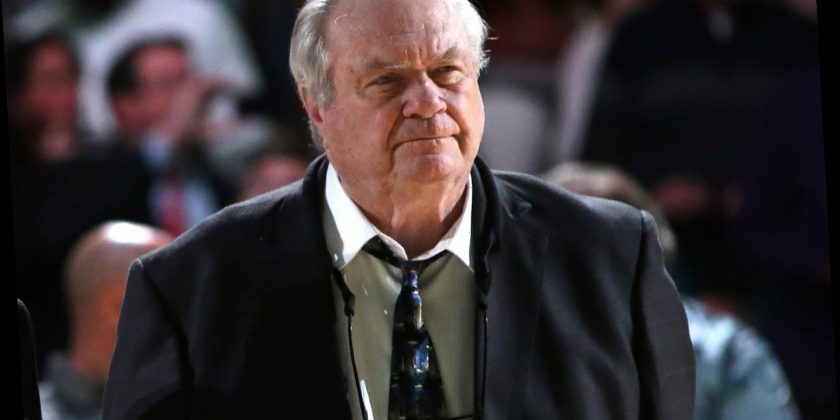 A basketball legend has died.

Longtime Celtics player, coach and broadcaster Tommy Heinsohn died on Tuesday. He was 86.

Heinsohn was an "active participant in each of the Celtics’ 17 World Championships," the team said in a statement Tuesday, calling his legacy "extraordinary and singular."

The athlete won Rookie of the Year in 1957 and was named to six All-Star teams during his playing career from 1956-1965. He won eight NBC Championships and was the Boston team's lead scorer for half of those title runs.

Heinsohn was inducted into the Basketball Hall of Fame twice: first in 1986 as a player and in 2015 as a coach. Only three other people have been inducted twice: John Wooden, Lenny Wilkens and Heinsohn's former teammate Bill Sharman. "For all of his accomplishments as a player, coach, and broadcaster, it is Tommy’s rich personality that defined the man," the Celtics' statement said, describing Heinsohn as "a loving father, grandfather, and husband."

"A talented painter and a lively golf partner. Unofficial mentor to decades of Celtics coaches and players. A frequent constructive critic of referees. Originator of the most 'Celtic stat' of them all, The Tommy Point. And a boundless love for all things Boston Celtics, a passion which he shared with fans over 64 years," the statement continued.

"We take this time to celebrate his life and legacy, and to share in the sorrow of his passing with his family, friends, and fans," the team's statement concluded. "As long as there are the Boston Celtics, Tommy’s spirit will remain alive." "Tommy was the ultimate Celtic," the joint statement said. "For the past 18 years, our ownership group has relied hugely on Tommy’s advice and insights and have reveled in his hundreds of stories about Red Auerbach, Bill Russell, and how the Celtics became a dynasty. He will be remembered forever."