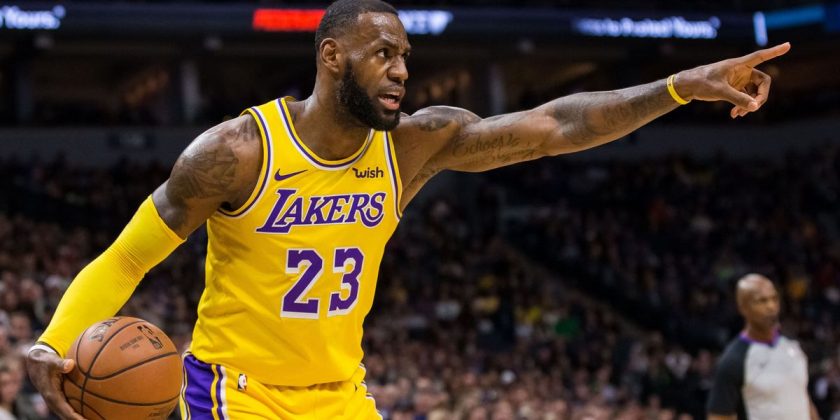 LeBron James was given a hero’s welcome on Monday night as he made his first return to Cleveland since leaving the Cavaliers for the Lakers last summer.

James was given a standing ovation as he made his way onto the floor ahead of the visitors’ tight 109-105 victory as fans showed their appreciation for their former talisman.

The 33 year-old helped the Cavaliers to a first NBA championship success in more than 50 years in 2016, but returned to Ohio in Lakers colours to inspire his new side to a late flourish to steal the game in the final quarter.

The Lakers needed to rely on 11 unanswered points in the final minutes to set up what at one stage had seemed an unlikely fightback, with Kentavious Caldwell-Pope landing four free throws in the last 15 to seal the game and stretch the team’s winning run to six out of the last seven.

The Cavaliers remain rooted to the foot of the Eastern Conference with just two wins as they struggle to adjust to life without James.

Their fans were reminded of happier times ahead of the match with a highlights reel of their former star’s best moments on and off the court, paying homage to the philanthropic work he engaged in around the state of Ohio as well as the 2016 title triumph.

“Thank you for what you did on the court but we all know, it’s bigger than basketball,” read a tribute delivered on the arena’s big screen.