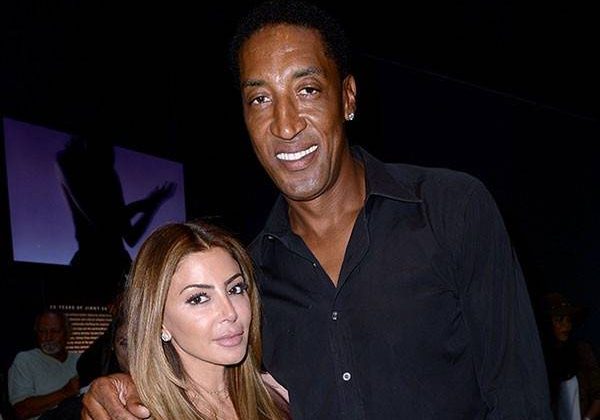 Larsa Pippen has had enough of the critics.

Just days after re-filing for divorce from Scottie Pippen, the former Real Housewives of Miami star decided to address the rumors surrounding her split.

She also had a strong message to the haters who are sending not-so-nice vibes her way.

“Ppl are so insensitive to my life. I’m a lover and will never say anything negative about him. My soul isn’t built for negativity,” Larsa shared on Instagram Stories. “I’ll take a beating publicly. Ppl saying I cheated when believe me it wasn’t like that.”

She added, “He was no where around. I cried oceans after him. I would do anything for him. Ppl saying I’m a gold digger is inane. I don’t care about money. I’ve had it my whole life.”

And while court documents cited “irreconcilable differences” behind the split, Larsa may have just shed some light into what led to her decision to re-file for divorce.

“I spent my bday, New Year’s Eve, times when I needed him alone,” she shared. “At some point, I decided I had to live my truth and here I am.”

Since the divorce filing made headlines, both parties have stepped out for various reasons. Scottie was spotted at STK Downtown on Sunday having dinner with a friend in New York.

As for Larsa, she stepped out in Los Angeles Monday night to celebrate the Hailey Baldwin x Pretty Little Thing collection launch at Catch LA.

According to an eyewitness, the TV personality hung out with WAGS stars Nicole Williams and her husband Larry English for much of the evening.

“Larsa kept smiling and laughing and seemed to be in really good spirits,” our source shared. “It looked like she was having a blast.”