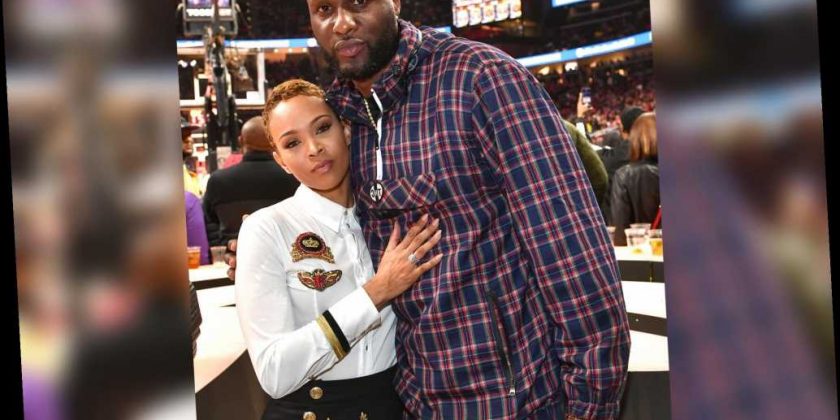 Sabrina Parr confirmed Wednesday she and fiancé Lamar Odom have called off their engagement, revealing the former NBA star “has some things that he alone has to work through.”

“Y’all know I’m honest and transparent so I have to be the first to let you guys know that I am no longer engaged to Lamar,” Parr posted to her Instagram Story. 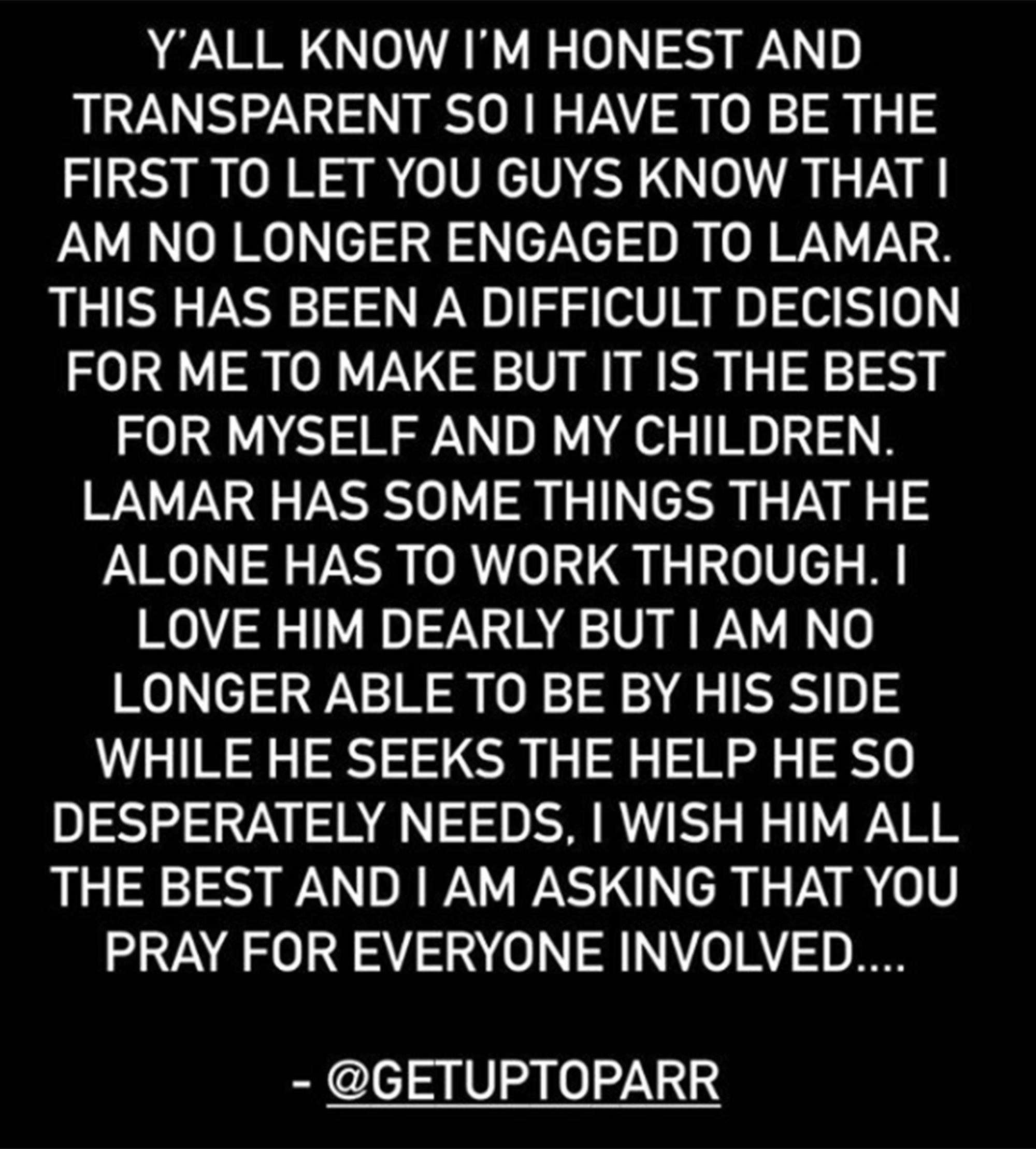 “This has been a difficult decision for me to make but it is the best for myself and my children,” she continued. “Lamar has some things that he alone has to work through.”

Odom, 40, who was previously married to Khloé Kardashian from 2009 to 2016, announced his engagement to Parr, a fitness enthusiast, last November. Over the summer, the pair revealed they planned to wed in November 2021.

Parr said Wednesday while she loves Odom “dearly,” she is “no longer able to be by his side while he seeks the help he so desperately needs.”

“I wish him all the best and I am asking that you pray for everyone involved….,” she concluded.

Odom, who has struggled with drug addiction in the past, had a near-fatal overdose in 2015 when he was found unconscious at a Nevada brothel.

A rep for Odom did not immediately return our request for comment.