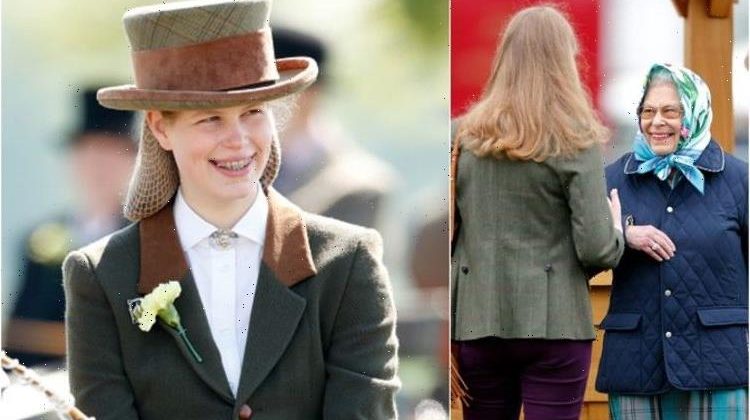 If Louise decides to become a Princess, smiling constantly will be part of the job description.

According to new research conducted by Altima Dental, Lady Louise has one of the most popular smiles in the Royal Family, even surpassing Her Majesty The Queen.

Lousie receives 900 Google searches a month regarding her smile, and 10,800 a year.

However, the Queen only receives 650 searches a month and 7,800 for the year.

Like several of her cousins, Louise had braces fitted to straighten her teeth.

The Queen also wore braces as a teenager to realign her teeth.

A spokesperson for Altima told Express.co.uk: “Dental procedures are frequently necessary to prevent more serious issues in the long run, and even the Royal Family is not immune to that.

“It is interesting to see such influential individuals embrace treatments such as braces and veneers, and it hopefully encourages others to take care of their smiles.”

According to the research, Kate Middleton has the most searched royal smile with an average of 36,000 Google searches per year.

This is twice as many as Meghan Markle.

Meghan Markle took the second spot with 17,400 searches per year.

This was followed by Prince Harry in third with 15,000 searches.

Kate reportedly wore Invisalign braces to slightly straighten her teeth before her marriage to Prince William in 2011.

In second place was Meghan Markle with a total average of 17,400 Google searches per year – less than half the searches that Kate Middleton’s teeth received.

It is suspected that Meghan opted to use orthodontic straightening methods such as braces or Invisalign to close a gap between her front teeth.

Additionally, she might also have porcelain veneers to perfect her smile.

Third place went to Prince Harry with 15,000 searches on average per year, 12,000 of which are specifically related to his teeth.

As a teenager, he wore braces to realign his smile, and more recently he appears to have had his teeth whitened.

This research was carried out by Altima, which was founded in 1993 and has grown to become a group of dental clinics which provides comprehensive dental care to patients at more than 150 clinic locations across Canada.