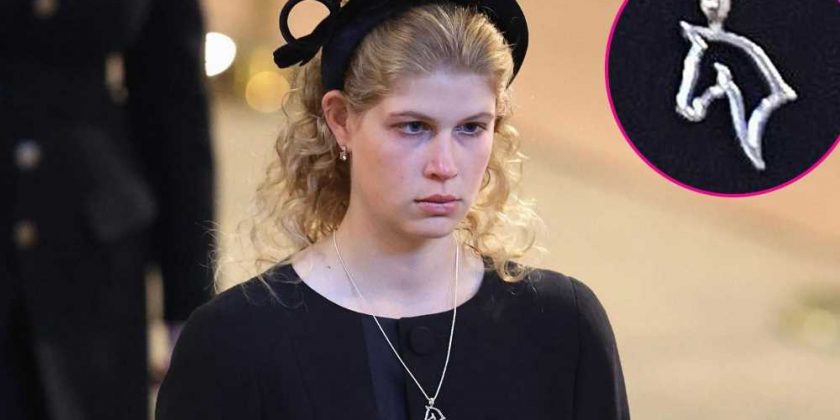 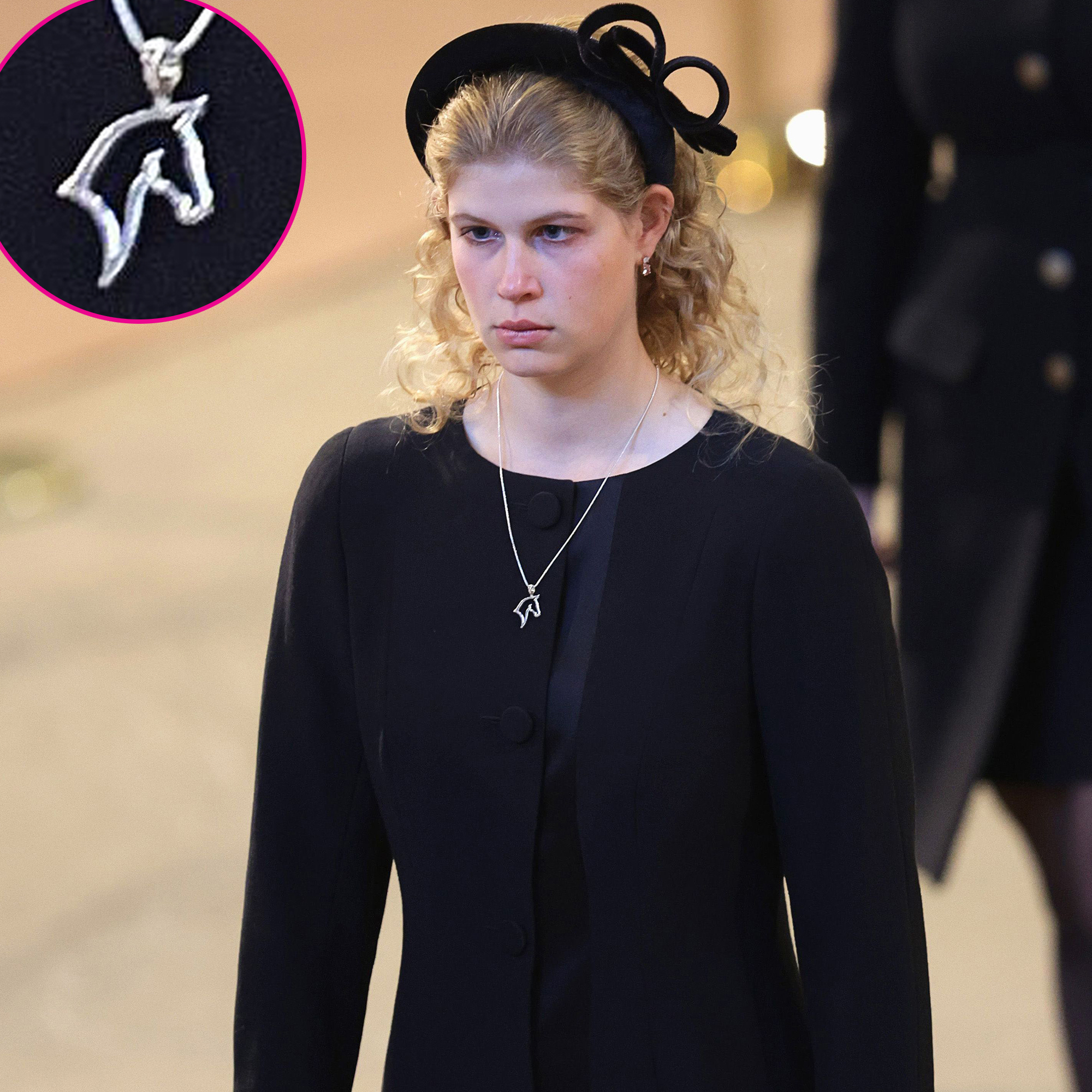 A nod to her Grannie. As Lady Louise Windsor honored Queen Elizabeth II’s memory while standing guard at a vigil with her brother and cousins, she also included a sweet sartorial tribute to the late monarch.

Who Are Lady Louise and Viscount James? Meet the Queen’s Teenage Grandkids

As Lady Louise, 18, marched into Westminster Hall on Saturday, September 17, she wore a black dress, coordinating headband and matching boots. To complete her look, she added a subtle silver necklace with a horse-shaped charm. The equestrian jewelry choice serves as a subtle nod to her passion for horseback riding, which she frequently bonded over with the late queen. 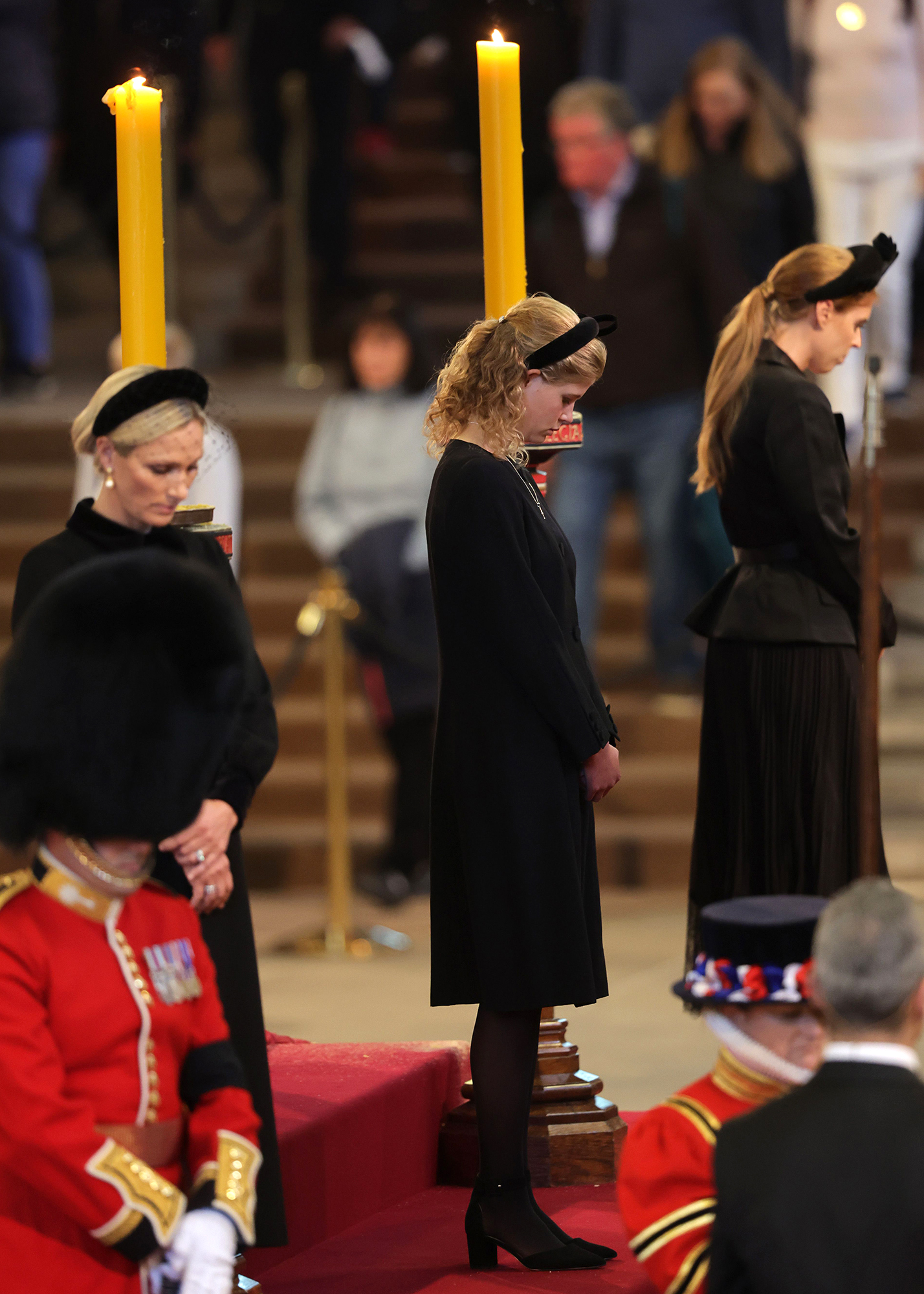 The college student and younger brother James, Viscount Severn, joined their cousins on Saturday as they guarded Her Majesty’s coffin as it lies in state ahead of her Monday, September 19, funeral. Lady Louise and Viscount James, 14, followed Prince William, Prince Harry, Princess Beatrice and Princess Eugenie into the government building. Peter Phillips and Zara Tindall (née Phillips) followed the teenage children of Prince Edward and Sophie, Countess of Wessex. (Their Westminster Hall procession followed in order of the royal line of succession.)

William, Harry and All of the Queen’s Grandchildren Hold Vigil in Her Honor

While Lady Louise is the youngest granddaughter of the late sovereign and Prince Philip, who died in April 2021 at the age of 99, she still shared a special bond with the regal matriarch and patriarch — especially where equestrian pursuits were concerned.

“The Duke of Edinburgh has been so involved in my [carriage] driving which has been lovely but slightly scary because he invented the sport pretty much,” the St. Andrews University student recalled in BBC’s Prince Philip: The Royal Family Remembers documentary, which aired in September 2021. “After a competition, he’d always ask me how it went. His eyes would light up because he just gets so excited when he talks about it.”

Lady Louise added: “It’s incredible to have learned first hand from him. … When we would go carriage driving, he would take me on a different route every day, I do not know how he managed to do that, and tell me all sorts of anecdotes about anything and everything. He is honestly one of the most interesting people I have ever met.”

The 18-year-old also gets her love of riding from the queen, who received her first equestrian lesson at the age of three. Even as the long-reigning monarch got older, she still enjoyed riding her beloved stallions, attending the Royal Ascot and even reading through the horse-racing pages in the newspaper while eating breakfast.

Elizabeth, who died earlier this month at the age of 96, also had a special bond with her youngest grandchildren.

“I guess not everyone’s grandparents live in a castle, but where you are going is not the important part, or who they are. When they are with the Queen, she is their grandmother,” the Countess of Wessex, 57, told The Sunday Times in a June 2020 interview.