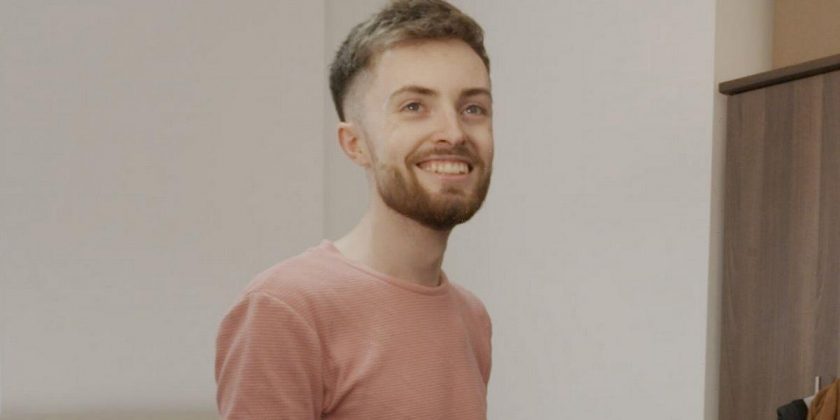 A well-endowed lad was rejected for a job after his big bulge was mistaken for "inappropriate behaviour" during an interview.

Joe, whose willy is a whopping 9.5 inches long when erect, suggested being blessed with a massive member isn't necessarily all its cracked up to be as his super-size schlong can hinder everyday life.

On one occasion, he believed it even scuppered his chances of landing a new job.

Appearing on Channel 4 show My Massive C***, he said: “I went for this interview and I thought the interview went really well,” he began. “But suit trousers are well fitting, very tight.

“The response I got was, ‘you’re not going to get the job, we thought you were a good candidate but we thought there was inappropriate behaviour happening’.”

“They thought that I had an erection throughout this whole interview, and they were very much like, ‘you’re attire wasn’t right’.

In Britain the national average penis size is 5.17 inches long.

Joe, who is only 5ft 6ins tall, said his extra large todger was disproportionate.

“It’s like nearly a twelfth of my height,” he added. “The scaling is off – it’s thicker than my forearm.”

He recalled how rumours about his considerable package started to spread after his pals spotted it in the football changing rooms.

Now, he goes to great lengths to reduce the risk of problems, including buying special underwear with an extended pouch.

Despite the career setback, Joe remained upbeat about his situation, even creating a mould of his member later in the episode.

My Massive C*** set out to highlight the issues that come with having a huge penis.

The documentary left viewers gobsmacked after showing another man’s 10.5 inch willy in all its glory.