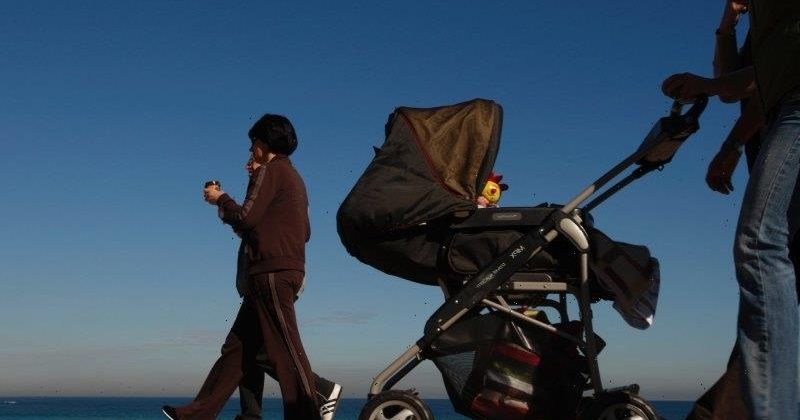 Mums and dads taking time off work to look after their babies will be promised more generous paid parental leave under a Labor government, putting pressure on the Coalition to expand the scheme ahead of the election.

Paying superannuation on top of the existing paid parental leave arrangements is a proposal the opposition is planning to turn into an election promise, said senior Labor sources who are familiar with the plan but declined to be named. 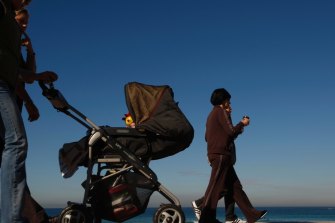 Paying the super guarantee on paid parental leave has support from the super industry, Labor and the Greens.Credit:Louise Kennerley

This policy was taken to the last election by the opposition but it has not yet been formally re-adopted. However, the sources said re-introducing the pledge was “almost certain”. The Greens also support expanding the scheme to include super.

The federal government was expected to unveil a plan to pay super on top of paid parental leave in the budget as well as scrapping the minimum $450 per month threshold under which employers have not been required to pay super. Both were identified by Treasury’s 2020 Retirement Income Review as equity measures that would modestly benefit women’s super balances.

While the $450 minimum is planned to be removed from mid-2022, and $3.4 billion in spending focused on women was a major pillar of the federal budget this month, there was no mention of super for paid parental leave.

Greens deputy leader and spokeswoman for women Larissa Waters has written to Treasurer Josh Frydenberg and the Minister for Women’s Economic Security, Jane Hume, to bring forward the elimination of the $450 threshold to July this year to help low-paid women sooner.

“This policy has tri-partisan support and legislation to make the contributions effective from July 1, 2021, would be assured of support in both houses of Parliament,” Senator Waters said.

She also backs super being provided on top of paid parental leave.

Industry Super Australia modelling of a 25-year-old having babies at age 29 and 32 shows there would be a “material difference” if super was paid on parental leave.

Their calculations estimate the mother of two would be about $13,500 better off in retirement if the Commonwealth paid super on parental leave. If employers followed, this could be as much as $33,000 for a median income earner in the same situation.

Industry Super Australia chief executive Bernie Dean said parental leave was the only form of leave where super was not paid. He said it was a “pregnancy tax that harm mums’ retirement savings”.

“The government is taking positive steps towards bridging the gender super savings gap but it must do more – starting with paying super on every dollar earned, including Commonwealth Paid Parental leave and mandating that super is paid on employer parental leave.”

More than 90 per cent of people who take government-funded paid parental leave are women. Super funds attribute the large widening in the gap in super balances between men and women to time taken off to care for children.

Labor finance spokeswoman Katy Gallagher said she had understood super payments on parental leave would be in the budget and the issue would be under scrutiny in estimates.

“It’s over to the government why they dropped out that they were going to do it and somehow back-tracked and it disappeared from the budget papers,” Senator Gallagher said.

Superannuation Minister Hume, when asked why super on parental leave was not included in the budget at a Financial Services Council post-budget briefing, said the federal government had determined childcare was the most important lever to pull to increase workforce participation. She said the $1.7 billion childcare package would help thousands of women and it was the change that “can really move the dial”.

However, she didn’t rule out adding super to parental leave in future saying the scheme was amended significantly in 2020 to provide more flexibility for families by allowing 18 weeks leave divided into two parts.

“The problem is, of course, given the disruptions to Australia’s workforce as part of the COVID-19 pandemic we haven’t really seen the full impact of the reforms and it would probably be just that little bit remiss of the government to make further changes to [paid parental leave] without proper consideration of the changes that we’ve already made,” Senator Hume said.

“But it’s certainly something that we’ve been thinking about.”

Our Morning Edition newsletter is a curated guide to the most important and interesting stories, analysis and insights. Get it delivered to your inbox.