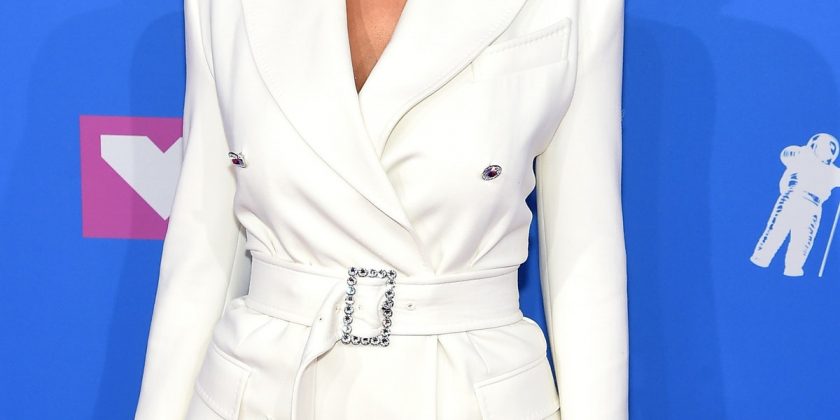 2018 has been a monumental year for Kylie Jenner. Not only is her billion-dollar cosmetics company thriving, but her love life is solid and she became a first-time mom. And that last accomplishment is what she seems most proud of. Jenner is so proud of being a mommy that she frequently shares her journey on social media. So, it makes sense that Kylie Jenner’s 2018 best nine is full of her daughter Stormi Webster. The 10-month-old is pretty much all over Jenner’s best nine and all the photos are super cute!

Jenner’s 2018 best nine is full of all the special Stormi moments she’s shared with her Instagram followers since her daughter was born in February. Those moments include the really big ones, like when Jenner first announced that she had given birth and the world’s very first glimpse of Stormi, which was just a shot of her little hand.

For those of you who don’t remember (and really, how could you forget?), Jenner’s entire pregnancy was shrouded in secrecy. And that led to an Instagram announcement that basically set the internet ablaze with excitement. In announcing the birth of her daughter, Stormi, Jenner apologized for keeping fans “in the dark.”

“I’m sorry for keeping you in the dark through all the assumptions,” Jenner wrote in the post. “I understand you’re used to me bringing you along on all my journeys. my pregnancy was one I chose not to do in front of the world. I knew for myself i needed to prepare for this role of a lifetime in the most positive, stress free, and healthy way i knew how. there was no gotcha moment, no big paid reveal i had planned. I knew my baby would feel every stress and every emotion so I chose to do it this way for my little life and our happiness.”

See a glimpse of Jenner’s 2018 best nine down below: 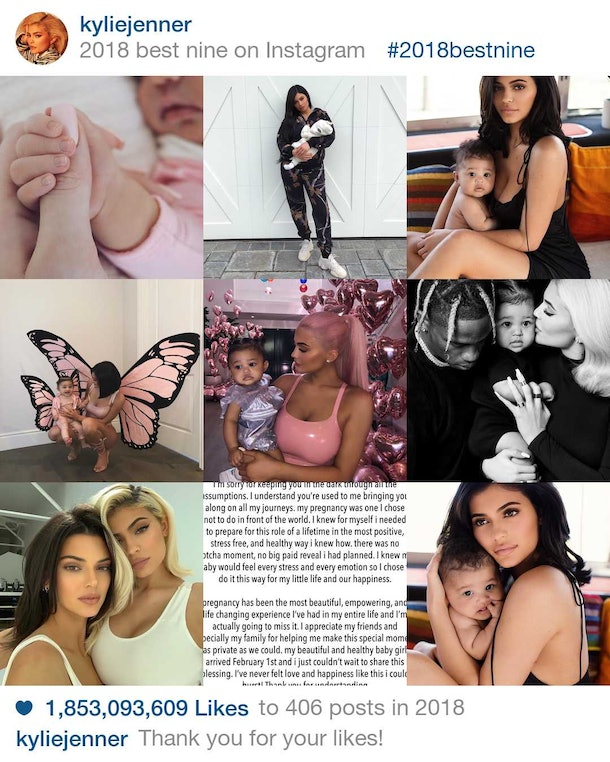 One of the other moments included in Jenner’s best nine is the post that showed the world its very first photo of little Stormi. In the photo, which was published just days after the birth, you can see Stormi’s fingers gripping Jenner’s. It’s really sweet. Have a look:

Another adorable photo in Jenner’s best nine is one from October 2018 where the mommy-daughter duo are wearing matching Halloween costumes. Both are all dressed in pink and sporting butterfly wings. Too cute!

And then, of course, there was this balloon-tastic moment from September 2018 which shows Jenner and Stormi surrounded by pink heart-shaped balloons:

Stormi wasn’t the only star of Jenner’s best nine. Her sister Kendall was also featured in a photo that was posted in October 2018. The photo shows both sisters in white tops looking at the camera.

All in all, it’s been a great year for Jenner personally and on social media. Bring on 2019!