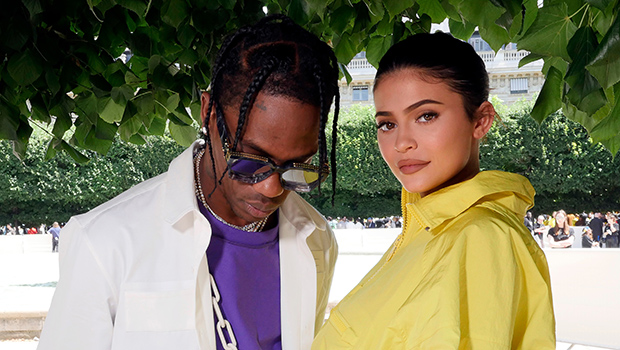 Kylie Jenner showed off one of the most romantic gestures on social media on Nov. 6, but was Travis Scott the one behind the extravagant display? We’ve got the details!

Kylie Jenner, 21, was greeted with hundreds of red roses and dimly lit candles inside her Hidden Hills home on Nov. 6. The Keeping Up With the Kardashians star showed off the lavish display in a series of Instagram posts as Travis Scott‘s song, “Hell Of A Night”, played in the background. While it was originally unclear if the extravagant gesture was from Travis, 26, a source EXCLUSIVELY tells HollywoodLife that the rapper wanted to do “something magical” and was behind the enchanted evening. “Travis is more in love with Kylie than ever before. He has been super romantic lately and Kylie loves it.” the insider revealed.

“Kylie has never experienced a relationship that has been with anyone so sweet, kind, loyal, romantic or generous,” the pal continued. “She really loves Travis.” In the Instagram video that the cosmetics mogul shared with her 118 million followers, Travis and Kylie’s nine-month-old daughter, Stormi Webster‘s feet could adorably be seen dangling in the arms of her mom while she made her way through the adorned mansion. “Travis just surprised her when he filled her home with flowers and candles because he wanted to do something magical for Kylie in the most romantic way he knew how. Travis wanted to plan something different than just buying her a piece of jewelry, which he’s done many times before. He really wanted this to stand out and it was his way of really professing his love for her.” Mission accomplished!

hell of a way to end the night ?♥️

hell of a way to end the night ?♥️

“Having Stormi not only strengthened Travis and Kylie’s bond, but showed Travis a whole other side of Kylie and what an amazing mother she is,” the source added. “One of the things Travis loves most about Kylie is how she never pressures him into marriage or settling down, which only makes him fall more in love with her.” Kylie’s friends and family were even blown away by Travis’ grand gesture and took to social media to share their support. The reality star’s sister, Kendall Jenner, simply commented on Kylie’s video, “JESUS,” while close family friend, Khadijah Haqq commented, “Someone is IN LOVE,” and celebrity hair stylist to the Kardashian/Jenner clan, Jen Atkin gushed, “Teach me Kylie. Teach me.” The Hollywood A-listers first sparked romance rumors after being spotted together at a Coachella party in April 2017. Things got serious between the pair and they announced their first child together in February.