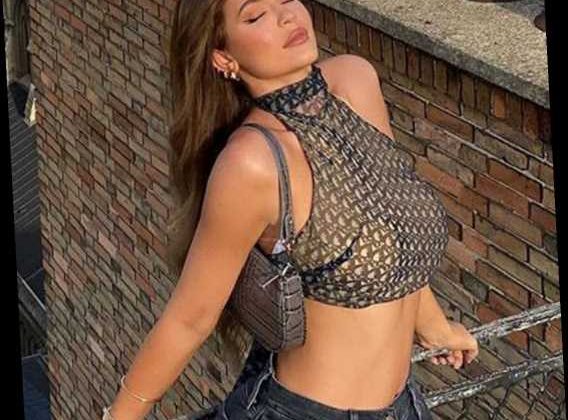 Kylie Jenner was joined by Fai Khadra and friends on a trip to Paris, where a business exemption allowed her to travel for meetings with cosmetics company Coty.

Kylie Jenner is getting back to business.

According to a source, the Kylie Cosmetics guru brought a group of friends with her on a business trip to Paris where she met with cosmetics company Coty and CEO Peter Harf this week. "She was able to enter the country on a business exemption," the insider shares. "She had meetings for her cosmetics brand and brought friends along to make a trip out of it."

Despite travel restrictions caused by the COVID-19 pandemic, the website for the U.S. Embassy in Paris says the French government will grant access to individuals with "business activity important to the French economy" but noted that it's a "rare" occurrence.

Additionally, any individuals traveling to France from the United Kingdom or countries outside of the European Union are required to self-isolate for two weeks, per the French consul.

The source tells E! News Kylie and her posse plan to return to California in the next few days.

On Kylie's Instagram Story, it appears that she and her friends visited the Louvre to see the famous Mona Lisa painting, after which they went shopping and grabbed a bite to eat at a local restaurant.

For the outing, Stormi Webster's mom wore a Dior halter top, jeans and tennis shoes. She posed without a mask, which Paris officials recently made mandatory to wear.

She later shared numerous photos of herself on a rooftop, where she was joined for two pictures by the Kardashian sisters' favorite piece of arm candy, Fai Khadra. He posted one of the photos on his Instagram Story as well, along with a few different pictures he took at the Louvre and  museums.

Earlier this month, Kylie also traveled to the island of Turks and Caicos with Khloe Kardashian, Kendall Jenner, Stormi and other close friends to celebrate her 23rd birthday. Of course, the ladies shared plenty of photos from their getaway.

And the celebrations continued when Kylie and Kendall came back to L.A. where they enjoyed dinner with Devin Booker at celeb hot spot Nobu.